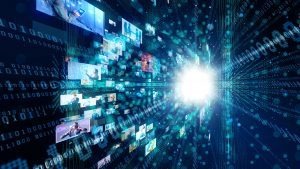 With the difficulties presented by COVID-19, the 5G roadmap might not have progressed as planned, but growth has remained steady for mobile core deployments.

There might be a few vendors nursing headaches as RAN deployments have not scaled as some would have expected, but some consolation can be found in the network core segment. Over the last twelve months, the segment grew 10% to nearly $8 billion with several high-profile deals inked, most notably in China.

“China Mobile and China Unicom have completed their 5G Core tenders, and plan to launch 5G service early in 3Q20. We expect other Chinese service providers will follow very soon. This has raised our outlook to an anticipated growth of 14 percent year over year for the trailing four quarters ending in 1Q21.”

In April, China Mobile selected Ericsson, ZTE and Huawei to deploy 5G network cores across the country, while Nokia saw a minor victory by securing a contract for core deployments with China Unicom. With China Telecom and China Broadcast Network, the newly created fourth telco, undergoing their own tenders, there could be some PR wins on the horizon.

While China is surging forward with its network deployment strategy, it is not alone. In Germany, some activities might be inhibited by the on-going coronavirus pandemic, however Telefonica Deutschland has awarded the contract to deploy its own network core to Ericsson.

“As a network operator serving the most mobile customers in Germany, we have a special social responsibility to provide secure networks,” Telefonica Deutschland CEO Markus Haas said.

Work should be completed on the network core during 2021, with the team targeting network slicing and edge computing services.

“We have a clear plan for the further development of our network infrastructure towards a standalone 5G network that can handle the massive data streams of the future and open up new digital business models for all our customers. In doing so, we are relying on the latest network technologies that the market has to offer.”

Similar to other European nations, German telcos have made the decision to remove Huawei, and other vendors who would be deemed high risk, from network cores. Interestingly enough, this trend does not seem to have had too much of a material impact on Huawei’s business. Dell’Oro estimates Huawei and Ericsson combined for over half of the market, while Nokia, ZTE, and Cisco more than 25%.

Although the network core elements of 5G is not the most financially rewarding for the infrastructure vendors, it is a very good sign for the industry. Although widespread installation of 5G base stations are an easy boast, 5G services cannot be delivered in earnest without a 5G network core, enough fibre in the ground and a dispersed cloud network where enough attention has been given to the edge.

Progress in the core is progress for 5G as new services, such as network slicing and automation, can be more effectively delivered. It might not be the most profitable part of the industry, but perhaps a more material indicator of 5G progress. 5G RAN offers a speed upgrade, somewhat of an aesthetic benefit, but the core offers the opportunity to deliver services which were not realistic in the 4G era.