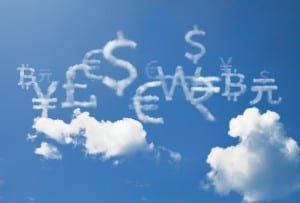 While it might be a titan in certain segments of the telecoms and technology world, enterprise cloud services is not a significant earner for Tencent. That said, the Chinese cloud computing market is only a fraction of what it could be as it is still pushing through its digital transformation programme.

“As one of the leading cloud service providers in China, Tencent invests heavily in talent and technological innovation, actively promoting the development of the Industrial Internet,” a Tencent spokesperson said.

The team has said it will construct a series of large data centres, each of which will contain more than a million servers. With more companies having their eyes opened to the benefits of remote working and cloud computing, this might be a sensible time to push forward with such plans.

For the final three months of 2019, total spend for cloud computing was $3.3 billion. This is still the second-largest market worldwide but considering the scale and breadth of the Chinese economy, there are huge profits on the horizon.

What is not entirely clear is whether this strategy is a prelude to an assault on the international cloud markets.

A strategy which is becoming common for Chinese telecoms and technology companies is to generate significant revenues in the domestic market before looking internationally. Huawei did it for base stations and consumer devices, Xiaomi is attempting this move for its own smartphones and Alibaba is attempting to implement the expansion for cloud services.

The Chinese cloud computing market can act as a springboard for greater profits in the future, but for the moment, there is incredible opportunity as this monstrously large economy shifts into the cloud.

10 of the Most Important and Interesting Facts about the Narcissus Myth
Samsung Galaxy Z Fold 4 Reportedly Receiving December 2022 Android Security Update: All Details
Blossom breaks free with “On My Own” and announces her debut headlining tour
Kirstie Alley Dead at 71 After Private Battle with Cancer
Rezz opens up in rare interview on mental health, insomnia, relationships & more