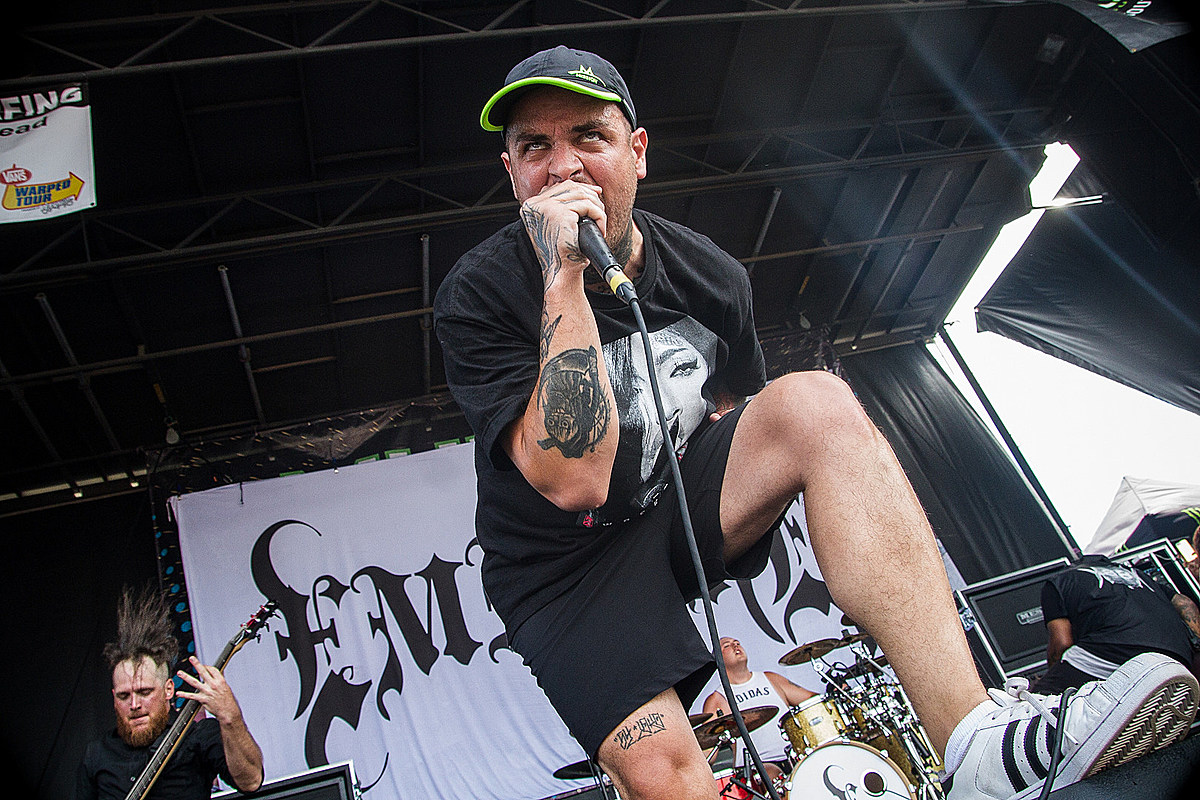 Emmure have just laid out plans for their eighth album, Hindsight, and debuted a music video for the floor-punching new single, “Uncontrollable Descent,” which follows the release of “Gypsy Disco” and “Pig’s Ear.”

Loaded with heart-palpitating chugs, squawking scrapes and the fired up delivery from vocalist Frankie Palmeri, “Uncontrollable Descent” is a confrontational, sub-three-minute dose of confrontation and aggression.

If you’re looking for the message behind it all though, don’t expect Palmeri to lay it out for you.

“The label asked me to attach a quote about the new album and this new single so that there can be some words to chew on as this press release goes out. I am not sure what to say. I simply hope the fans enjoy the song as much as we do and look forward to the full album releasing this year,” the singer began.

“Beyond that, I don’t believe in explaining what the music is supposed to be about,” Palmeri continued before launching into a tirade suggesting that fans who need an explanation about a song are less inclined to be free-thinking individuals.

“In fact, I consider it creatively bankrupt to rob people of a chance to experience, dissect and create their own unique ownership of what a song potentially represents to them. I want people to hear the music and take away whatever feeling they want,” stressed the frontman.

“If an artist is outright telling you why a song or album was written, not only do I personally find it pretentious,” Palmeri went on, “but they might as well spoon feed you your meals and pick out your clothes for you, since you’re clearly incapable of thinking for yourself.”

He did, however, reveal a bit about his lyrics, noting the bilateral nature that will leave fans sorting out what is surface level meaning and what requires some more digging. “What makes explaining it even worse than what I already mentioned, is that the message within is literally and figuratively already spelled out for you, so if you can’t figure it out or at the very least surmise your own explanation, then you’re better off just reading a dictionary if you’re too lazy discover the meaning in something for yourself,” asserted Palmeri in conclusion.

Listen to “Uncontrollable Descent” further down the page and pour over the meaning of the song’s lyrics directly below.

Wise men have been told
That you get what you give
But now you’re getting out
You can’t handle all the mistakes that you made the pressure’s adding up
Running out of time
Now the dreams that you had, they start to slip away
You can try to hide from the truth, but the truth will always get you

Wise men have been told
That this life is a gift, but never opening
Always wrapping up, to be put in the hands on the next one
Bathe in your grief
Your struggle is not unique

Back to reality with me…

Hindsight will be released digitally on June 26 and physically copies will be available a month later on July 24. View the album art and track listing beneath the “Uncontrollable Descent” video.