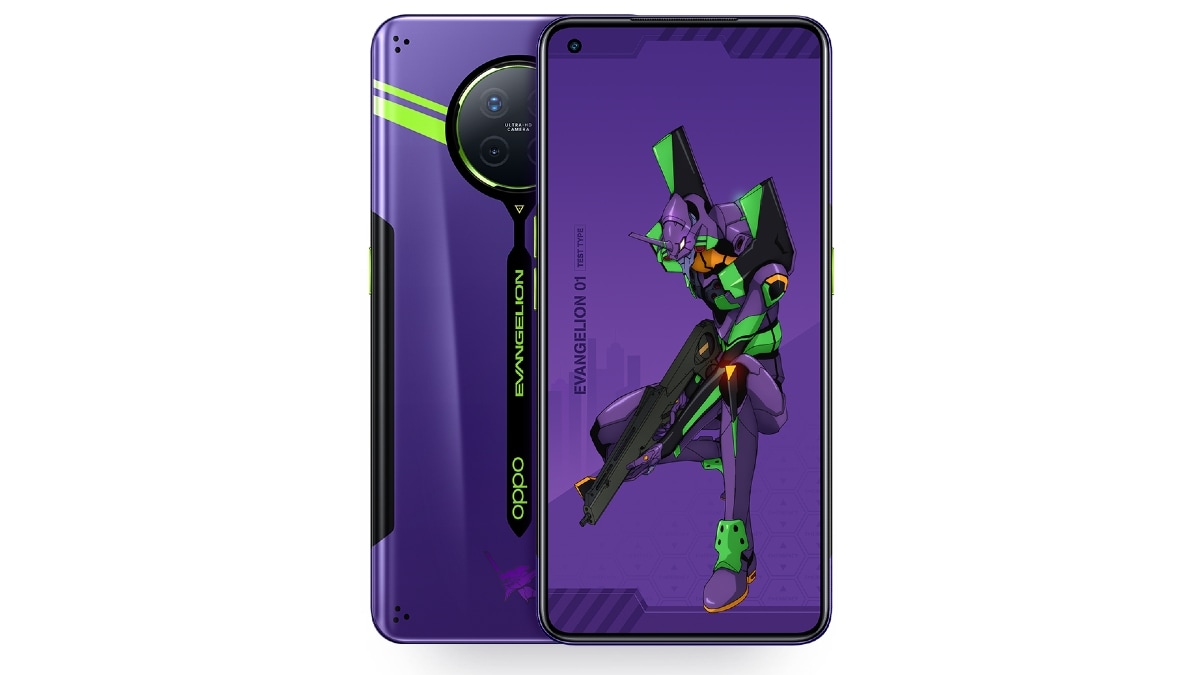 Oppo Ace 2 EVA Limited Edition smartphone has launched in China. The phone is essentially identical to the Ace 2 launched last month, but it comes with an exterior aesthetic inspired by anime series Neon Genesis Evangelion. The Oppo Ace 2 EVA Limited Edition comes in a blue finish with ‘Evangelion’ written at the back, and wallpapers inspired by the anime series. The retail box of the new limited edition phone also has a unique white capsule-like design. The phone is listed to be powered by the Qualcomm Snapdragon 865 processor and support 65W Super Flash Charge support.

Apart from the Ace 2 EVA Limited Edition, Oppo has also launched EVA limited edition models of a bunch of other existing products from its portfolio. This includes the Enco W31 TWS earbuds priced at CNY 399 (roughly Rs. 4,200), Oppo Air VOOC wireless charger priced at CNY 299 (roughly Rs. 3,100), and Oppo Watch priced at CNY 2,199 (roughly Rs. 23,200). The entire line-up of EVA series will go on sale on June 1 via online and offline channels in China.

Oppo is celebrating the 25th anniversary of Neon Genesis Evangelion anime, and alongside these products, it also teased the arrival of Oppo Band EVA Limited Edition as coming soon. Its pricing and other details were not revealed given that the original Oppo Band hasn’t been unveiled yet. As per GizmoChina, the Oppo Band is expected to launch during the Oppo Reno 4 event. The phone is being teased by the company, but the launch date is yet to be announced. 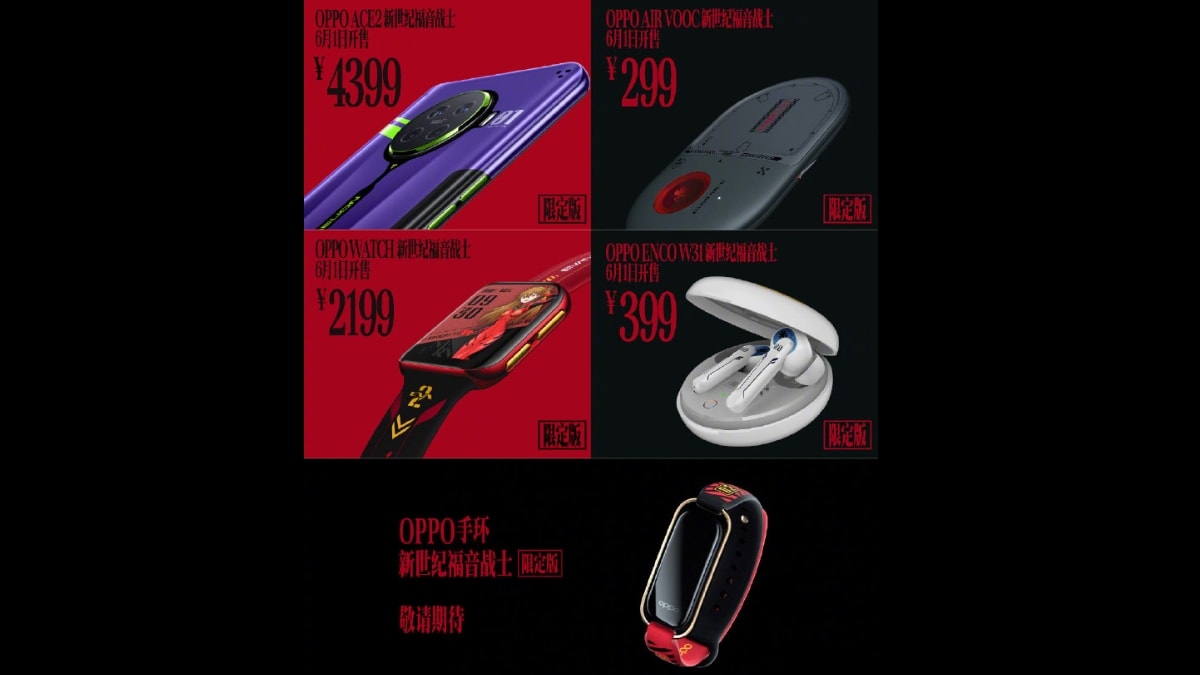 The Oppo Ace 2 EVA Limited Edition should have identical specifications as the Oppo Ace 2 launched last month. It should feature a 6.5-inch (1080×2400 pixels) full-HD+ AMOLED display and be powered by the Snapdragon 865 SoC. There should be a 12GB RAM onboard, with up to 256GB UFS 3.0 storage. The quad camera setup should include a 48-megapixel main camera with f/1.7 aperture, 8-megapixel ultra-wide-angle lens with f/2.2 aperture, 2-megapixel portrait sensor, and a last 2-megapixel monochrome lens with f/2.4 aperture. Up front, the Oppo Ace 2 EVA Limited Edition has a 16-megapixel selfie camera with f/2.4 aperture. 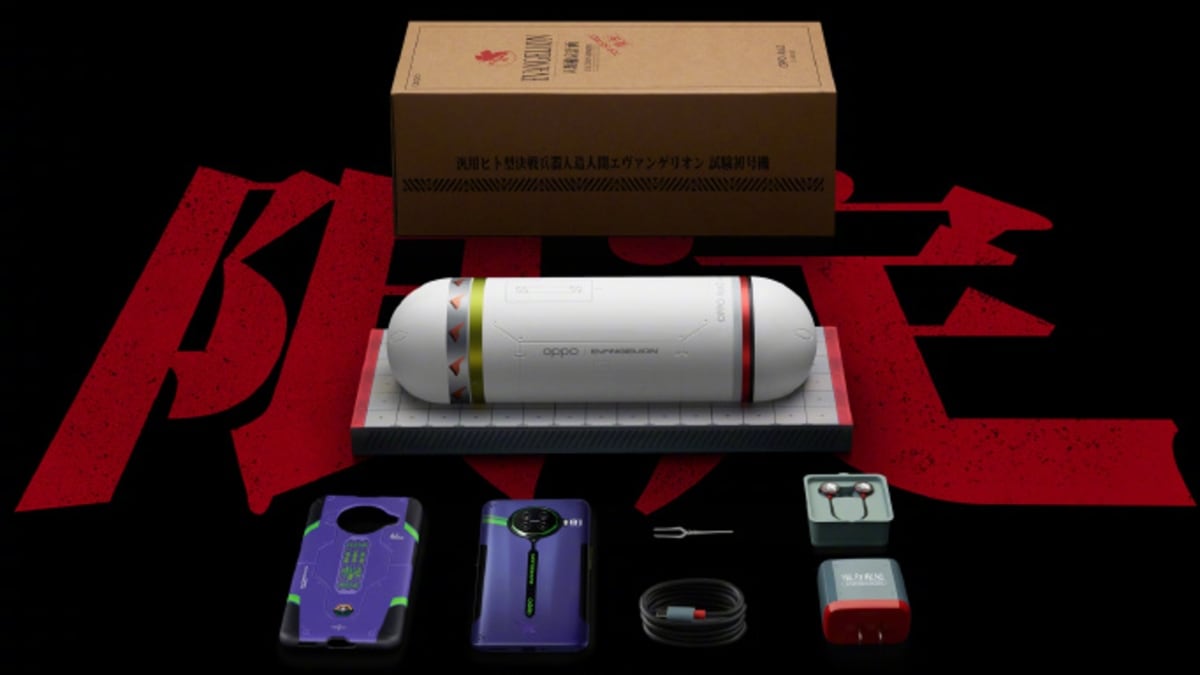 There is going to be a 4,000mAh battery on the Oppo Ace 2 EVA Limited Edition with 65W SuperVOOC 2.0 Flash Charge and 40W Air VOOC wireless fast charging support. There is an in-display fingerprint sensor on board.