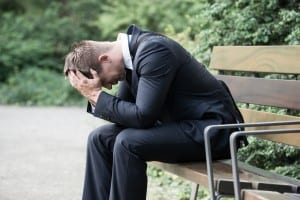 UK telco Three has announced the appointment of Carlo Melis as Chief Network Officer just as the Huawei saga starts to rear its head once again.

Over the course of the last week, the rumour mill has been churning at full capacity, with Huawei’s name popping up on more than one occasion. Prime Minister Boris Johnson is facing a backbencher revolt unless ‘high-risk’ vendors are removed from networks within years, while the National Cyber Security Centre (NCSC) is once again investigating whether the firm is in a sound enough position to work with UK telcos.

One might have said there were better times for Melis to join the business.

Arriving from Wind Tre in Italy, Melis has been working on network resilience during the on-going COVID-19 landscape though eventually his attention will turn to managing the spectrum portfolio and presumably creating a network which can rival market leaders within the UK. Much work has been done in recent years, though thanks to outside influences, Three is still in somewhat of a difficult position.

“Three has been on an incredible journey, completely overhauling its network and IT infrastructure and laying the foundations for a 5G network that will dramatically transform the experience for its customers, at the same time as delivering major 4G improvements,” said Melis.

“I’m looking forward to joining Three, bringing my expertise to build on the great progress already achieved and to deliver a network that will stand the business in good stead long into the future.”

The last few months have certainly been an eclectic mix of ups and downs for the Three business. The fixed wireless access (FWA) proposition and campus network offering was looking healthy before Ros Singleton left the business. These business units are still functional, but look a little weaker without Singleton involved, however it is the more mainstream 5G programme which looks more precarious.

Announced at almost the exact same time as the departure of Phil Sheppard, who was effectively the company’s CTO, was the conclusion of the Supply Chain Review. Huawei was designated a high-risk vendor, and therefore limited to providing a maximum of 35% of a telcos network infrastructure equipment. This is a significant problem for Three which decided Huawei was going to be the sole supplier of RAN equipment for its 5G network.

These are the complications Melis needs to manage over the next few months. Alongside the teething problems of a new cloud core and ensuring the 4G network remains stable during this period of dramatically increased traffic, the 5G deployment strategy needs to be reimagined. Of course, this becomes difficult when even more uncertainty is introduced by rebellious politicians and the NCSC investigation.

It could have been a smoother start for Melis…

Ericsson and SkyMax to deploy 5G across Sub-Saharan Africa
20 of the most beautiful villages in Italy
‘Succession’ Star Alan Ruck Says Trump Drama Is Crazier Than His Show
AT&T extends Oracle cloud deal for another five years
Comedian Teddy Ray Died in Apparent Drowning, Found in Pool by Worker