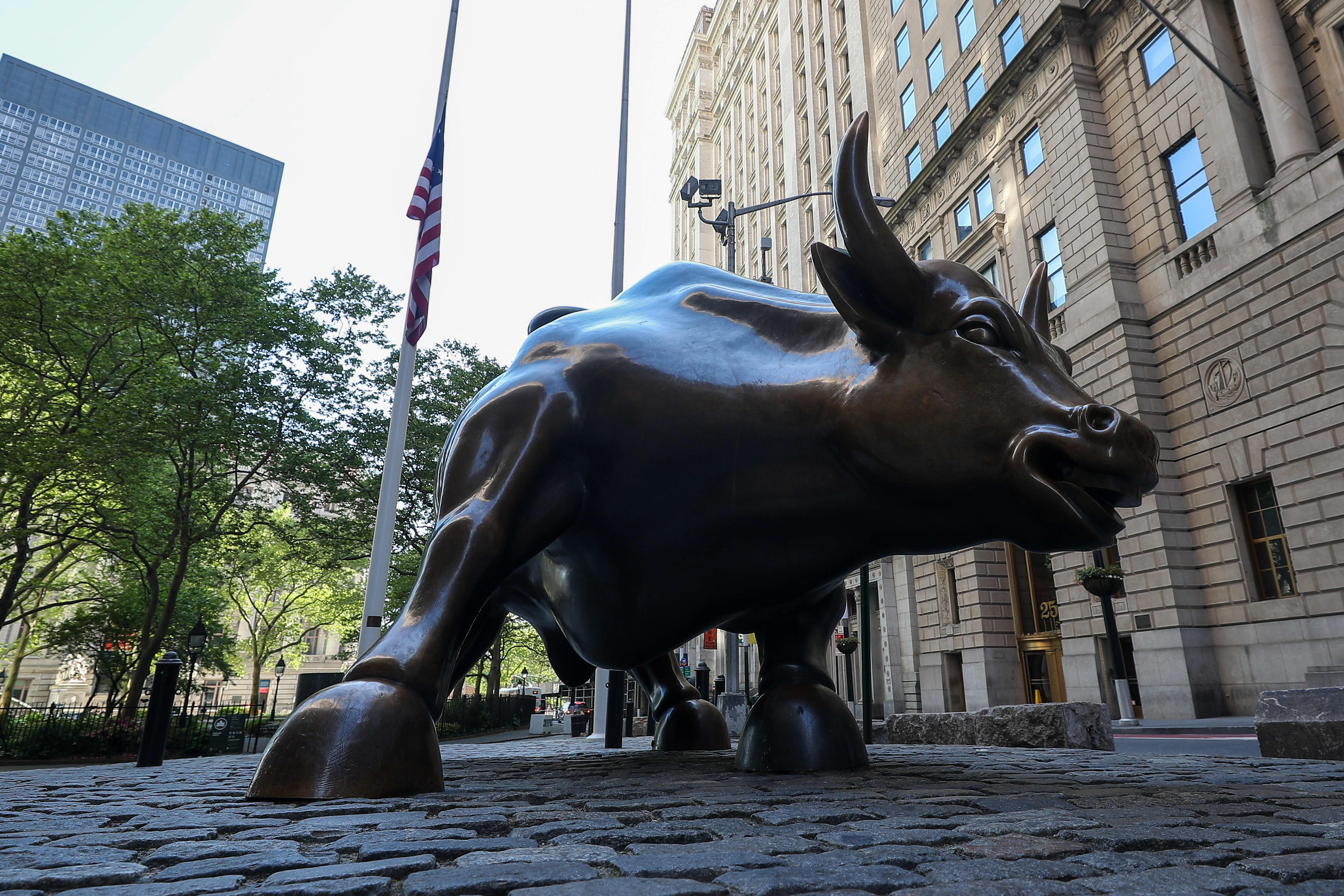 Dow futures were pointing to an over 600-point gain at Tuesday’s open to begin the holiday-shortened trading week as investors bet on the economy reopening and a coronavirus vaccine breakthrough.

Shares of Novavax were soaring about 20% in Tuesday’s premarket after the Maryland-based biotech announced the start of a phase one clinical trial of a coronavirus vaccine candidate.

Novavax is backed by the public-private Coalition for Epidemic Preparedness Innovations, funded in part by the Bill & Melinda Gates Foundation. Earlier this month, Massachusetts-based Moderna reported positive developments on its vaccine trial.

New Jersey-based Merck said it plans to work on a coronavirus vaccine alongside IAVI, a nonprofit scientific research organization that also credits the Gates Foundation among on its donors.

In a separate move, Merck has agreed to acquire Austria-based Themis, a privately held company focused on vaccines and therapies for infectious diseases and cancer. Shares of Dow component Merck were higher in the premarket.

With four trading days left in May, the Dow Jones Industrial Average is on track for a monthly gain. The S&P 500 and Nasdaq are also poised for a positive month. All three stock measures were little changed Friday after strong weekly advances. As tech stocks rallied, the Nasdaq has been the big winner on Wall Street, climbing to within a little over 5% of its February record high.

The World Health Organization, citing safety concerns, temporarily suspended its trial of hydroxycholoroquine, the unproven drug backed and taken as a precaution by President Donald Trump to combat the coronavirus. There are numerous other clinical trials looking at the possible effectiveness the anti-malarial drug against Covid-19.

The WHO is also warning that nations seeing declining infection rates could still face an “immediate second peak” if they were to let up too soon on measures to halt the outbreak, such as social distancing. On Sunday, Dr. Deborah Birx, coordinator of the White House coronavirus task force, said she was “very concerned” about images of people crowding together over the long Memorial Day weekend.

The floor of the New York Stock Exchange, closed since March 23, partially reopens Tuesday. Only about 80 floor brokers will be allowed, about 25% of the number prior to the coronavirus pandemic. Everyone entering will be required to get their temperature checked and sign a legal document stating they understand the risks, will follow the rules, and indemnify the NYSE against lawsuits. The reopening rules also prohibit entry to anyone who arrived using public transportation, an issue since the vast majority of those who work at the exchange take public transportation.

People at a public transport, in Sao Paulo, Brazil, on May 19, 2020 during the coronavirus emergency.

The White House is denying entry into the U.S. anyone from Brazil, effective at midnight. The travel ban comes as Brazil’s total coronavirus cases swelled to nearly 375,000, second only to America’s almost 1.7 million infections. The U.S. is nearing 100,000 deaths, over a quarter of the worldwide fatalities. Globally, total cases topped 5.5 million with 346,632 deaths. Trump had already banned certain travelers from China, Europe, the United Kingdom and Ireland and, to a lesser extent, Iran. However, he has not moved to restrict travel from Russia, which has the world’s third-highest total.

Demonstrators at a protest against a planned national security law, at a shopping mall in Hong Kong, on May 25, 2020.

The U.S. government would likely impose sanctions against China if the communist government were to implement a Hong Kong national security law, according to White House National Security Advisor Robert O’Brien. China’s decision last week to introduce a draft measure reignited concerns over eroding freedoms in Hong Kong and triggered protests in the special administrative region over the weekend. The law would target acts of secession, subverting state power and organizing and carrying out terrorist activities, as well interference by foreign or external forces.

— The Associated Press and Reuters contributed to this report. Follow all the developments on Wall Street in real-time with CNBC’s live markets blog. Get the latest on the pandemic with our coronavirus blog.