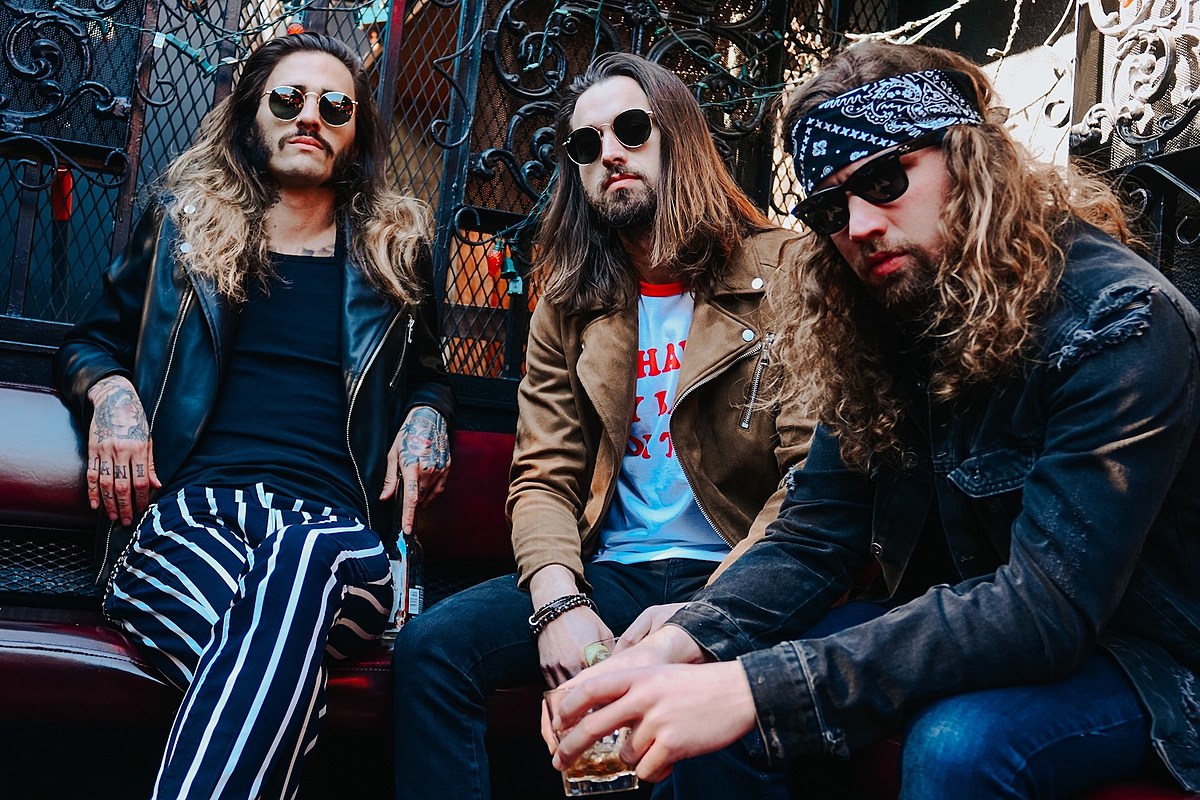 You may have heard of Southern California rock trio Them Evils before, especially back in 2018 when they released their EP Rollin’ Stoned and Livin’ Free. After two years, they’re back with a new single, “Where Ya Gonna Crash Tonight?” While the song will not be out until May 29, the band have filmed an acoustic version exclusively for Loudwire to preview it for fans.

Known for their party rock anthems, “Where Ya Gonna Crash Tonight?” is a step forward in maturity for the band in terms of both songwriting and sound. The result is a collaborative effort between the band members — Jordan Griffin, Jake Massanari and David Delaney II — as well as Escape the Fate‘s Kevin “Thrasher” Gruft, Aaron Edwards and producer Jim Kaufman.

Delaney II describes the song as being reflective of their tour experiences. “There’s always a level of uncertainty when waking up in a bus and heading to the next city to play a show. You never know where a night is going to take you when you are having a good time and living in the moment… The lyrics in the song give details on what we go through on a daily basis living the “Rock N’ Roll” lifestyle that people daydream about.”

“When we sat in a writing room with Kevin Thrasher and Aaron Edwards we instantly hit it off,” he continued. “After slamming a few beers and sharing tour stories we knew that we were going to accomplish exactly what we were setting out to do! Once the writing/demo sessions were over — we immediately set up recording time with our good friend and producer, Jim Kaufman, at his home studio. Working with Kaufman is a humbling experience of its own.”

Check out the exclusive acoustic performance of “Where Ya Gonna Crash Tonight?” below, and pre-save the full studio version of the song here before it comes out Friday, May 29.

A Summary and Analysis of Sandra Cisneros’ ‘Salvador Late or Early’
99 Get To Know You Questions: From Dating To Happily Ever After 2022
Box Office Results: Wakanda Forever Rules Thanksgiving
Colt ramps up IBM relationship with industry 4.0 lab
Jason Momoa ‘Chief of War’ Filming Shuts Down Farmers Market, Hawaii Locals Upset