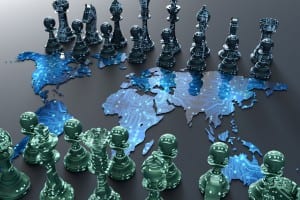 With 9,000 towers spread across 15 countries, Phoenix is quickly turning into one of the major players in the telecom infrastructure game. The acquisition of these assets, 100% of eir’s tower portfolio, will further drive Phoenix into the European markets, following hot on the heels of a deal with Bouygues Telecom to acquire 4,000 sites in France.

“Ireland represents an important economic hub for Europe and the world, and we are proud to support eir on their ongoing build-outs across the country,” said Tim Culver, Executive Chairman of Phoenix Tower International. “This transaction further expands PTI’s global footprint and we are excited to be a long-term partner of eir.”

Although operations are primarily focused in the Americas, Phoenix is becoming a much more familiar name for European telcos, several of which are keen to explore ways to access more cash.

While it is certainly a more attractive position to own assets rather than lease off an outside party, the deployment of 5G networks and upgrading broadband to full fibre are two very expensive projects. With the price of connectivity contracts only going down, spreadsheets only tolerating so much debt and investors only able to cough up so much, alternative means to raise funds are needed. The sale of physical infrastructure, the passive part of the network is proving to be a popular way forward.

Phoenix Tower International is one company which realises the potential of asset with (theoretically) consistent demand and zero expiry date, but it is not alone. Cellnex is hoovering up assets across Europe, InfraVia is finding cash to invest, as is Brookfield, a Canadian alternative asset management company. All of these companies recognise that owning the passive infrastructure in a world which is increasingly defined by mobile connectivity is an attractive bet.

But what does this mean for the industry? The influence of the telco on the telco industry is being diluted.

If the telcos no-longer want to own or invest in passive infrastructure, they will have less influence on construction plans, as let’s not forget, companies like Phoenix will have multiple customers to consider. There are of course build-to-suit programmes, but new sites will have to be attractive to multiple telco customers, not just one.

This is a compromise which has to be made. The telcos need money, they have assets to sell, but they will have to accept that they are also trading a slither of control of their own fate. We suspect there will be criticism of this trend in decades to come, when the future leaders of telcos are finding their voices drowned out by other segments of the industry, but it is a case of needs must.

100 gecs and Skrillex finally team up on “Torture Me”
FCC closes another loophole for imported Chinese telco gear
n+1’s Bookmatch has perfect book recommendations for you (and every protagonist in your life).
A Summary and Analysis of Mary Oliver’s ‘The Journey’
4 Essential Skincare Products Every Man Needs: Made Easy, Courtesy of Apricus