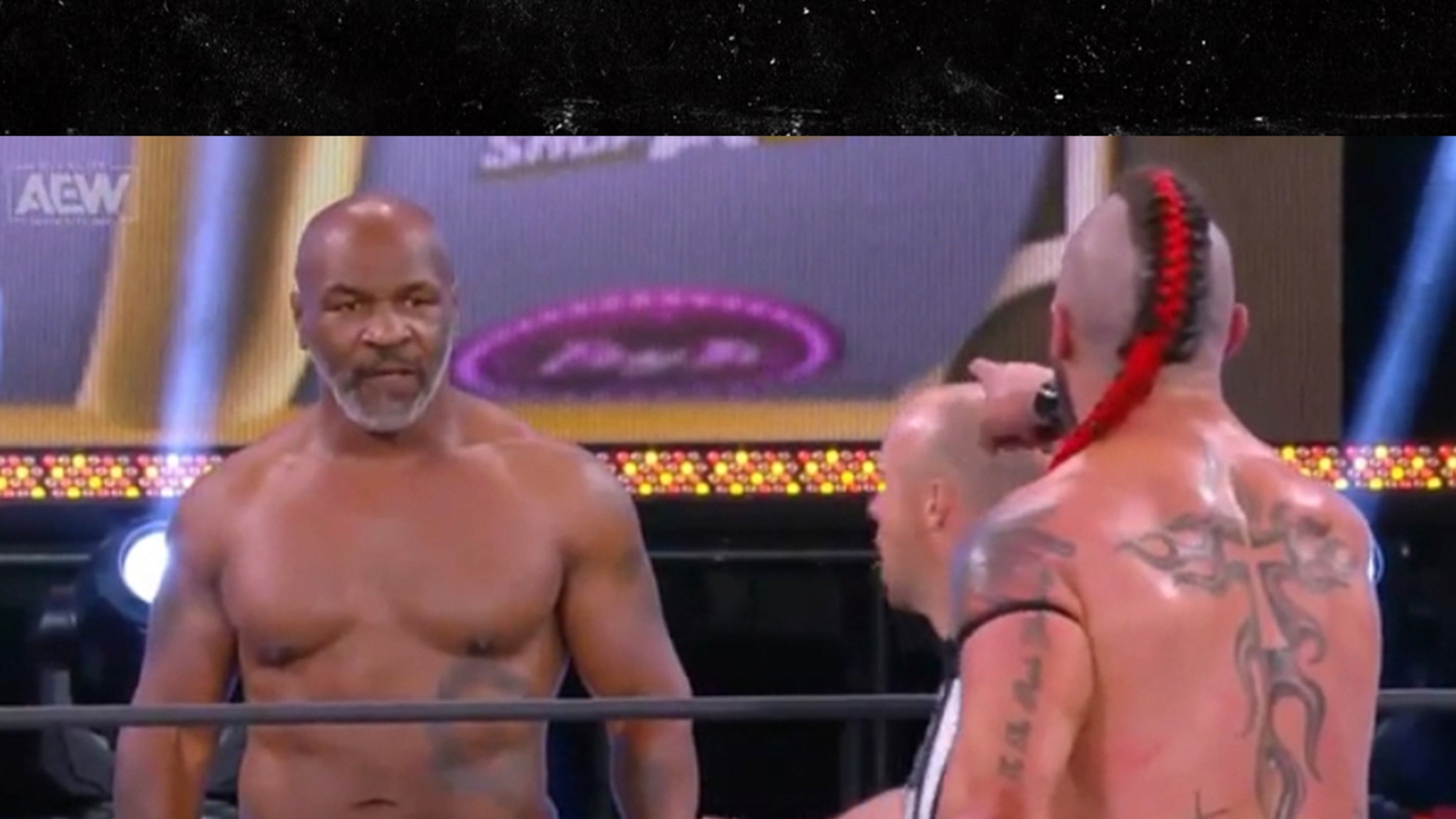 Iron Mike was supposed to do the honors at the AEW “Double or Nothing” pay-per-view by handing the winners of the title match the championship belt — he ended up doing a lot more. 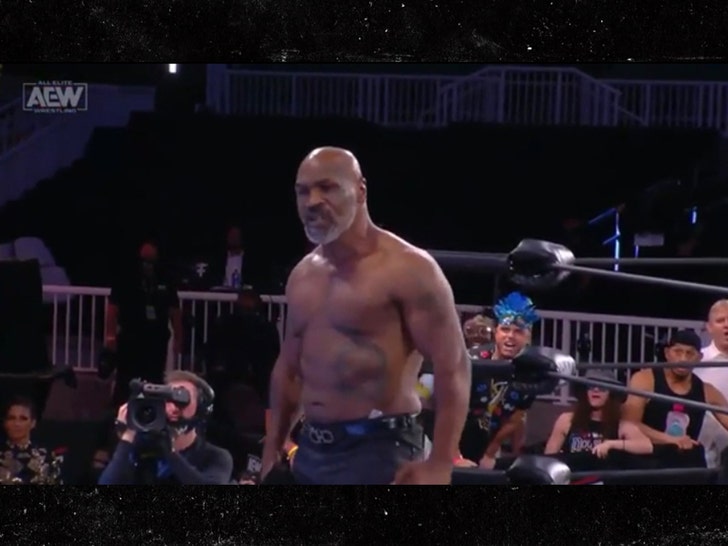 The match — Cody with Arn Anderson by his aide vs Lance Archer w/ Jake the Snake Roberts — was back and forth. At one point Arn and Jake were hurled out of the ring and Jake was trying to make his way back inside with the ominous bag containing a snake.

That’s all the former boxing champ needed to see, because Mike ripped off his shirt, revealing his amazing physique, and blocked Jack with intimidating force. It worked, because Jake and the snake retreated, giving Cody and Archer the win. 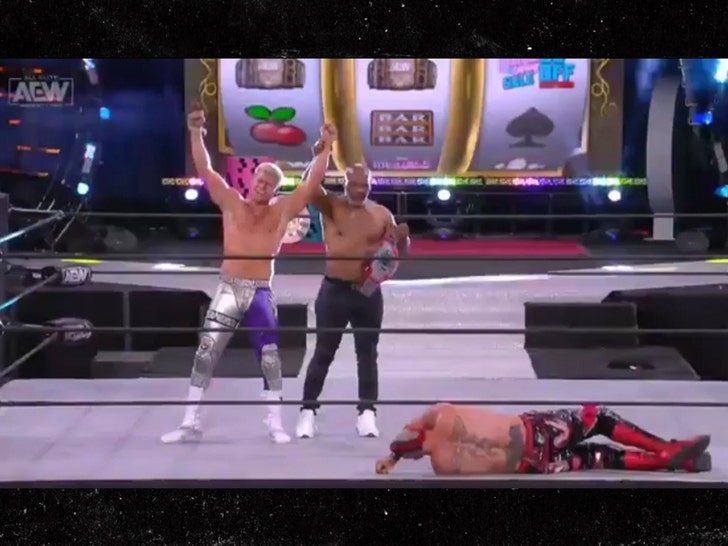 Mike then flexed for the viewers and then bestowed the honor on Cody by handing him the belt. He didn’t have to throw a punch but he sealed the deal on the match — Mike’s THAT daunting.

If it happens, we’ll be watching, for sure.