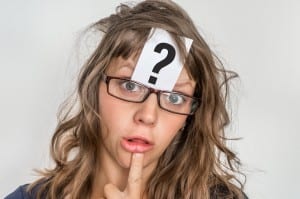 Some might assume the strategy to combat COVID-19 is being devised on the hoof while patchy delivery suggests there is little communication between departments, and the cynics would be right!

After a week of bouncing from department to department and representatives being unable to offer any clear guidance or in-depth knowledge of the contact tracing application, Telecoms.com is becoming increasingly concerned about the Government strategy, as well as potential implications for privacy and security.

With the information which has been offered from Government representatives to date, it is clear few have any idea what is actually going on.

Last week, the Cabinet Office released new documents which detailed the UK Government strategy to exit the current societal lockdown. Featured in this broad document were 14 projects needed to ensure the country can exit the lockdown effectively, including the creation of a contact-tracing application to monitor the impact and potential spread of the virus.

The following extract is from the bottom of page 39, the section dealing with testing and tracing:

“Information collected through the Test and Trace programme, together with wider data from sources such as 111 online, will form part of a core national COVID-19 dataset. The creators of a number of independent apps and websites which have already launched to collect similar data have agreed to work openly with the NHS and have aligned their products and data as part of this central, national effort.”

Despite this document being published and distributed by the Cabinet Department, and featuring a foreword from Prime Minister Boris Johnson, it was unknown who the ‘independent apps and websites’ are, when the trials of the COVID-19 tracing app on the Isle of Wight would be concluded or how many downloads were being targeted upon release.

Considering the importance of this document and the material in it, one would assume this information would be available, though we were referred to other Government departments, who have not been able to provide insight either.

This is not the first time we have been referred from a department which should have knowledge of the situation and to another. In recent weeks, prior to the beginning of the Isle of Wight trials, the Department of Digital, Culture, Media and Sport (DCMS) stated it was not involved at all with the development of the application, referring us to the Department of Health and Social Care (DHSC), before being directed by representatives of DHSC to the NHS technology unit where communication went unanswered.

Despite the Cabinet Office, DCMS and DHSC presumably being critical Government departments in the development of a contact tracing app to combat COVID-19, there does not seem to be anyone in the know as to what is actually going on.

Unfortunately for everyone involved, the questions posed were not overly complex and should be simple to answer if the information is available, instead one department pointed us to another. Perhaps no-one wanted to muddy their hands with what is quickly turning into a debacle, or maybe no-one could actually answer these simple questions.

If there is little contribution from these departments on the development of the app, how can one ensure there are effective safeguards for cybersecurity or data privacy? The Government has gone against industry advice in pursing a centralised data model, but confidence in its ability to manage this process is increasingly thinning.

The NHS has somewhat of a checkered past when it comes to digital and data projects, and that is putting it politely. Some of these previous attempts to do digital in the NHS has been completely and utterly disastrous, accomplishing nothing, yet the NHS is seemingly blindly trusted as Government departments plead ignorance. The NHS flying solo will have some critics shifting in their seats very uncomfortably.

For the app to work as desired, 60% adoption is a number which has been floated by academia. This is going to be a big ask, therefore delivery will have to be close to perfection. One might hope that the relevant Government departments are a bit more informed moving forward considering the importance of this technology in aiding the UK’s recovery.

Ghost Is the 2022 Artist of the Year – Interview
U.S. again delays deadline for Real IDs, until May 2025
15 Best Parkas For Men: Warm Winter Jackets For All Styles 2022
Italian government cans existing single network plan
A Summary and Analysis of Isabel Allende’s ‘And of Clay We Are Created’