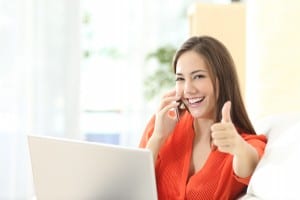 It is most likely anyone reading this article is doing so from the comfort of their own home, but the question is whether this has become the new norm is a digitally defined economy?

With many economies and sectors dependent on a fully functioning telecoms network and a healthy digital ecosystem, perhaps we should be wondering why the idea of remote working is not more common. Many companies would say they are forward-looking and innovative, but the vast majority were forced through a digital transformation programme by the COVID-19 pandemic, not their own choosing.

The issue with coerced evolution is that there is a temptation to return to the ways of old, heading back to stodgy offices as the unambitious, unimaginative and uninspiring crave the familiarity of the known. Managers might say ‘teams work better when we’re together’ or ‘we’re an industry where it doesn’t work’, but this is probably a cover. The fact that many businesses still function during lockdown shows this is not true.

The office will never become extinct and face-to-face meetings will always be a requirement, but not every day; such resistance is simply an admission of inability to adapt to a changing economy or evolving society. Said managers would probably have fit in very well at Blockbusters when Reed Hastings pitched Netflix.

There are of course some jobs where working from home is an impossibility, but the fact that the economy

Today’s working practice is an extreme. But one would hope organisations at least take some of today’s mobility and incorporate into tomorrow’s operations. Some will revert to the analogue era, convinced that ‘hot desking’ is progress, but hopefully the majority will evolve and learn from this period of rapid transformation.

Of course, what is worth noting is that some serious changes will have to be made to ensure operations are in a healthy and sustainable position. Some companies might be managing the strain of remote working well today, but who knows which straw might be the fatal one.

A recent survey from Cato Networks suggested 55% of respondents experienced an increase of 75%-100% in remote access usage, while 28% saw usage shoot up more than 200%. VPN’s might be the most common form of remote access technologies, but products are bought for a purpose; most will not be designed for the surge above normal requirements.

67% of the respondents to the survey said complaints had been lodged from remote users, where connection instability and slow application response are the leading problems. Cato suggests the VPN might be a choke point in operations as it uses public internet to backhaul traffic to a datacentre or up to the cloud. In short, there will have to be a rethink on how money is spent and on what.

“…on the front-end you’d be looking at redundant VPN servers, ideally in each region where remote users operate,” said Dave Greenfield, Technology Evangelist at Cato Networks.

“For security, you’ll need antimalware and URL filtering. For the backend, you’ll need to connect and secure your cloud applications and resources. This says nothing about any of the management or troubleshooting tools that might be needed to support remote users.”

This is a disruption to business operations, and whenever there is a disruption, there are those who prefer the quieter life of the status quo. Every organisation has individuals who would rather this stay the same and this is the risk today; how many organisations will return to the pre-COVID-19 way of working, rendering these enforced digital transformation projects temporary.

Wind River, a software provider for connected systems and another company hoping to benefit from the pandemic transformation, is suggesting COVID-19 has caused 90% of enterprises to undergo some change in business processes, with 90% of respondents suggesting there has been an impact on being able to meet customer demands. Again, this might force companies back to old ways as some people simply don’t like challenges. 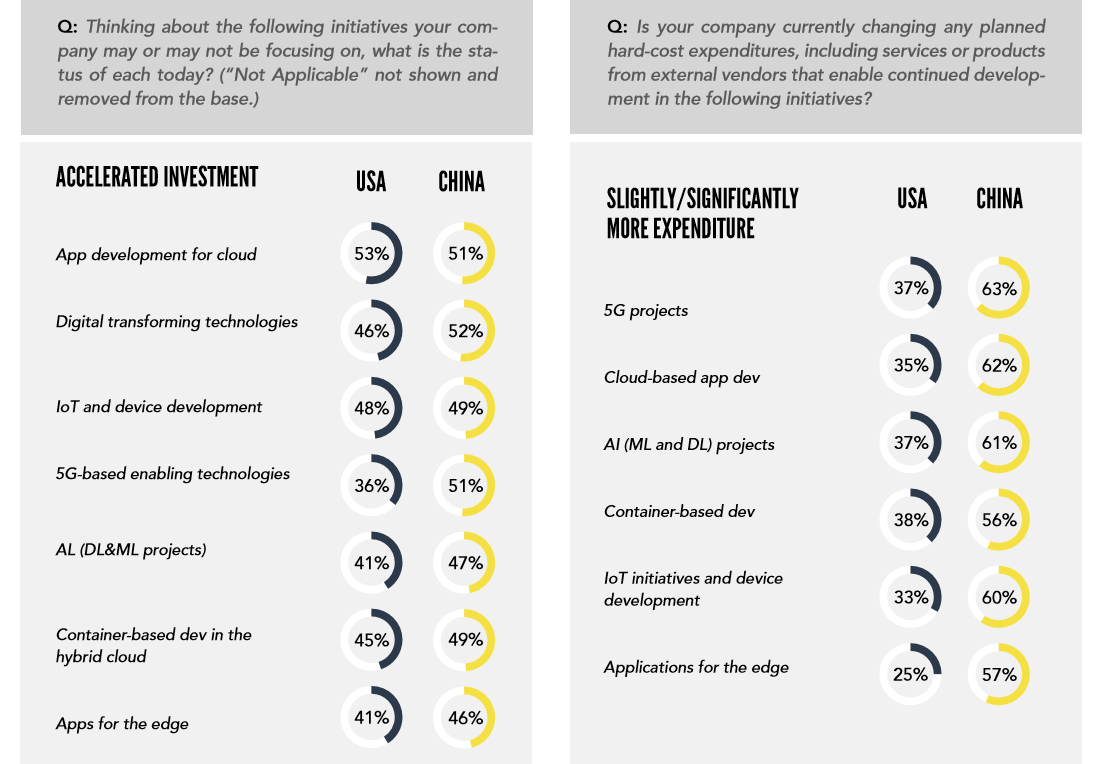 Interestingly enough, the Wind River research also suggests that IT spend on cloud-based application development has and will increase by 35% because of the coronavirus-enforced periods of lockdown. This increases to 62% in China. This shift to cloud-based technologies and processes should theoretically enable mobility in the work and flexibility in working practises.

Ultimately, the issue with some of these survey’s is that decision makers are the respondents, many of whom will say the right things because they believe they are the right things to say. This does not mean they are empowered to make changes or even have the staying power to see through any form of evolution. Sometimes it is best to ask the foot soldiers, those who fight in the trenches each day, those who are slightly more immune to the politics of business and may well give a more straight forward answer.

When asking Telecoms.com readers whether they thought the flexible and remote working conditions would stay, the results are quite interesting.

Of course, the adaptability of employees and employers is one on element of the equation, there will have to be the communications infrastructure in place.

What will be encouraging for all involved is the resilience of networks as internet traffic surges. These networks have not been designed with the current working dynamic in mind, but performance has been maintained.

According to data from Netscout, internet traffic jumped between 25-35% on home broadband networks from mid-March, when most lockdown protocols were being enforced. What is worth noting is this is a global average, some markets have experienced much higher peaks, for example Italy and the UK. But most importantly, networks have not failed because of the increased strain.

Interestingly enough, speaking at a Time Higher Education conference this week, Muhammad Imran, a Professor of Communication Systems at the University of Glasgow, suggested the work from home trends could be aided by the embracement of smart cities initiatives.

The ‘Accessible City’ is an idea which can help people work remotely. Imran has questioned why people should have to move to work in some jobs, a factor which could lead to an offer falling through or being turned down. Not everyone can move for a job, and for some low-income families it could be a barrier to entry.

Remote and flexible working is not only an opportunity to increase employee welfare, but it could also democratize some careers, breaking down social barriers and opening up opportunities for those who would have previously been overlooked.

Another element to consider is whether people are actually better at their jobs when they work from home.

Research from Harvard Business School suggested a 4.4% increase in output from those who have been empowered to work from home, while software company Prodoscore has said productivity could go up by as much as 44%. Numerous research papers have pointed to remote working being a plus to employers, as well as a benefit to employees.

Despite this research, which has been around for years, most executives have resisted the temptation to evolve working practices, leaving the idea of remote and flexible working to be cultivated by others, most of the time digitally native organisations. Some companies, and people, are stuck in their ways and they will not be as attractive to potential employees as others.

Some will embrace the coerced digital transformation, and some might revert back the ways of old. It will be interesting to see which business leaders are stuck in a previous generation.