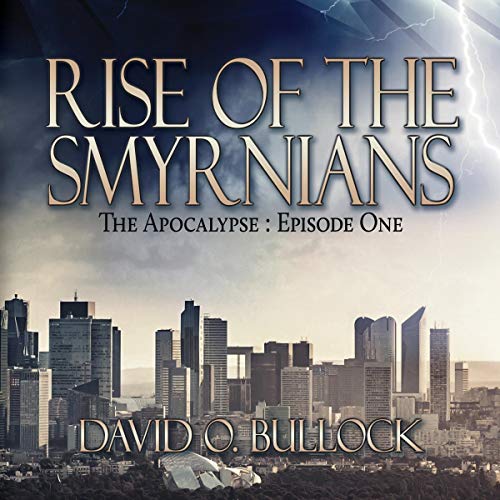 Blake Thompson is the top reporter for a major television network. When up to one-fourth of the world’s population suddenly disappears, it appears an alien invasion has finally taken place.

As the world deals with the devastating loss, Blake sets out to discover and report the truth and also help prepare humanity for possible future attacks.

As facts unfold, an unlikely band of warriors known as the Smyrnians arises. These include Blake’s cameraman Anders Norstrom, his rival in the news game Beth Jennings, college students Evan Ryles and Ally Fromm, professor John Baldwin, and others. Together, they will battle what appears to be an insurmountable foe. They will face not only the fight of their lives, but a fight for their lives.

Beacon Audiobooks has just released “Rise Of The Smyrnians: The Apocalypse: Episode One” written by author David O. Bullock and narrated by Dan Gilvezan. Now available worldwide, download your copy on Audible today:

The official website for Beacon Audiobooks may be found at http://www.beaconaudiobooks.com