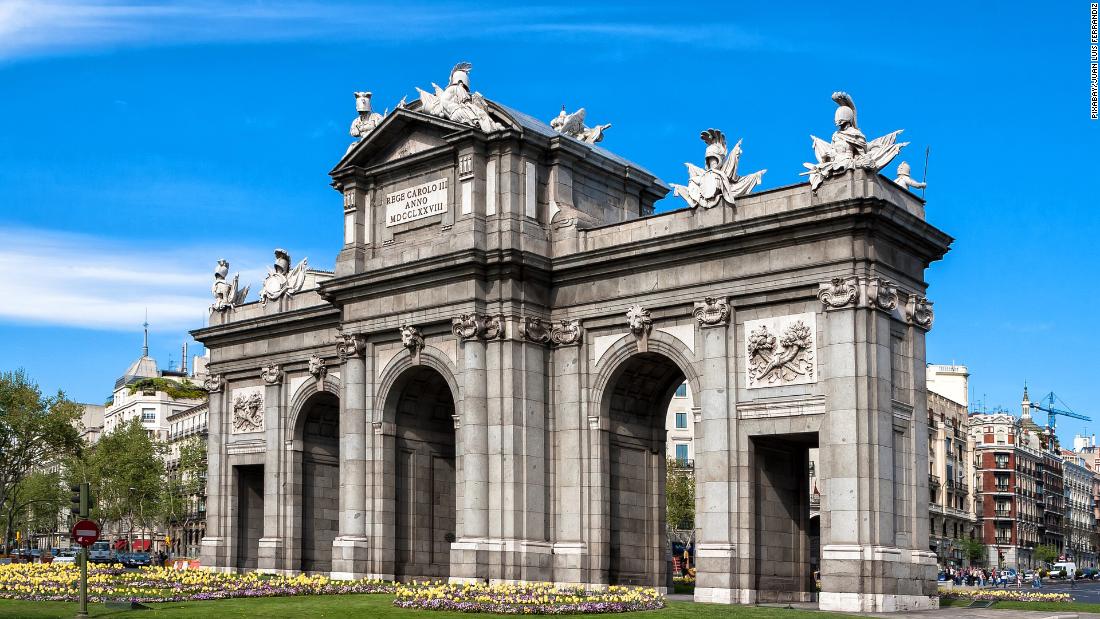 (CNN) — Sara hated the idea of leaving her boyfriend. Katie got a summer job. Maria didn’t think she could afford it after all.

One by one, my big post-college trip started to fall apart.

My plan had been to spend a month traveling around Spain and Italy with a few of my close friends, the first time I’d ever gone on an international trip without my family.

We’d spent weeks looking up hostels online, marking up Lonely Planet and Rough Guides books, and dreaming of the cute guys who would invariably sweep us off of our feet and onto their Vespas.

But now my big plan was collapsing around my feet.

I’d always been a planner. High school, college, job — everything seemed to follow a prescribed path. There was something about following the rules that made me feel safe, as if I’d fulfilled my end of a hypothetical bargain with the universe.

The next step in that inevitable pattern was supposed to be a dreamy summer out of a romantic comedy, four friends in floaty sundresses drinking cocktails against European sunsets and making memories for a lifetime.

My first instinct was to cancel the trip rather than face the fear of going alone. I grew up in a small, insular suburban community in North Carolina where people left their doors unlocked and it was considered rude not to make small talk with bank tellers and grocery store clerks.

The idea of going to a different country solo, navigating the taxi queues and airport customs and everything else in a language that wasn’t my own, quite frankly scared the hell out of me.

But every time I had the chance to press the “cancel” button on my flight itinerary, I couldn’t do it. And that’s how, whether by passivity or pure dumb luck, I ended up arriving bleary eyed at Madrid’s Barajas airport with an English-Spanish dictionary in my hand and an overstuffed pack on my back.

I won’t pretend it was easy.

I wore some floaty dresses, and I drank some cocktails, but I also had my wallet stolen out of my pocket while sitting in an internet cafe.

It was so hot some days that all I could stand to eat was lemon gelato, and none of the hostels I could afford to stay in had air-conditioning.

When cute guys did come up to flirt with me on the Spanish Steps the only thing I could think about was ending up a corpse on an episode of “Dateline.” (So much for that epic summer romance, then.)

It’s possible that Sara, Maria, Katie and I would have had a memorable and happy summer. But I think it’s more likely we would have only stuck with each other and not gotten to know anyone else, and that our trip would have been less expansive.

Marcus (right) with Sivan Rotholz, a friend she met in Madrid.

Being alone with myself — and being okay with that — is one of the single best skills I’ve learned in my entire life.

Now, I think of Spain as a dividing line in my life. Before Madrid, I’d considered moving to a different part of North Carolina where I knew a lot of people and taking the first job I got offered, even if it wasn’t the launch of the writing career I dreamed of.

After Madrid — and Barcelona, and Avila, and San Sebastian — I decided that I’d give New York City a shot, even if it terrified me, and give myself a few years to see how the whole writing thing could go.

Until that point, writing was a dream for other people. After a few weeks sitting on steamy European bricks, it was an option for me.

That’s not to say that the career kicked off overnight. I spent the first year as a receptionist at a literary agent instead of as a client for one, and the next few doing a weird mix of copy editing, tutoring and answering phones while I figured out what the hell my career could look like.

But that summer trip where my friends bailed on me lit a very tiny match that eventually grew into a decent-sized fire.

These days, I prefer traveling alone, and my solo journeys have taken me from Cambodia to Curacao. Though I’ve been making a living writing about travel — not just my own, but learning about the whole industry — for a decade now, there are days when I still shake my head at the impossibility of it all.

As a recent college grad, the idea that writing about travel was a thing I could do and get paid for seemed about as realistic as casually going for a stroll on the moon. But losing the other voices around me I counted on for support meant that, for the first time, it was quiet enough to hear my own.