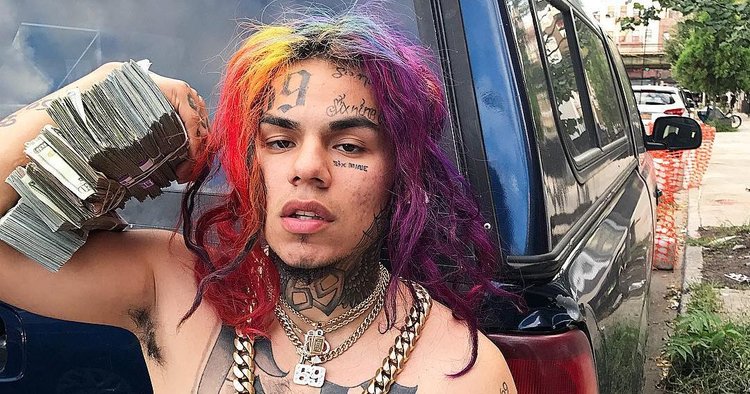 Tekashi 6ix9ine is mad that his new song “GOOBA” isn’t #1 on the Billboard Hot 100. In in a new “investigation” from him and his team, he has now accused Justin Bieber and Ariana Grande of buying their #1 for “Stuck On U” and the Billboard charts themselves of being manipulated.

Accusations against the charts are nothing new, but Tekashi is having a hard time finding a leg to stand on in this case. His two main arguments are that Bieber/Grande’s teams bought 30k copies of their song with 6 credit cards moments (could have been minutes or hours) before stats were submitted; and the second is that Billboard allegedly disqualified 20M of his plays from the chart total.

Justin Bieber, Ariana Grande, and manager Scooter Braun have all responded to 6ix9ine without mentioning him by name, and have some really common sense retorts to disprove the accusations against them.

First off, each credit card is only allowed four purchases of any song, “anything over that the entire amount gets thrown out,” wrote Bieber in his response. “Nielsen company checks this and found all out sales were legit because out fans are amazing and bought them. Don’t discredit our fan base with false info.”

“Only domestic stream are counted for a domestic chart,” said Braun. “If someone is counting their total they aren’t counting correctly. […] We never disclose our sales until end of week. That is called strategy and is and always has been our policy.”

Grande said, “Our fans bought this song (never more than four copies each, AS THE RULES STATE). Sales count for more than streams. U can not discredit this as hard as u try.”

Justin Bieber gets in the mix and responds to 6ix9ine pic.twitter.com/kmvLvR5BjM

Ariana Grande and Scooter Braun respond to allegations of rigging the charts by purchasing 30k copies of her single to go #1 pic.twitter.com/Rik2En5vNw