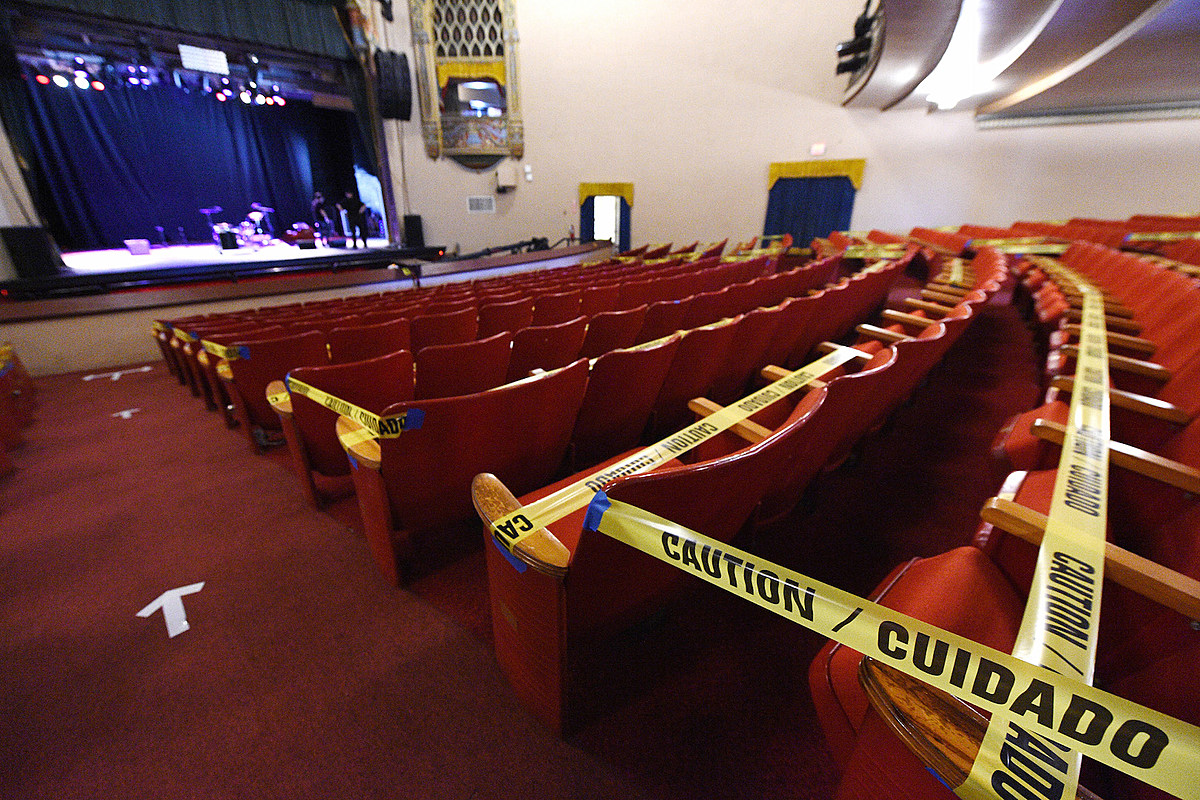 What was promoted as America’s first “socially distanced” concert went ahead on Monday (May 18) in Arkansas, and now there are photos to prove it. The show — a solo performance from Travis McCready, frontman of the country-rock outfit Bishop Gunn — was initially scheduled for May 15.

But the concert at Fort Smith’s TempleLive was delayed three days after Arkansas Governor Asa Hutchinson stopped the venue from proceeding any earlier. On May 12, the governor’s office legally barred TempleLive from holding the precedent-setting gathering before the state’s concert ban was lifted May 18.

The photos from Monday display a stark difference with concerts held before the coronavirus swept the United States. Evidenced in the images are the specialized seating arrangements — keeping groups of concertgoers cordoned off — as well as one-way aisles and modified bathroom setups.

As corroborated by recent insight from public health groups, perhaps this is a look at how concerts can commence in the immediate future. Earlier this month, the Event Safety Alliance published a 29-page guide detailing best practices for promoters and venue staff after reopening their doors to shows.

Starting in March, the COVID-19 pandemic effectively shuttered the live music industry, and most major tours were either postponed or canceled altogether. That included annual events such as many large music festivals and even the national gathering of music fans known as Record Store Day.

But on Monday, music fans in Fort Smith were out to support McCready, and TempleLive was happy to oblige, despite the restrictions. As reported by The New York Times, attendees who had to have their temperatures taken and wear masks for the show said it was worth it to be able to hear live music again.

Maybe the idea in Arkansas is already catching on in other territories. This week, Live Nation announced a trial run of two socially-distanced concerts in New Zealand, as NME noted. The shows, part of the promoter’s “Together Again” series, are set to kick off May 29 at Auckland’s The Tuning Fork venue.