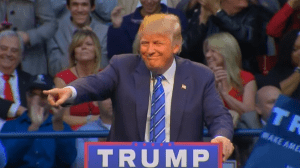 With muted success in combating the sustained success of the Huawei juggernaut, the US has revealed its latest offensive play; attack the vendors semiconductor supply chain.

The US Department of Commerce announced new rules on Friday (May 15) designed to cause chaos in Huawei’s operations. The move is likely to douse more petrol on flaming tensions between Washington and Beijing, as the US attempts to inhibit Huawei’s ability to source semiconductor components for various products, including smartphones and base stations.

This latest action could take White House intervention beyond US borders, which would complicate matters for Huawei but also place the US at odds with allies.

“Despite the Entity List actions the Department took last year, Huawei and its foreign affiliates have stepped-up efforts to undermine these national security-based restrictions through an indigenization effort,” said Secretary of Commerce Wilbur Ross.

“However, that effort is still dependent on US technologies.”

This is the ace card which is held by the US; there probably isn’t a manufacturing site, production facility or office in the world which doesn’t have some form of US technology. The success of the US economy is now a weapon for the political elite; screw us and we’ll mess with your supply chain. It is effectively an economic dirty bomb.

While Huawei might be able to shift its manufacturing capabilities and find new suppliers to replicate the likes of Qorvo or Broadcom, it becomes a lot more difficult to remove every single element of US technology, intellectual property or software from its supply chain. If enforced properly, this could be very damaging to Huawei.

For example, it might shift some of its semiconductor purchasing to an Indian supplier, but if that company uses US software to design elements of the product it is another risk for Huawei as sales to the firm could be blocked by Washington. This is truly a trump card for the US in its continued battle.

The move comes at a time of heightened tension between the US and China which has taken a new twist over the last few months.

President Donald Trump has always found fault with the Chinese, whether it be currency manipulation or making use of Chinese vendor’s products to spy on other nations. This time the coronavirus is taking centre stage, with the US blaming the severity of the pandemic on China’s actions during the first few months, but it of course has nothing to do with the fact the White House ignored the danger of COVID-19 for two months.

Legal experts have suggested these lawsuits will fail, the Foreign Sovereign Immunities Act of 1976 states governments cannot be sued, but it can serve as a temperature test for the political administration.

With sentiment once again turning against the Chinese in the US, the White House is effectively being given an endorsement to be combative with the Chinese Government. Unfortunately for Huawei, this could mean the current sanctions enforced to the letter of the law, as well as further actions being taken against the firm in the future.