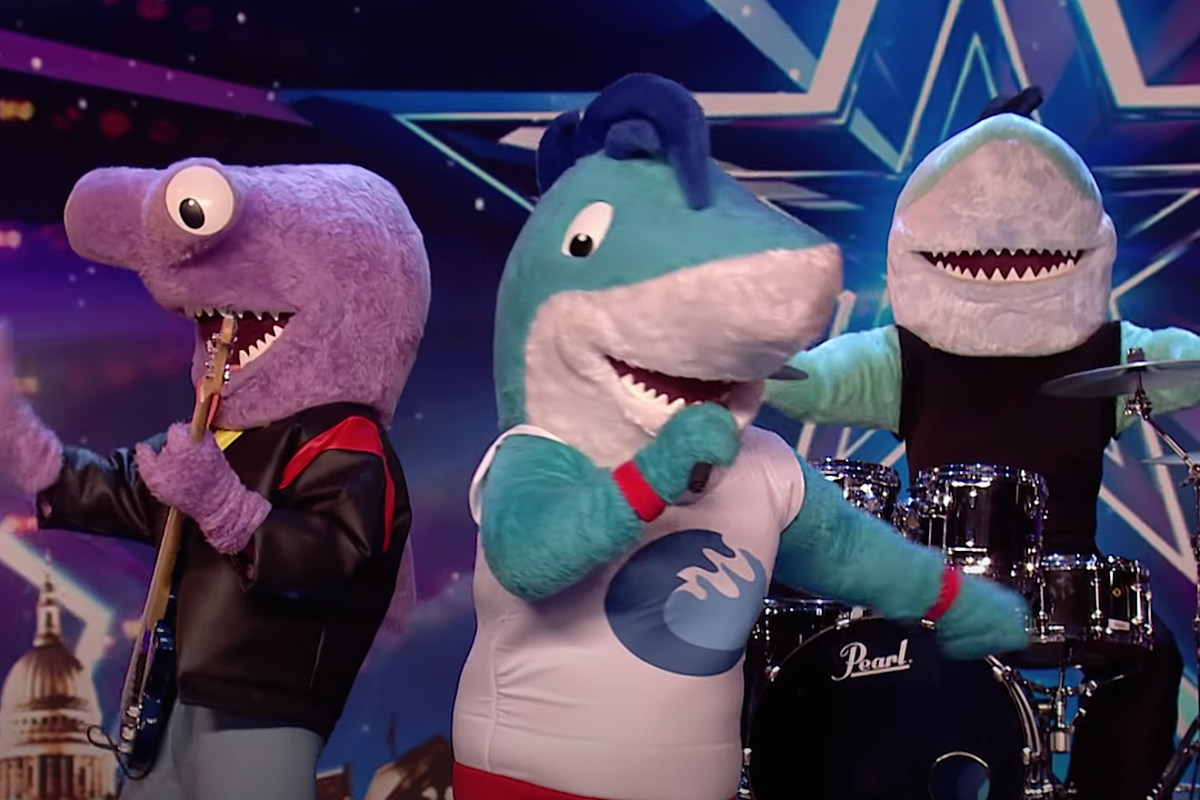 Looking to make a big splash in the world of kids’ entertainment, rock group Sharky Sharky, who formed in 2013 and even made an appearance on Britain’s Got Talent, have released the debut episode for their new animated show, The Adventures of Sharky Sharky.

The project began as an offshoot of the power metal band Ascension, whose members double as the nautical fun-time characters depicted within the Sharky Sharky lineup. Musically, the band straddles power metal and pop-punk, which works with tremendous effect. Having released a full length album, Super Awesome Mega Rock, back in 2015, Sharky Sharky are now turning their attention toward episodic programming for children.

“Hook, Line and Inker” marks the debut episode of the animated show and follows guitarist Baxter, bassist Andy, keyboardist Jawnofin, drummer Finley and singer Sharky as they traverse their fictitious land in search of a hot-shot guitarist who is making waves in the nearby music community. After catching this rocker at a show, they wake up the next morning to discover that the entire town has been robbed — and the town suspects the sharks are the culprits.

“Sharky Sharky is a project we have grown organically and worked extensively to build up over several years, with a passionate fan base all over the world,” said co-creator Fraser Edwards. “With The Adventures of Sharky Sharky we feel like we finally have a vehicle to take Sharky Sharky to a global mainstream audience.”

Speaking more about the TV program, Edwards continued, ”It was insanely fun for us to make this TV show – from conception to animation and pitching to TV networks,” Edwards says. “We’re looking forward to seeing where this pilot episode will lead in terms of the animated series, and where things go with Britain’s Got Talent. It’s an exciting time for us for sure!”

Watch the first episode below and view Sharky Sharky’s performance on Britain’s Got Talent where they even managed to coax a smile out of judge and known curmudgeon, Simon Cowell.

The Adventures of Sharky Sharky — “Hook, Line and Inker”