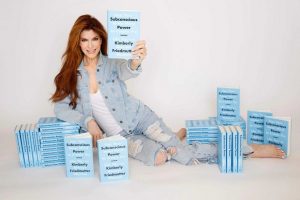 We could all use a little self help in 2020! This year has thrown us nonstop hurdles in life with no better time to tap into our subconscious and learn some quick and easy ways to cope. Thanks to best selling author and celebrity hypnotist Kimberly Friedmutter’s September 1st release of her soft back version of Subconscious Power: Use Your Inner Mind to Create the Life You’ve Always Wanted (Simon&Schuster/AtriaBooks) we will all be in a far better place. With the use of Friedmutters six essential lessons she will help us navigate life’s hurdles and build the courage to achieve positive lasting change and a life we’ve all dreamed about.
https://www.simonandschuster.com/books/Subconscious-Power/Kimberly-Friedmutter/9781501187070
ABOUT KIMBERLY FRIEDMUTTER: NY Times Best Selling Author of the book Subconscious Power, Kimberly Friedmutter CHt is a certified hypnotherapist, a member at large of the prestigious UCLA Health System Board, the American Board of Hypnotherapy, the Association for Integrative Psychology, the American Board of Neurolinguistics Programing, and the International Hypnosis Federation. She is also a certified Master Hypnotist and a certified Neuro-Linguistic Programming trainer, as well as a ‘Dame de la Chaîne’ of Chaîne des Rôtisseurs.

Kimberly is currently in private practice, dividing her time between Nevada and California, serving high-performing clientele who share her philosophy: “Expect the exceptional.”

Kimberly is a former model and actress, appearing with Bryan Cranston, John Stamos, and Olympia Dukakis in such films as Evil Obsession, Time Under Fire, A Match Made in Heaven, The Russian Godfather, and Elvis Is Alive! She has also appeared in television programs, including Entertainment Tonight, CNN, FOX, TLC, BBC, The Doctors,Bethenny, Private Chefs of Beverly Hills, Art Breakers, Silk Stalkings, L.A. Heat, LateLine, and hosted a hit talk show on the Howard Stern station, KLSX 97.1 radio in Los Angeles @kimfriedmutter