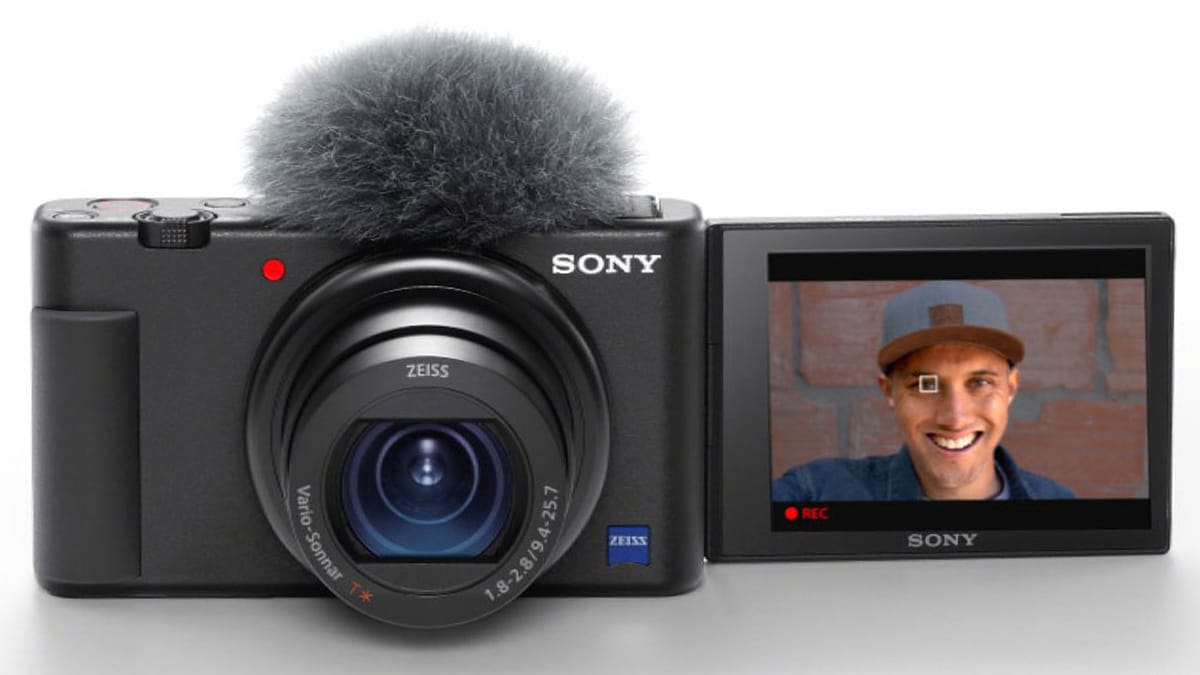 Sony has added a new sub-category to its compact camera lineup, designed especially for vloggers. The ZV-1 is a compact camera, similar to the Sony RX100 series, but with a tweaked design. The rear LCD display can be flipped outwards and turned 180 degrees from the side, there’s face priority autofocus and the promise of better audio quality, thanks to a directional three-capsule microphone.

Similar to the latest RX100 series model, the ZV-1 can shoot up to 4K resolution video. Sony has also added special modes for adjusting the level of background blur so your face is more prominent when talking to the camera and the ability to prioritise an object instead of your face when you bring it the frame.

Sony ZV-1 features a 20.1-megapixel, 1-inch sensor and a 2.7x optical zoom support. The aperture ranges from f/1.8 to f/2.8. The 3-inch touchscreen display at the back can be articulated all the way forwards, from the side, thereby giving the user better flexibility when shooting. It has the ability to track eyes and faces so you’re always in focus when shooting yourself. The ISO range is from 125 to 12,800.

The ZV-1 has a dedicated button for adjusting the background bokeh when shooting vlogs. There’s also a new ‘product showcase’ setting that is supposed to automatically shift focus from your face to the object being shown off to the camera. This should be very handy for review videos, where you’d want to show the product off to the camera. The three-capsule mic in the front also promises clearer audio, and the camera ships with a wind screen for it, to block out wind noise. There’s also a 3.5mm socket and a hot shoe for external microphones. The ZV-1 supports stabilisation so you can get steady footage when shooting handheld. The Sony ZV-1 measures 105.5 x 60.0 x 43.5mm in dimensions and weighs just 294g.

The A380’s biggest supporter is asking Airbus to build a new super jumbo
Checo Teams Up With The Magic Mullet For Infectious Single, “Palo Santo”
Anne Heche Dead at 53
The Truth About Being Tall
India reportedly cracks down on cheap Chinese phones