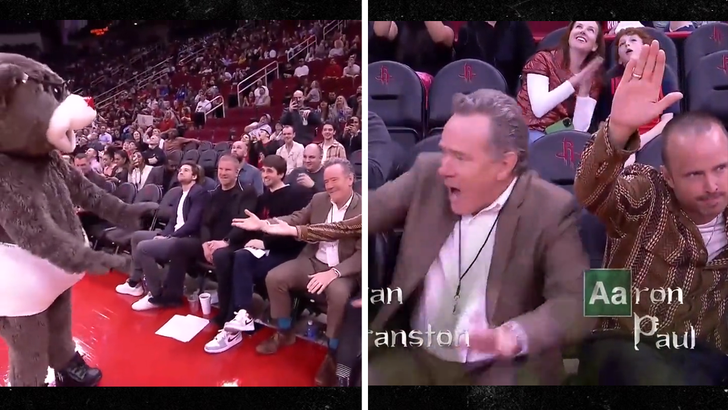 Walter White and Jesse Pinkman took a break from cooking meth to enjoy the Houston Rockets game on Wednesday … and they got a special surprise from the mascot — who threw on a pair of glasses and tighty-whites for the occasion!!

“Breaking Bad” stars Bryan Cranston and Aaron Paul were posted up courtside to check out the home team’s matchup with the Charlotte Hornets … and when the VIP guests waved hello to the crowd via the scoreboard, Clutch showed up in one of Walt’s most recognizable looks from the series. 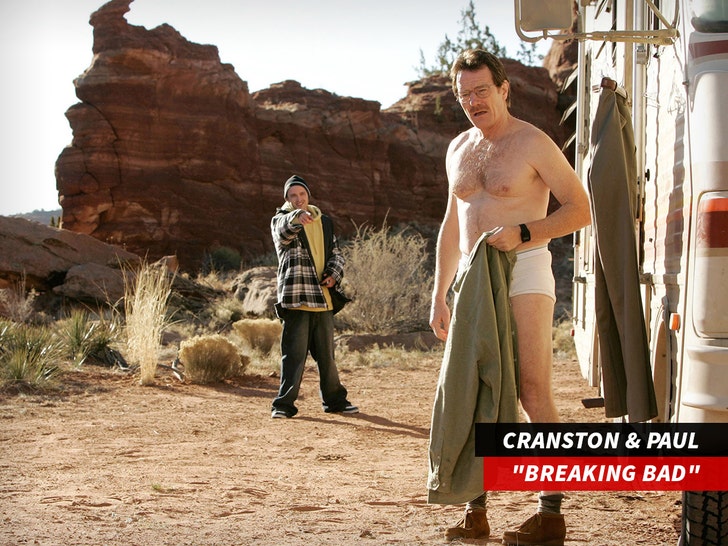 Cranston hilariously reacted to the stunt by shielding his eyes … and Paul was loving it, clapping as the bear showed off his getup.

Cranston and Paul — who joined forces with their own mezcal after the show ended in 2013 — were in town to promote the Dos Hombres brand … and got a massive ovation from the fans in attendance.

Unfortunately for the home team, the Hornets handled the Rockets like Heisenberg did Gus Fring in the 122-117 loss.

As it turns out, the guys are rumored to reprise their roles in a Super Bowl commercial, too … so Walt and Jesse are popping up all over the sports world.

Is Anyone Thriving More Than Anne Hathaway Right Now?
Kelsea Ballerini and Chase Stokes Kissing and Hugging at LAX
The Best Street Style from Copenhagen: Oversized Leather, Layering, and Lots of Green
‘A Rose for Emily’: Characters
Boeing plans to add a new 737 Max production line to meet strong demand