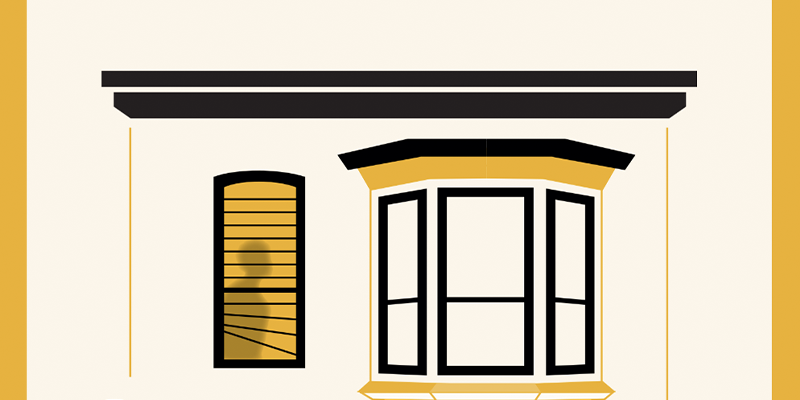 Literary Hub is pleased to reveal the cover for Shannon Sanders’ debut story collection, Company, which Graywolf Press calls “a richly detailed, brilliantly woven collection about the lives and lore of one Black family.”

Here’s some more from the publisher about the book, which will be released on October 3:

Shannon Sanders’s sparkling debut brings us into the company of the Collins and their acquaintances as they meet, bicker, compete, celebrate, worry, keep and reveal secrets, build lives and careers, and endure. Moving from Atlantic City to New York to DC, from the 1960’s to the 2000’s, from law students to drag performers to violinists to matriarchs, Company tells a multifaceted, multigenerational saga in thirteen stories.

Each piece in Company includes a moment when a guest arrives at someone’s home. In “The Good, Good Men,” two brothers reunite to oust a “deadbeat” boyfriend from their mother’s house. In “The Everest Society,” the brothers’ sister anxiously prepares for a home visit from a social worker before adopting a child. In “Birds of Paradise,” their aunt, newly promoted to university provost, navigates a minefield of microaggressions at her own welcome party. And in the haunting title story, the provost’s sister finds her solitary life disrupted when her late sister’s daughter comes calling.

These are stories about intimacy, societal and familial obligations, and the ways inheritances shape our fates. Buoyant, somber, sharp, and affectionate, this collection announces a remarkable new voice in fiction.

And, without further ado, here’s the cover, which was designed by Kimberly Glyder: 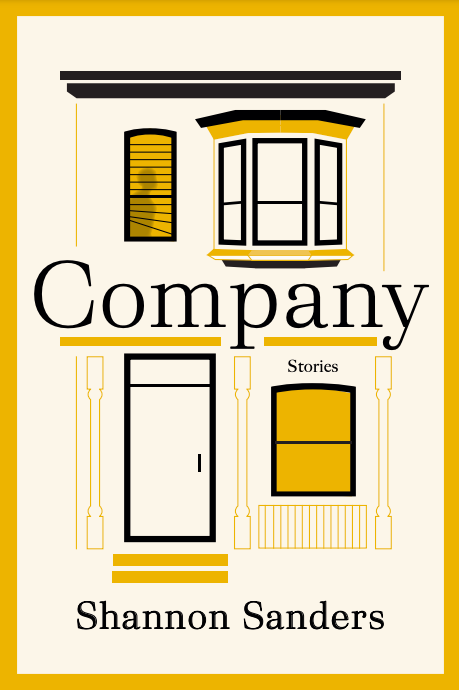 “At the beginning of this cover design, the author noted she preferred to avoid photographs that might focus on any one character. After reading the titular story, ‘Company,’ I was inspired by the descriptions of the row house to create an illustration for the cover,” Glyder told Lit Hub. “There is such an interesting dynamic between the various family members who inhabit the home. The row house itself felt like another character holding the secrets (and spirits) of multiple generations. I wanted to show these connections in a visual way, so I chose to ‘build’ the house out of outlined shapes and text, which fit together as a whole, much like the stories inside forming a collection.”

“I’m a huge fan of Kimberly Glyder’s bold, colorful covers and was thrilled to see her design for Company—it truly felt like, no pun intended, the perfect home for these thirteen stories,” Sanders said. “The artist drew her inspiration from the title story, and there is certainly a direct line between the cover image and ‘Company,’ which concerns one character’s dogged territorialism over a rowhouse. But I love the way the image’s elements—the hard-to-see but arresting figure in the window; the meticulous architecture; and the warm, vibrant gold emanating from within—evoke themes found in all the stories. It is, I think, such an inviting portal to the world of the book. I hope and believe the reader will feel both welcomed and intrigued.”

You can preorder a copy here.