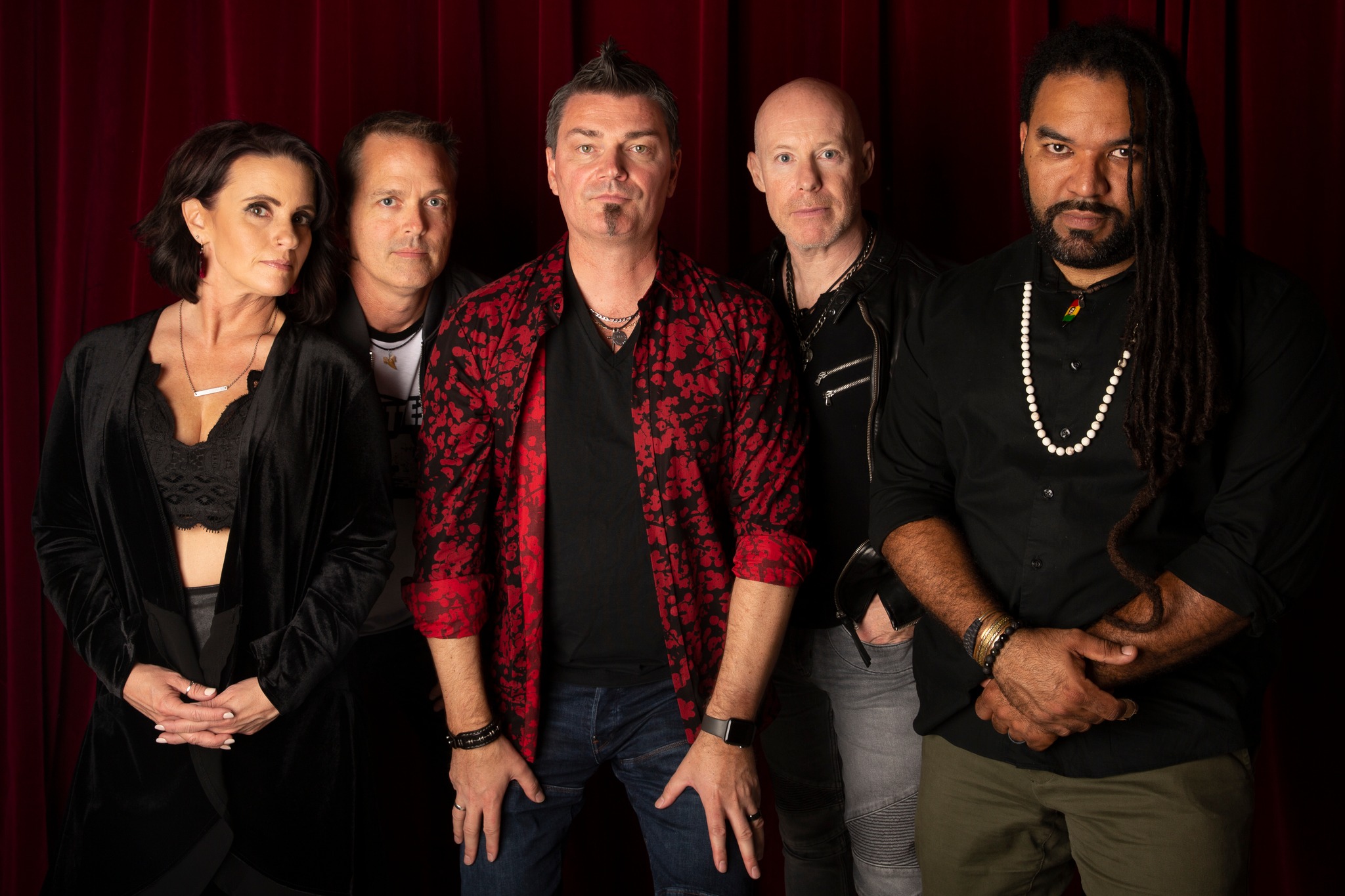 Houston, Texas has produced a winner with the five piece band Crank Up the Silence. Formed in 2018 by guitarist and lead vocalist Leif Måsvær, Crank Up the Silence puts forth a complete band presentation rather than serving as a glorified solo vehicle for Måsvær and the band’s packaging accentuates their high caliber work without ever drawing attention away from it. Their new single “Burn Hate Down” is arguably their strongest effort yet and draws listeners into their web without guile or deceit. This is a band who cannot and will not pretend to be anyone but themselves. Måsvær is fortunate to discover four like-minded musicians capable of complementing and expanding on his personal vision and the new single reflects that.

The blazing guitars opening “Burn Hate Down” throw down a gauntlet. The bluster dissipates, however, and Crank Up the Silence shows their deep understanding of dynamics. Måsvær has an ideal voice for the material. It’s strong, clear, and he tailors every line to serve the arrangement. There’s no ego tripping driving this song forward. Key backing vocals further buttress his efforts during the chorus and even the sound effects incorporated into the cut never risk diverting listeners’ attention from the song’s substance.

Their aforementioned penchant for dynamics is a big reason why listeners will stick with this song until the end. Crank Up the Silence has a keen ear for when to change things up and their sense of the drama makes the performance more meaningful. It’s difficult, if not impossible, to quibble with the track’s message. Crank Up the Silence never views the world through rose-colored glasses, however, and their realistic take on an eternal human conundrum is welcome in a music world where the guiding principle often is keeping things light.

It doesn’t mean that it isn’t entertaining. “Burn Hate Down” is muscular, to the point, and eschews stereotypical moves such as the always requisite guitar solo. There’s no ego, as stated before, and there’s no virtuoso trips by extension. Every note and line serve the song rather than turning the spotlight on any one particular performer. The band is nimble, as well, There’s nothing plodding about their hard rock influences and the sheer variety of different “looks” they give the listener is another reason why your attention will not waver.

The production gives it powerful immediacy. “Burn Down Hate” blasts from your speakers, without question, but has a remarkably intimate sound that grabs you from the outset. Crank Up the Silence take no prisoners during this song and roar with passion that too few rock acts manifest in sincere fashion. The Houston based band are building their reputation as all great bands should, one song at a time, but they burn with white-hot ambition that places them at the forefront of modern rock acts. They have all of the necessary qualities for staying power and rage against a cruel and feckless world without fear or reservation. “Burn Hate Down” is one of the most convincing hard rock performances you’ll hear in 2023.