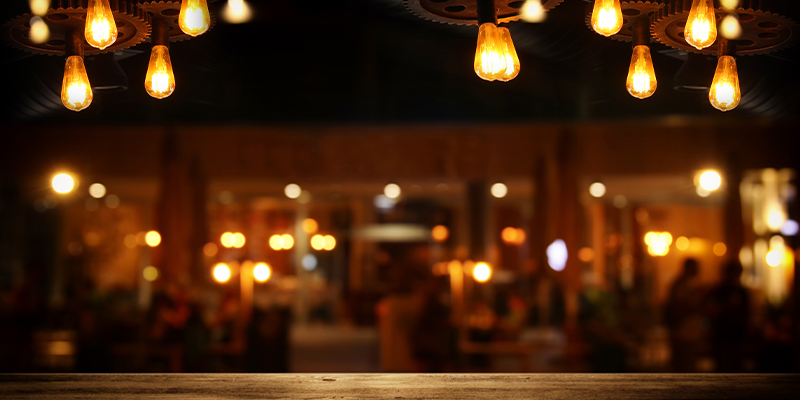 I was just out killing time, sitting at the bar of one of my favorite watering-holes in Chippewa Falls, Wisconsin (Population: 14,778). I would gladly share the name of this tavern, but for reasons that will soon become obvious, I won’t, at least not here. Happy Hour had just concluded, and the place was packed with patrons, all of them two or three drinks ahead of me. I unfurled a newspaper and began working a Sudoku puzzle. But the puzzle didn’t much hold my interest. I soon directed my attention to the couple sitting beside me, to my left, at the curve of the bar, in the darkest corner of the establishment, near where the neon glows in the window, and the electronic gambling machine strobes and shines.

Despite my best efforts to be polite, to mind my own business, I turned my head to glance at the speaker and his love interest. They were about my parents’ age, I suppose, maybe a few years younger. Neither of them was especially attractive, nor ugly. They were just two unremarkable people, sitting in the shadows of a small-town bar.

Then they did kiss. But not at all the dry peck I was expecting. No. They kissed long and passionately, and when their lips separated, they came in again for more. Three times. I sat on my stool, blushing, trying to camouflage my delight. I have always liked the idea of old love. Maybe because our culture seems intoxicated, infatuated with quite the opposite. With new, young love, spray-tanned, gym-hard, and about as romantic as a light-beer commercial. No, give me old love every time. Old love has a story, has eroded peaks and soft valleys, has epic passions and aching regrets. New love is wandering downtown long past dawn in one high-heel, so dumbstruck it can’t remember where it parked. Nora Ephron, one of my heroes, celebrated new love, sure, but it was new love with not-young people. And she certainly adored old love (see, as I have, about a thousand times: When Harry Met Sally.)

When they separated, the man said, “Oh, I miss kissing you. Remember how much fun we had together?  I do. The little trips we took. God, I love you.”

She said quietly, “You used to always have chocolate for me.”

The man did not produce any hidden Godiva, but I dearly wished he had.

“Thank you for meeting me tonight,” he continued, “I didn’t know if I would ever see you again.”

Just then, I could not hear her voice in the noisy barroom, could not make out her reply, but I began to wonder, as a writer does, about who they were, exactly. I imagined that once, thirty or forty years ago, they had been lovers, or even engaged. Maybe married. I imagined that the man had a drinking problem, and this surely wore on the soft-spoken woman, who dearly loved him, but grew exhausted by his excesses.

I began to wonder, as a writer does, about who they were, exactly.

I imagined him working for one of the railroads, gone more than he was home, frantic for her, but foolish and young, too, unaware of time and mortality. Eventually, she broke them up, and they moved in different directions, likely marrying, maybe having children, maying moving away from this northern town. For all I knew, maybe they were both still married, and this meeting was clandestine, magnetically irresistible.

But I don’t think that was the circumstance. I think, after decades apart, they were both somehow alone, and he found her, in one way or another, and suggested this meeting. I bet she pushed for someplace public, someplace loud, in case things went tragically sideways, in case he made a scene, as he sometimes did when they were so much younger. But now, he was gentle and kind and passionate. Now he did understand time and mortality. Now he understood loss and love. Now he seemed to treasure her, perhaps as much as any other human ever had.

“I’m going to a wedding this weekend,” the man said.

“Oh,” the woman said. Not a question, exactly. Not bored. Just—oh.

“Yeah, I got some new shoes at Kohl’s. A pair of black pants. A checkered shirt. You should come. We could stay in a hotel, like we used to?”  This was a question, and an invitation. “Can I kiss you again?”

I held my breath.

They did kiss again, passionately. Like rediscovering something that you once thought was lost and long-gone, like finding a hundred-dollar bill in the pocket of an old jacket. Like returning a library book after decades of delinquency.

I’m also always watching people. The way a couple can be sitting on a park bench, but somehow miles apart. The way two lovers betray themselves with tiny touches.

Readers ask me how I get ideas. I’m listening, all the time. I’m listening, very carefully for people’s stories. I think that when a person tells you a story from their life, the act of telling is an important moment. They’re trying to communicate something to you, beyond the gist of the story itself. They’re telling you something about their struggles, their hopes and dreams, their childhood, their family. You can choose not to listen. You can choose to simply wait until your turn to talk. Sometimes, the very best thing to do is sit quietly and lean in, without saying anything, as if you were waiting patiently in a duck-blind, just before dawn when the sky is all smudged in pinks and purples and pale blues.

I’m also always watching people. The way a couple can be sitting on a park bench, but somehow miles apart. The way two lovers betray themselves with tiny touches. The sadness of the first signs of senility stretches like a question mark on a brilliant professor’s forehead. Or the prideful look of a teenage mother pushing her toddler in a Wal-Mart cart, a cellphone clutched in the child’s chubby hands. All novelists are spies or should be.

You must let the stories unspool themselves, to ask questions at just the right moments, to seek clarity, to nudge the storyteller into revealing something so much more than they thought they were telling you when the story began. If you do this correctly, you help them understand why it was they were telling you the story in the first place, what they were struggling with, or so proud of. If you’re lucky, you might just find the inspiration for a new novel (I have).

Of course, the couple stood, and left the bar without any fanfare. But the last thing words I heard the man say was, “God, I missed kissing you.”  How bittersweet and beautiful. That a kiss, separated in time by decades, could be so wondrous and welcome. That it could be the start of something, in their lives, and in the mind of a careful observer.

I wish that couple more than the best of luck. I’ve been doing so, feverishly, for many weeks, my fingers typing, my mind whirling with old love.

After 10 years, HARD Summer announces grand return to Los Angeles county for 15th anniversary event
Interview: Harry Shum Jr. on Voicing Brainiac 5 in Legion of Super-Heroes
How ‘The Last of Us’ Episode 3 Became One of the Most Romantic TV Episodes of the Year
Skrillex teams up with Nai Barghouti for fifth single of the year, “Xena”
Mayakoba, Mexicoâs Timeless Resort Gets Better and Better with Age