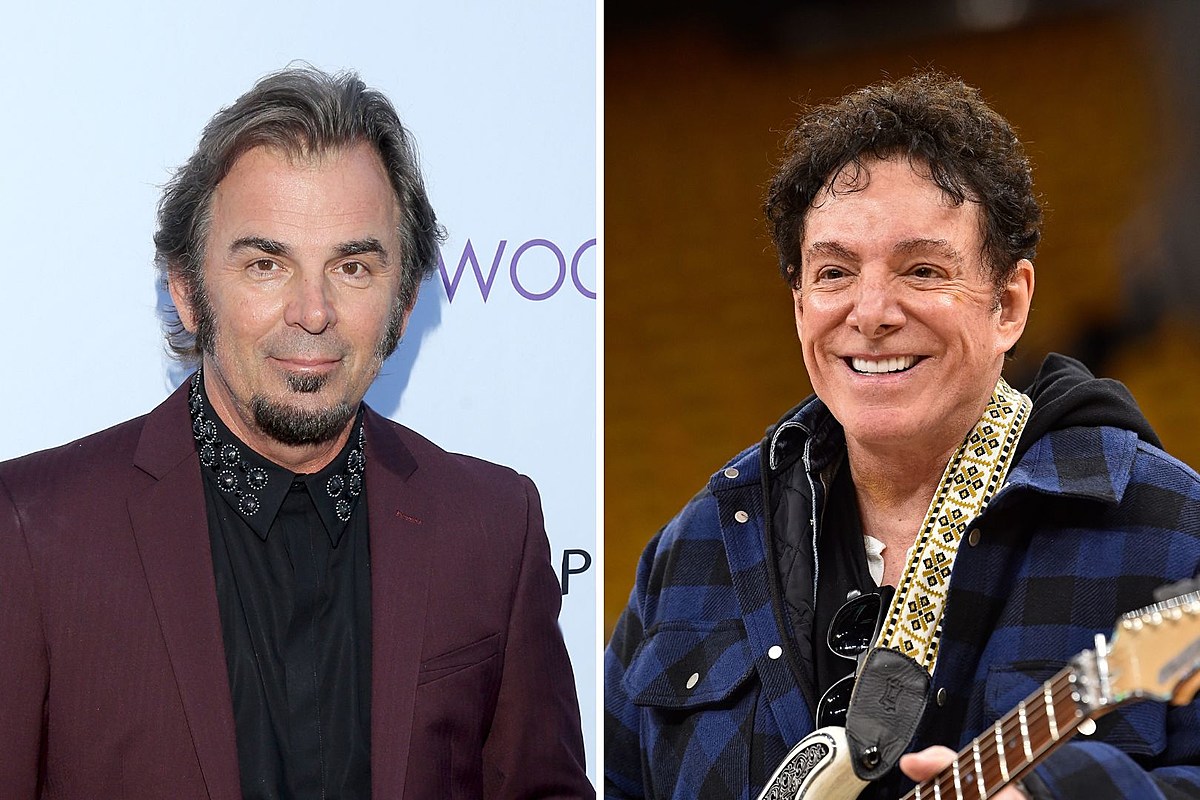 Journey keyboardist Jonathan Cain has clapped back at founding guitarist Neal Schon, his bandmate in the veteran arena rockers. His remarks come after Schon criticized Cain for the keyboardist’s involvement in a singalong of Journey’s “Don’t Stop Believin'” at an event for former President Donald Trump in Florida.

“Neal Schon should look in the mirror when he accuses me of causing harm to the Journey brand,” Cain said in a Dec. 22 statement. “I have watched him damage our brand for years and am a victim of both his and his wife’s bizarre behavior.” (See the full statement below.)

Reportedly, Cain contributed to the singalong of the 1981 Journey hit alongside right-wing extremist politicians such as Marjorie Taylor Greene and Kari Lake. In reply, according to Blabbermouth, Schon’s legal team served Cain with a cease-and-desist letter.

The members of long-running rock band Journey have long had fractious relations, but an inter-band cease-and-desist order is a new peak: Keyboardist Jonathan Cain, who performed ‘Don’t Stop Believin” for Donald Trump at Mar-a-Lago last month with a backing ‘chorus’ including Marjorie Taylor Greene, Kimberly Guilfoyle and Kari Lake, was served with a cease-and-desist order from an attorney for bandmate Neal Schon for that performance.

Schon said, ”Cain is free to express his personal beliefs and associations. [But] when he does that on behalf of Journey or for the band, such conduct is extremely deleterious to the Journey brand.”

The guitarist added, “Journey is not, and should not be, political. Mr. Cain’s unauthorized affiliation of Journey with the politics of Donald Trump has the band’s fans up in arms. … This has caused, and continues to cause, irreparable harm to the Journey brand.”

Journey, who formed in 1973, recently released a new album called Freedom. Cain is also currently in litigation with Schon over the band’s finances.

Journey and fellow ’80s rockers Toto are scheduled to tour together in 2023. See the scheduled dates here.

Neal Schon should look in the mirror when he accuses me of causing harm to the Journey brand. I have watched him damage our brand for years and am a victim of both his and his wife’s bizarre behavior. Neal sued Live Nation twice, losing both times, and damaging our ability to ever work with them again. Neal outrageously tried to take away trademarks from Steve Perry. Neal and his wife continually insult the professionalism of numerous accountants, road managers and management firms with endless legal threats and their bullying, toxic and incoherent emails. Neal argues online with fans who don’t see eye to eye with him. And Neal and his wife recklessly spend Journey’s money until there is none left for operating costs. If anyone is destroying the Journey brand, it is Neal and Neal alone.

20 Artists Who Told Politicians to Stop Using Their Music

Politicians are consistently using songs by bands without their permission, and these artists had enough of it.

The Symbolism of ‘A Rose for Emily’ Explained
Luxury stocks rally from China reopening, but world’s largest luxury market may choose to shop ‘in-house’
Hulu February 2023 Schedule: New TV & Movie Release Dates
15 Types Of Chains For Men and How You Should Wear Them in 2023
An Inside Look at Canadian Artist Maxwell Burnstein’s Latest Collage Inspiration: LOUIS XIII THE DROP