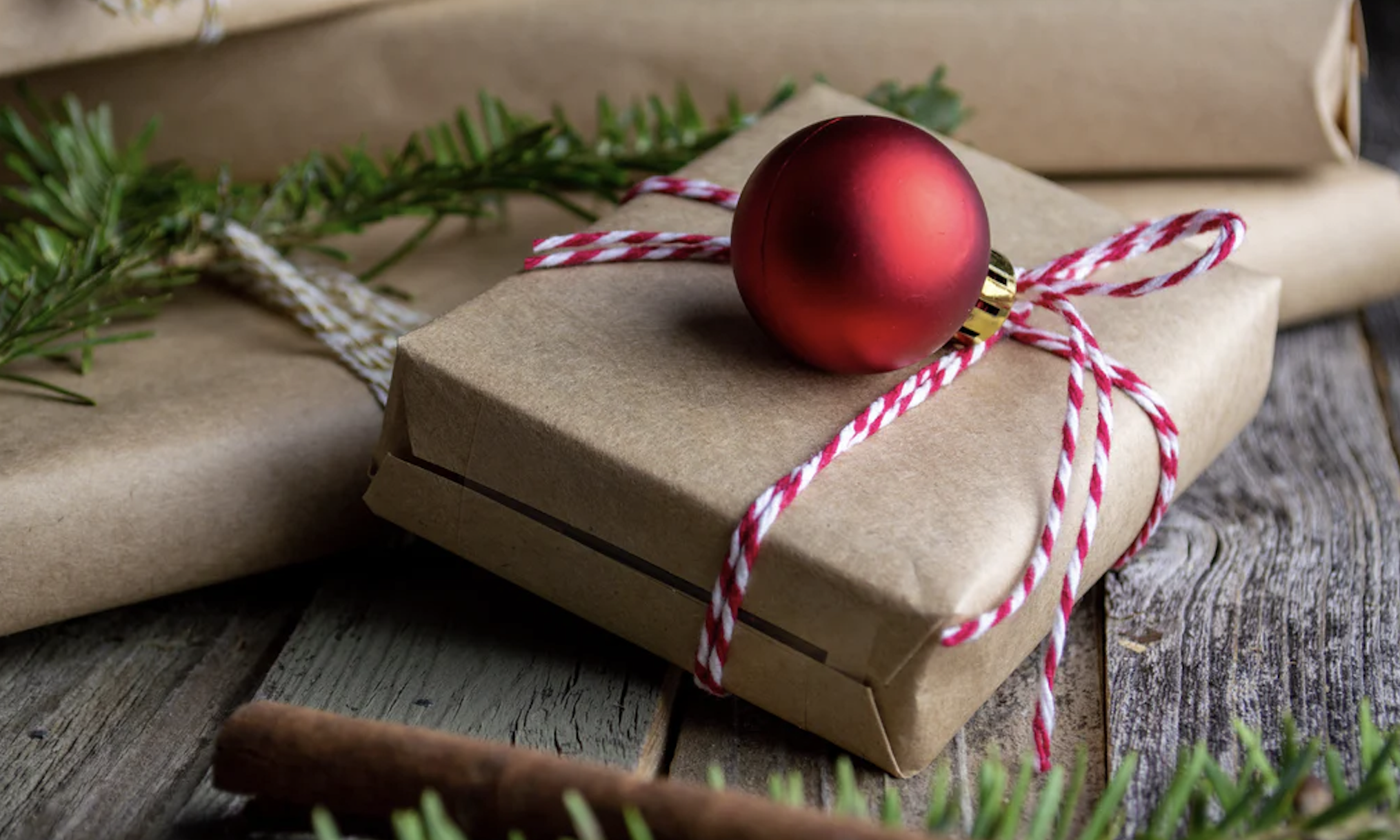 I spend my winter holidays shopping at favorite indie bookstores, and curling up with books, hot chocolate, and loved ones. Lauren Oster’s terrific Smithsonian article this week about the Jólabókaflóðið—Christmas (Yule) Book Flood—helped me realize I’m not alone in centering my holiday around books. In Iceland, Christmas is synonymous with books.

In Jólabókaflóðið, families and friends exchange books every Christmas Eve. Reading together around the fireplace is the way people celebrate their holidays. There is a surge in literary events through the fall in preparation for the holidays. Authors even visit workplaces to offer lunchtime readings; many people tune into a popular TV show about literature to get ideas for gifts. To gear up for the season, book publishers print an extensive catalog and distribute it to every household.

Iceland is the most literate country in the world, with the highest number of published authors (one in ten people publish a book). Even the Prime Minister Katrín Jakobsdóttir is a novelist, with a co-authored crime thriller, Reykjavik. First Lady Eliza Reid is the director of the Icelandic Writers Retreat and author of Secrets of the Sprakkar: Iceland’s Extraordinary Women and How They Are Changing the World. When I reached out to First Lady Reid, she reflected that, “…Jólabókaflóð is one of our most dearly loved traditions in Iceland. Since the Second World War, books have been the most popular gifts to exchange for Christmas, and a large majority of the books published each year are released in the weeks before the big holiday.”

Reid describes Book Flood as “just one manifestation of Icelanders’ admiration and respect for writers and the written word.” Icelanders have a popular expression, “að ganga með bók í maganum,” which translates to “walk with a book in your belly.” Everyone has a story they are waiting to give birth to.

Icelandic poet and novelist Kári Tulinius recalls that books “were always central to the holidays.” He remembers his family discussing novels and nonfiction throughout every gathering. As a child, Tulinius would talk to his cousins about whatever books they received on Christmas Eve, and, “I’d often find a nook somewhere at these shindigs to continue reading whichever book I was most excited by.” Icelanders tend to prefer exchanging newly published books, he said, with a funny tendency to gift books that they haven’t yet read themselves. What better way to begin conversations in 2023?

I myself love giving my most bookish family member—my mom—a book. The only downside is when I misjudge her literary taste, and then feel disappointed when she doesn’t read the book. When I do hit the mark, I find that it brings us closer to talk about our interpretations of a novel.

Tulinius recalls that Christmas celebrations often begin at 6pm on December 24. His family would tune into a radio broadcast of the mass performed at the main cathedral in Reykjavík. His dad would cook dinner, and at seven the family would eat. Then there would be a “grievous delay” to present-opening—doing the dishes. The poet would be filled with “pent-up excitement,” and was “almost high on adrenaline when I finally unwrapped the presents.” Another part of his tradition was to read his new books into the night, fueling himself with chocolate. First Lady Reid also said that chocolate was often paired with reading on Icelandic Christmas Eves.

Tulinius recalls that before he had children, he would stay up most of the night reading his new books. “Now I’m lucky if I manage to stay awake until one o’clock.”

After hearing Tulinius’s holiday memories. I reached out to some of today’s best writers to ask if they had any particular holiday book-giving traditions. Why hadn’t I ever asked other writers this question before?

Novelist Jennifer Savran Kelly (pronouns she/they), seemed like a good starting point, as they are one of the bookish people I know. A writer, university press editor and book-binder, Kelly’s forthcoming novel Endpapers (Algonquin, February 2023) explores gender and the trade of book binding. When reflecting on gift-giving practices, Kelly noted that she tended to give books to children or expectant parents more than adults. “I think it’s a shame that we don’t extend this tradition into adulthood, seeing books as something to give everyone we love during the holidays. Although books for adults aren’t always nearly as playful, they’re still full of magic, and there’s something to be found for everyone.”

“It shouldn’t be a big lift to get a bunch of people, in any society, excited about giving books to friends and family.”

When I asked what titles they would give as gifts, Kelly provided an extensive list and then a second email full of recommendations she forgot the first time. Favorite gift titles included, Exit West by Mohsin Hamid, Girl, Woman, Other by Bernardine Evaristo and nonfiction titles such as Peace Is Every Step: The Path of Mindfulness in Everyday Life by Thich Nhat Hanh and The Visual History of Type: A Visual Survey of 320 Typefaces by Paul McNeil. For crafty friends, Kelly planned to gift Basic Bookbinding by A.W. Lewis and Papermaking with Plants: Creative Recipes and Projects Using Herbs, Flowers, Grasses, and Leaves by Helen Hiebert.

Next, I called acclaimed novelist Okey Ndibe, author of Foreign Gods, Inc, and Never Look an American in the Eye: A Memoir of Flying Turtles, Colonial Ghosts, and the Making of a Nigerian American. “Books are my favorite gifts to give,” Ndibe noted, explaining that he didn’t have the patience for shopping for people who already had too much. He also counted himself as someone who had more than he needed, so for the last 20 years, Ndibe has told loved ones that he wouldn’t accept Christmas gifts. But he made an exception with books. “I don’t think you can ever have too many books,” he said. “Books by their very nature are a gift that continue to give and change over time.”

What are Ndibe’s favorite books to give? His own, of course! “The book is the finest distillation of my imagination,” he says, describing himself as someone who is “greedy at collecting friends.” He gives copies of his books especially to new friends to solidify his relationships. He compares it to introducing his children to his best friends. Before people know your children or books, they can’t really know you.

The Pura Belpré Award-winning young adult author and painter, Enrique Flores-Galbis, stopped gifting his own books many years ago after his editor got mad at him for it, he said, laughing. Flores-Galbis gradually came to agree with his editor that when you give books as gifts, people don’t read them. “A book is a commitment,” he said. If someone spends money on a book, they have more of a tendency to follow through and read it. Choosing a book to read is such a personal and individual process that you can’t make a decision for someone else of what to read.

Flores-Galbis visits schools across the country to speak about 90 Miles to Havana, a novel based on his experiences in the 1960s as one of 14,000 unaccompanied Cuban children refugees in what was known as Operation Pedro Pan. He enjoys introducing readers to his books, but would rather let them make their own decision of whether to take them home. When someone spends their own money on a book, “they have skin in the game,” he said. “Don’t give your books away. It’s too hard to make them.”

At the same time, exchanging books can be a deeply meaningful experience in some rare instances, Flores-Galbis shared. At one of his gallery shows several years ago, Flores-Galbis struck up a conversation with a young man, Ricardo, who shared his passion for Julian Jaynes’ 1977 book The Origin of Consciousness and The Breakdown of the Bicameral Mind. The author and painter had been thinking deeply about this book because at that time his brother was experiencing hallucinations, and he wanted to research to understand how we perceive the world. After Flores-Galbis met Ricardo in the gallery, Ricardo mailed him the Jaynes book as a gift. The book marked the beginning of a long friendship. In fact, Ricardo soon began dating Flores-Galbis’s daughter, and now he’s part of the family.

Is there a down side of the Book Flood? I would be eager to see the tradition start here in the US, but there was one Icelandic author, Björn Halldórsson, who had mixed feelings about it. Halldórsson, author of the short story collection titled Smáglæpir (or Misdemeanors), and the novel Stol (or Route 1), was also a longtime bookseller and director of the PEN World Voices Festival in New York. Describing his relationship to Book Flood as “love/hate,” he says. “As a writer there is something quite daunting about the pace of the book flood. The entire thing takes only about two months or so, which is a very short cycle for a book to do the rounds, for readers to become acquainted with it and for critics to take it to task. By January, many writers may be left with the feeling that nobody cares anymore about their brand-new book that took maybe two to four years to write.”

For these reasons, Halldórsson has been glad not to have participated in Book Flood as a writer. His first two titles released in the spring, “a calculated risk because your book might be old news by the time the flood descends.” At the same time, publishers also worry that books might “drown” in the flood, so spring publication is becoming more common. Halldórsson’s next book will release during next year’s Flood, and he says he has no idea if it will “sink or swim.”

While the Book Flood sounds somewhat anxiety-provoking for writers, Halldórsson makes it sounds jubilant for booksellers. When he worked in bookstores before Christmas, the clerks all got dressed up for their final shift on December 23, and would stash a cheap port behind the counter. He remembers the thrill “…the mob of customers that descend on the bookstores in the final hours before closing, picking out and recommending titles for entire families at a time.”

While I love the idea of a packed, joyful and tipsy bookstore, I can understand Halldórsson’s misgivings. There is a downside to having books commodified and marketed as gifts, he says. Like Flores-Galbis, he believes that the books we most deeply connect with are those that we chose. When Ricardo bought the Jaynes book for Flores-Galbis, he already knew it was meaningful to him. Giving someone a book they already love is a way to help them feel seen.

Will we Americans ever center books in our holiday festivities? Publishing has had a tough year, Julie Bosmon reports in the Times. The book industry usually does well during the holidays, but after “a boom in sales during the pandemic” sales are down.” The publishing landscape has also been fraught with book-banning, and union strikes among underpaid book professionals. 2023 is anticipated to be a “bumpy year.” This is all the more reason to give books as gifts. Why not shift our focus from holiday overconsumption to reading?

When I asked Tulinius how other countries might adopt Book Flood in their own countries, he said, “it shouldn’t be a big lift to get a bunch of people, in any society, excited about giving books to friends and family.” First Lady Reid concurred, “…why not transplant [Book Flood] elsewhere!”