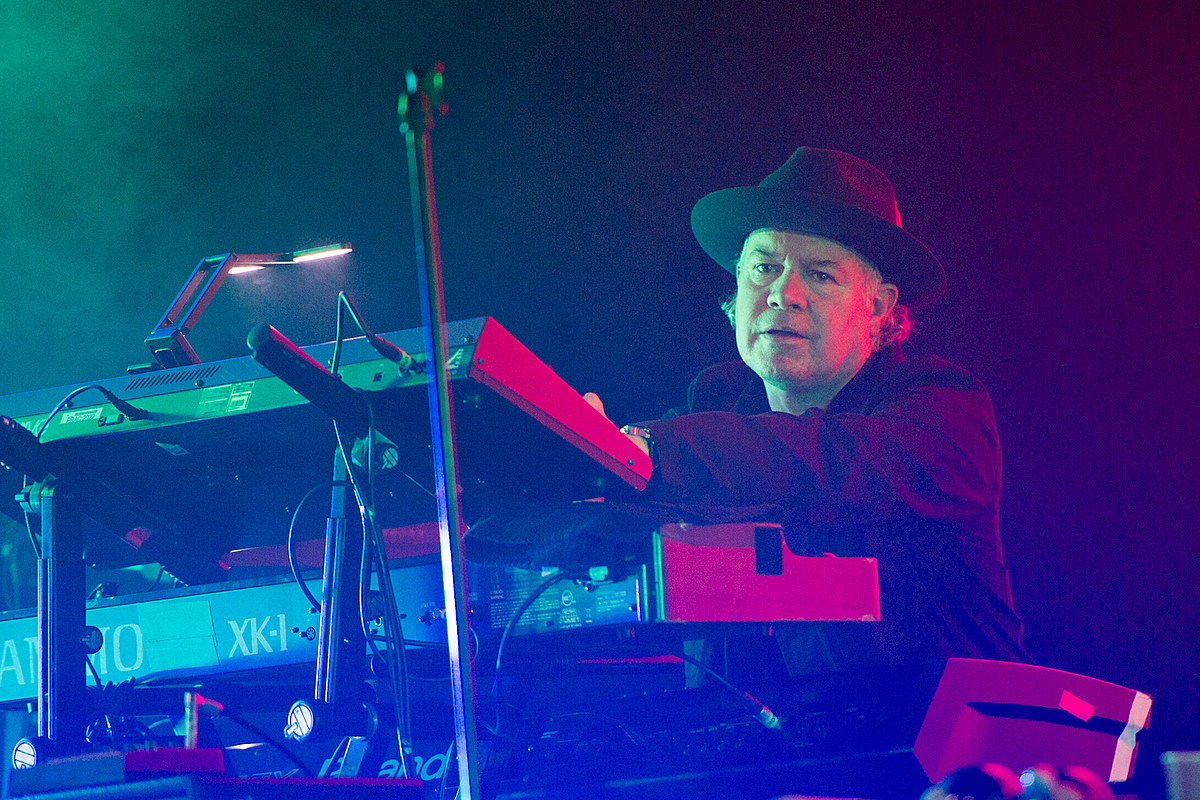 Martin Duffy, longtime keyboardist of Socttish alt-rock group Primal Scream and formerly of jangle pop/indie band Felt, has died at the age of 55

News of the musician’s death was confirmed by his brother Steve, who shared on Twitter that Martin had “suffered a brain injury after a fall and passed away peacefully surrounded by family and his beloved son Louie.”

“He was loved by his mother, brothers, wider family and close friends. Everyone who knew Martin loved him; he was the real deal, our shining star,” the statement continues.

Steve adds, “A terrible shock and we’re in bits but we have such love around us. He had a gift with music but even more of one with people. Love you Martin, proud of what you did and all you were. We’re with you brother.”

Primal Scream founder and lead guitarist Bobby Gillespie issued a touching and personal statement of his own (seen below), expressing his love and appreciation for his longtime bandmate and friend.

Read the entire statement below.

Hard to write this. We never know how to speak around death other than polite platidudes [sic].

All I want to say is that our soul brother Martin Duffy passed away on Sunday. He suffered a brain injury due to a fall at his home in Brighton. We in Primal Scream are all so sad.

I’ve known Martin since he was a teenager in Felt. He played keyboards on every album of ours from the first to the last. Finally joining the band in 1991. Martin was a very special character. He had a love and understanding of music on a deep spiritual level. Music meant everything to him.

He loved literature and was well read and erudite. An autodidact. A deep thinker, curious about the world and other cultures. Always visiting museums in every city we played or looking for Neolithic stones in remote places. Opinionated and stubborn in his views. He could play piano to the level where he was feted not just by his peers in British music, but old school master American musicians such as James Luther Dickinson, Roger Hawkins & David Hood & producer Tom Dowd.

I witnessed a session at Abbey Rd in 1997 for a Dr John album where his record company had assembled a bunch of young Indie Brit musicians where Mac Rebenac (Dr. John) seemed bored and uninterested in the session until Martin started playing, then suddenly the good Dr. started knocking some funky piano chops and I instantly knew it was because his ears had pricked up when he heard Martin play and the session at last came alive.

Martin was the most musically talented of all of us. His style combined elements of country, blues and soul, all of which he had a God given natural feel for. He never played the same thing twice, ever. He was all about ‘the moment’, better have that ‘record’ button on when Duffy was on fire. His timing was unique, funky and ALWAYS behind the beat. George Clinton also dug Martin. I remember a session in Chicago where George said to him “go to church Duffy!” and he did.

Martin was also in possession of a unique wit. He had a swift eye for the absurd, the surreal and the ridiculous.

He lived to laugh and play music. He was loved by all of us in the Scream. A beautiful soul. We will miss him.

Martin Bernard Duffy was born on May 18, 1967 in Birmingham, England and attended St. Thomas Aquinas Catholic School before getting his start as a musician, joining Felt in 1985. The group was formed in 1979 and had released three records prior to Duffy joining on keyboard. He remained with the band through their dissolution in 1989, played on seven albums starting with 1985’s Ignite the Seven Cannons through 1989’s Me and a Monkey on the Moon.

In 1989, he joined Primal Scream, which Gillespie had formed back in 1982 and had even been featured on their first pair of albums, 1987’s Sonic Flower Groove and 1989’s self-titled record before receiving credit as a fully-fledged member on each studio record since, totaling another nine albums, the last being 2016’s Chaosmosis.

Primal Scream bassist Simone Butler, who joined the band in 2012, lamented the tragic loss of Duffy as well, sharing, “No words x I miss u [sic] already Duff. This is the saddest day and I’m [in] tears writing this. So loved.”

Tim Burgess, lead singer of English alt-rock/indie group The Charlatans, calls Duffy a “beautiful soul.” He also recalls when the musician stepped in to help his band out after the 1996 death of their keyboardist Rob Collins three weeks prior to their live appearance at Knebworth opening for Oasis.

Rest in peace, Martin Duffy. Loudwire sends our condolences to the Duffy family and all who knew Martin.

Primal Scream, “Movin’ On Up”

A Summary and Analysis of Richard Connell’s ‘The Most Dangerous Game’
Bam Margera and Family Share Funny Stories about Vinnie Paul
Top albums we’re looking forward to in 2023: Skrillex, ILLENIUM, Kx5, & more
Tom Brady Won’t Rush Back to Work, Focusing on Family and Kids, Not Dating
The Rising Asian DJ KROMI Is Making a Name for Herself