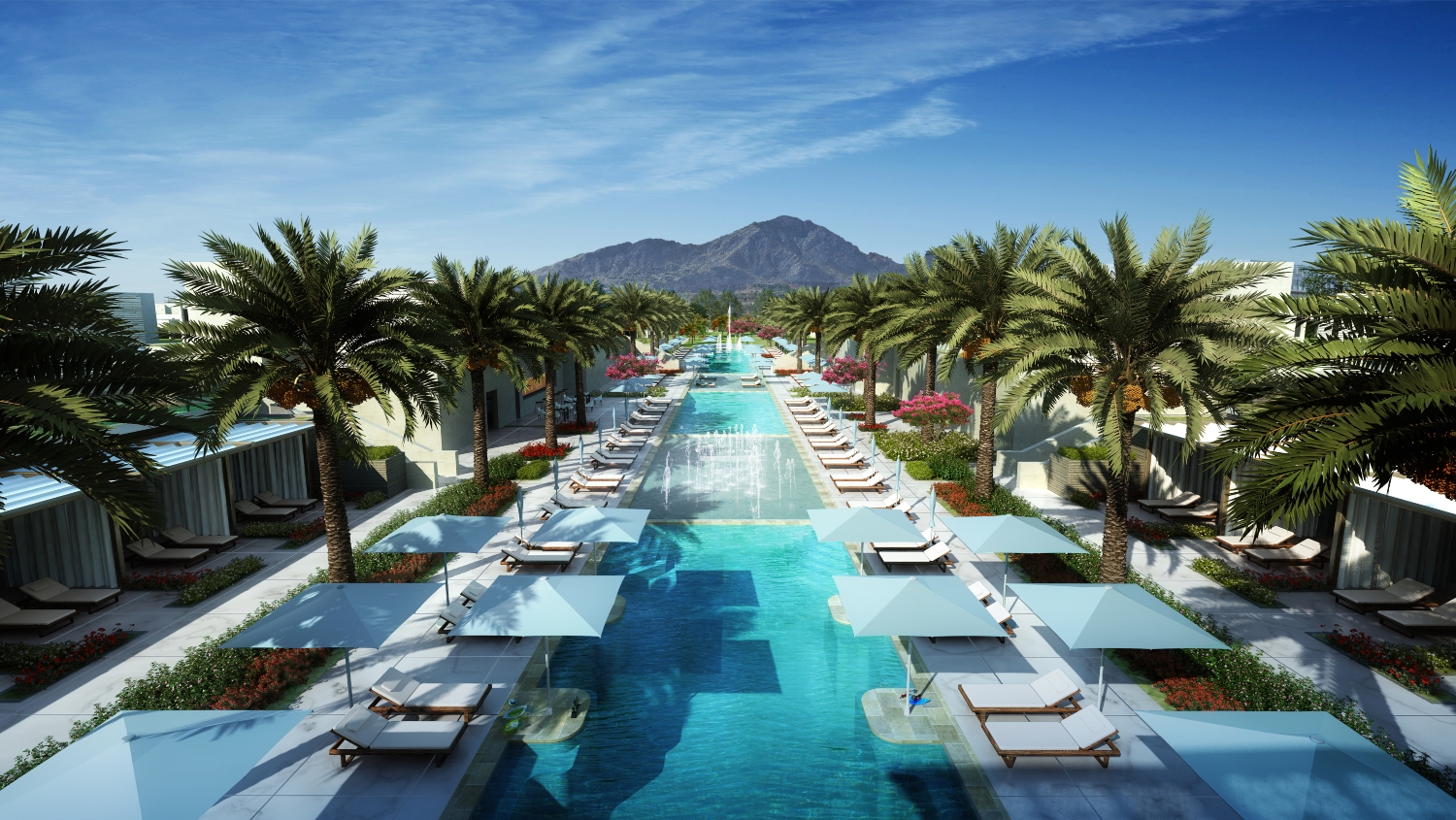 If you are looking for the most luxurious places to travel next year, fear not, we have you covered. Iconic hotels and resorts across the globe are excited for next year’s boom and rise up from the pandemic to present booming travel numbers. So, as the first installment of a four-part series of new luxury property openings, below is a curated list of new openings in the Americas and Caribbean in 2023. 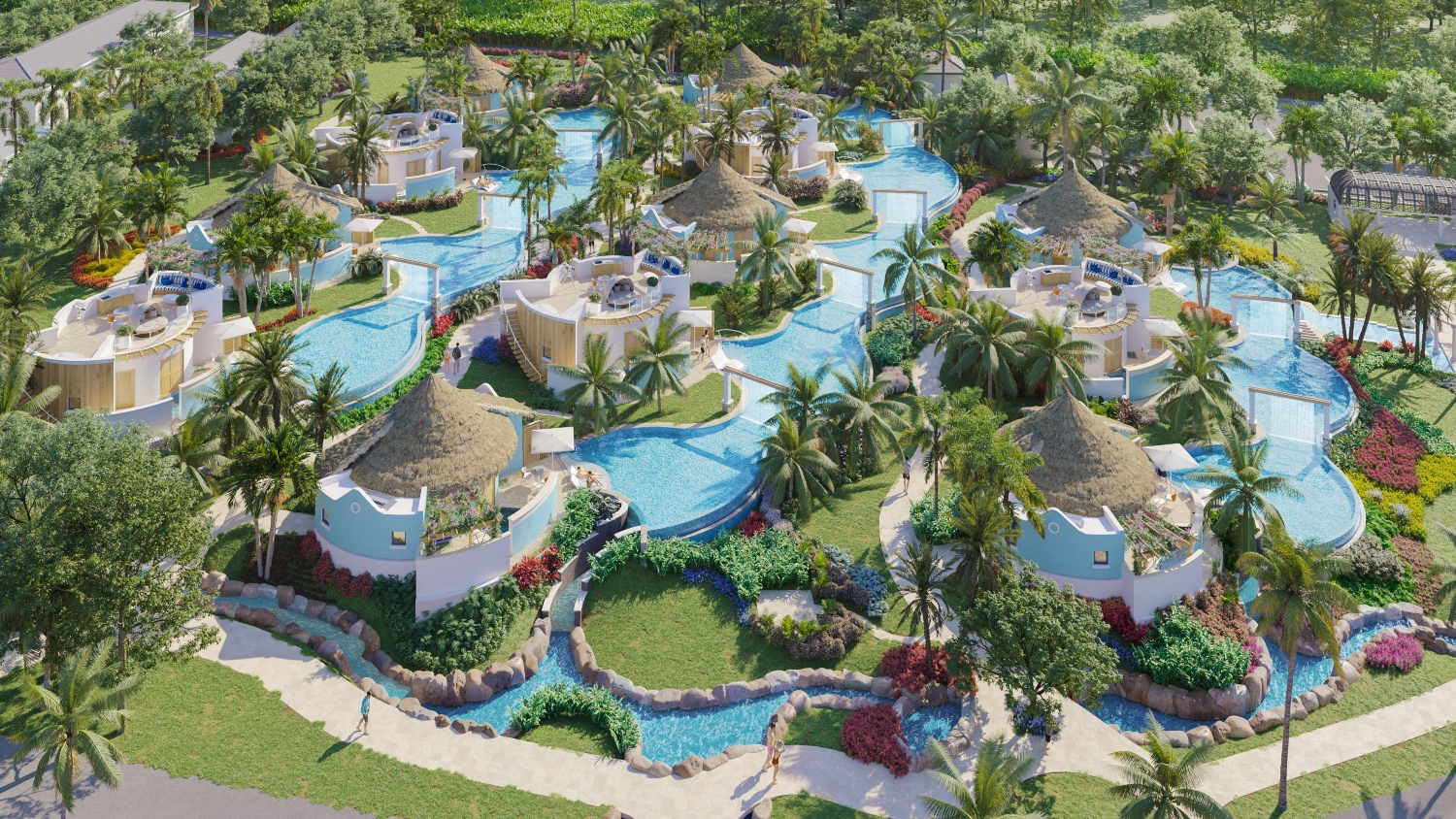 Sandals Dunn’s River will open as there imagining of the former Jewel Dunn’s River resort with 260 thoughtfully constructed new rooms. The all-inclusive resort will offer Jamaica’s first SkyPool Suites along with first of its kind, Coyaba Sky Rondoval Villas with private soaking tubs, an oversized swim-up pool and an open-air terrace. The property will offer 12 dining destinations, 10 of which are new to the brand, a PADI-certified dive operation, and five pools, including two river pools and Jamaica’s largest pool, designed to mimic the flow of a river. The resort also has complimentary exchange privileges with the nearby Sandals Ochi, just six miles away. 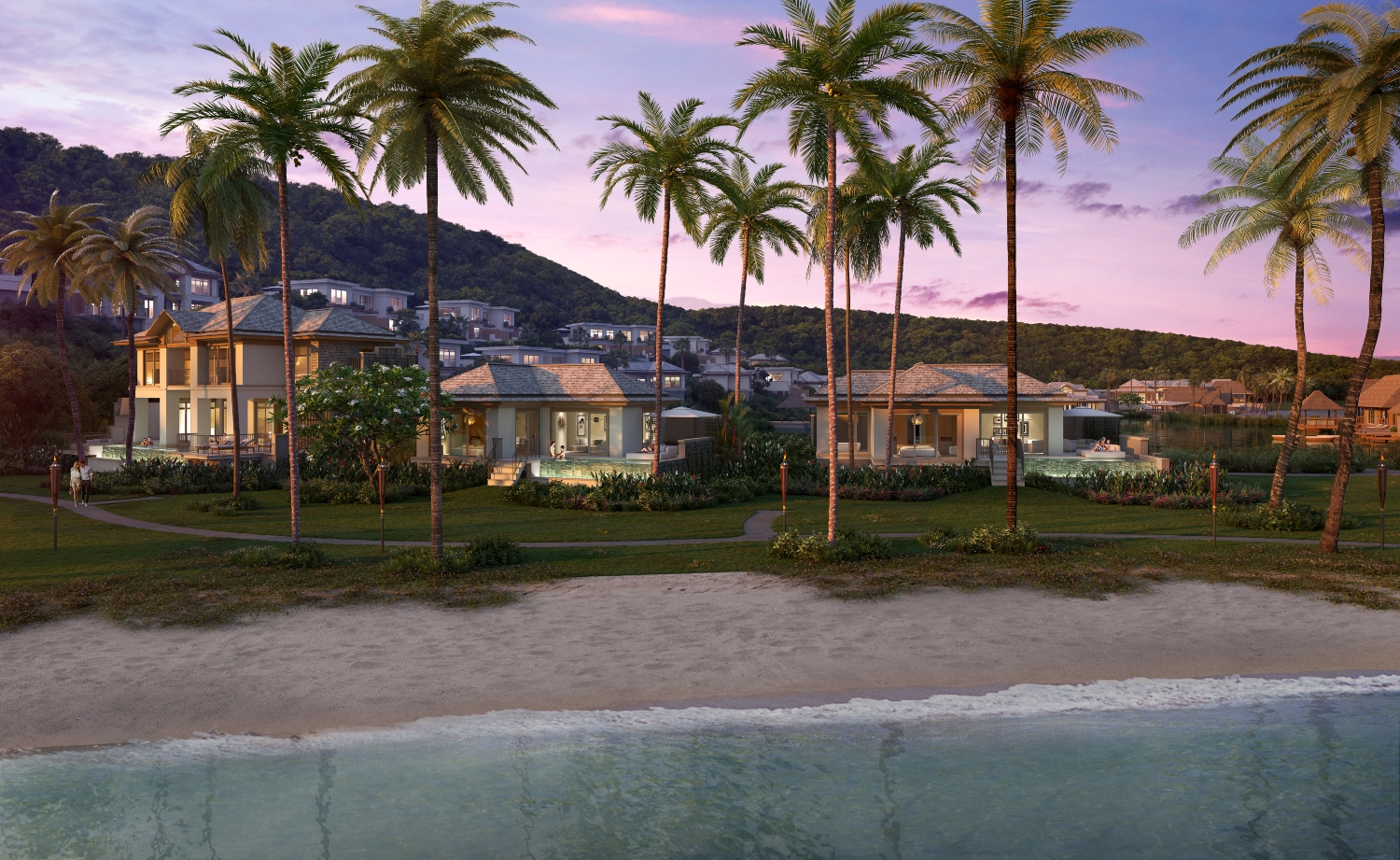 Located on 28 acres of the southern end of Grenada, the Spice Isle of the Caribbean, La Sagesse will be Six Senses first Caribbean resort.  This waterfront resort’s design is fashioned after a picturesque Caribbean village offering guests an eclectic collection of restaurants and bars and a Six Senses Spa accessed only by gondola. For those looking to purchase an idyllic Caribbean home, private 3 and four-bedroom Six Senses villa residences are nestled on the hillside. 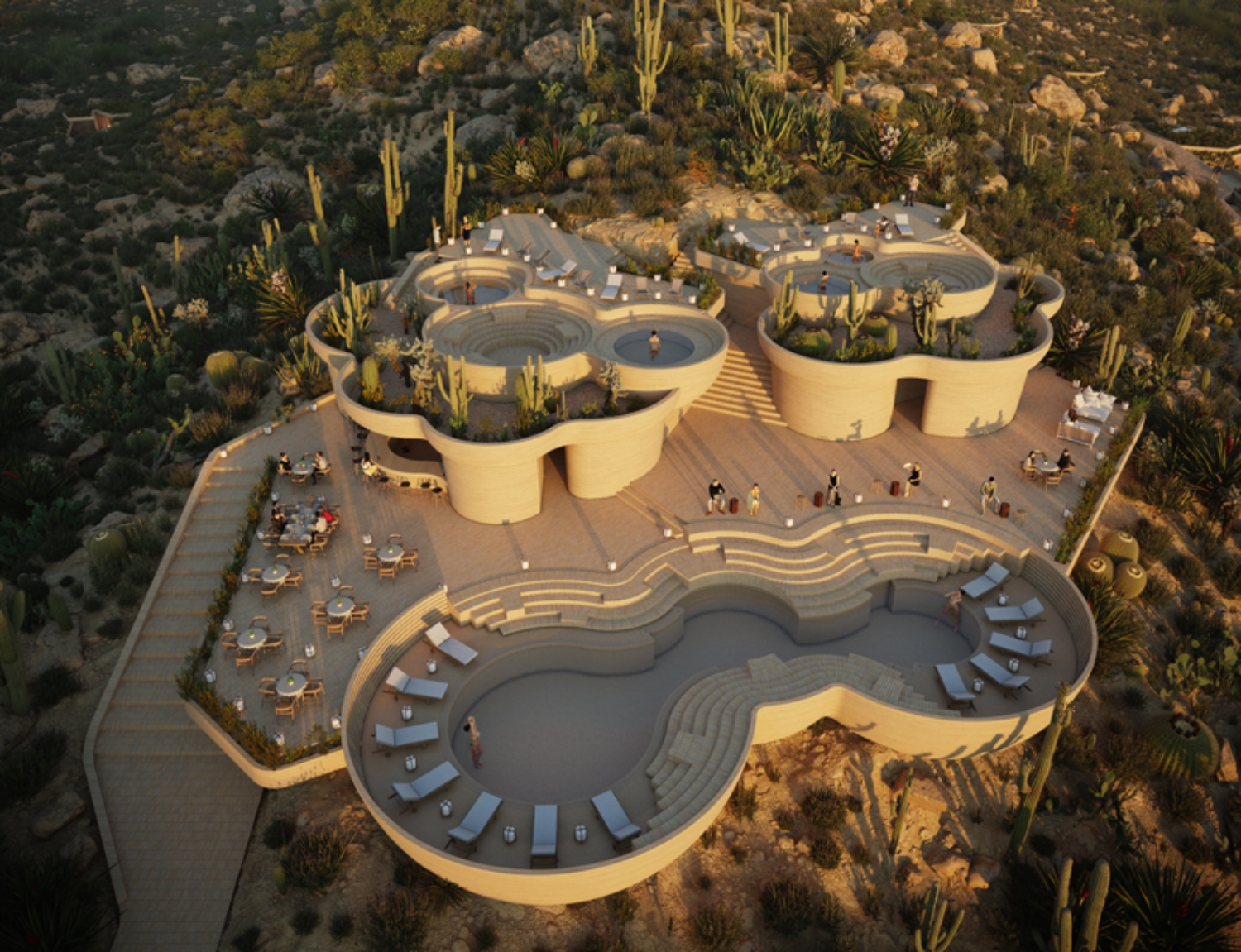 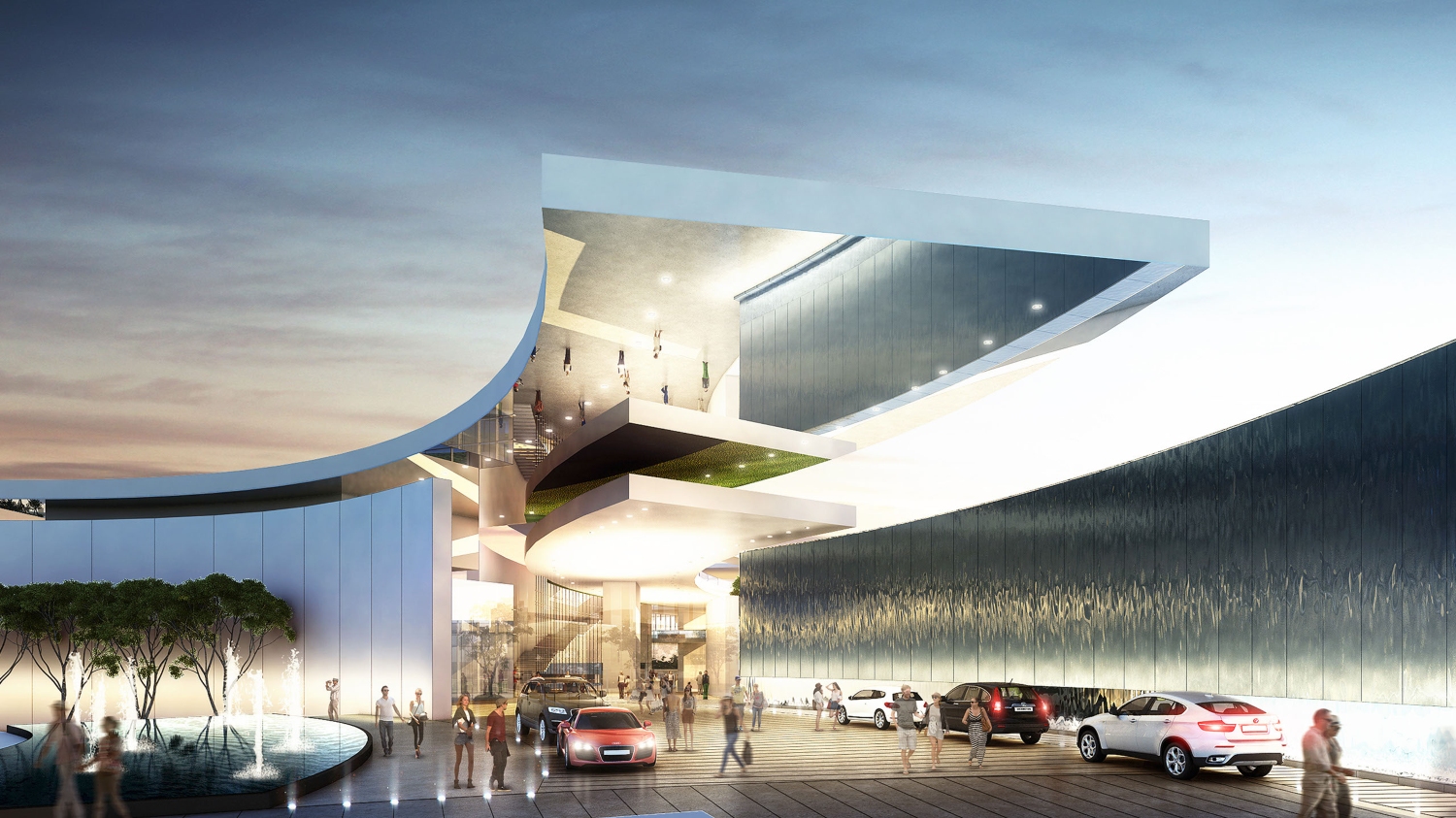 As part of a 620-acre nature reserve along Mexico’s Yucatán Peninsula, The St. Regis Kanai Resort is set in a lush forest of mangroves along crystal-clear waters. Taking inspiration from the surrounding biodiversity and ecosystem, Chapi Chapo Design used local materials and textiles to bring the resort to life. The property will feature 124 guestrooms and 20 suites, all with stunning ocean views, a St. Regis Spa, swimming pools and two 18-hole golf courses designed by José María Olazábal and Nick Faldo. Five culinary venues will be on property including a Cacao Bar as well as a Tequila and Mezcal room. 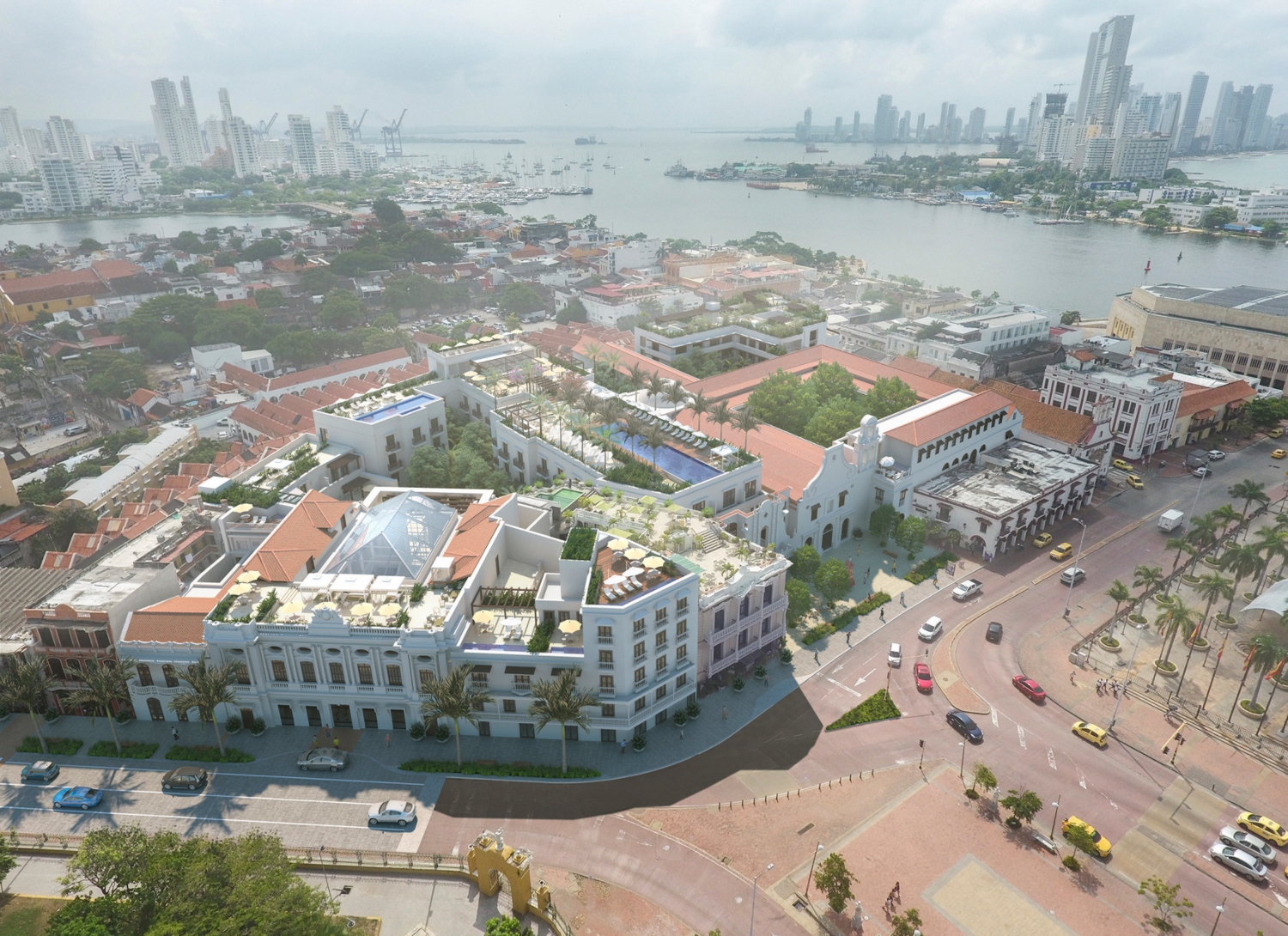 Housed in several significant buildings dating as far back as the 16th century, the new hotel and private residences will feature 131 rooms and suites and 16 Private Residences. The Four Seasons Hotel and Private Residences Cartagena will preserve the historic facades in the Getsemaní neighborhood, and feature a rooftop pool, several restaurants and bars and the massive 4,200 sq. ft. Royal Suite 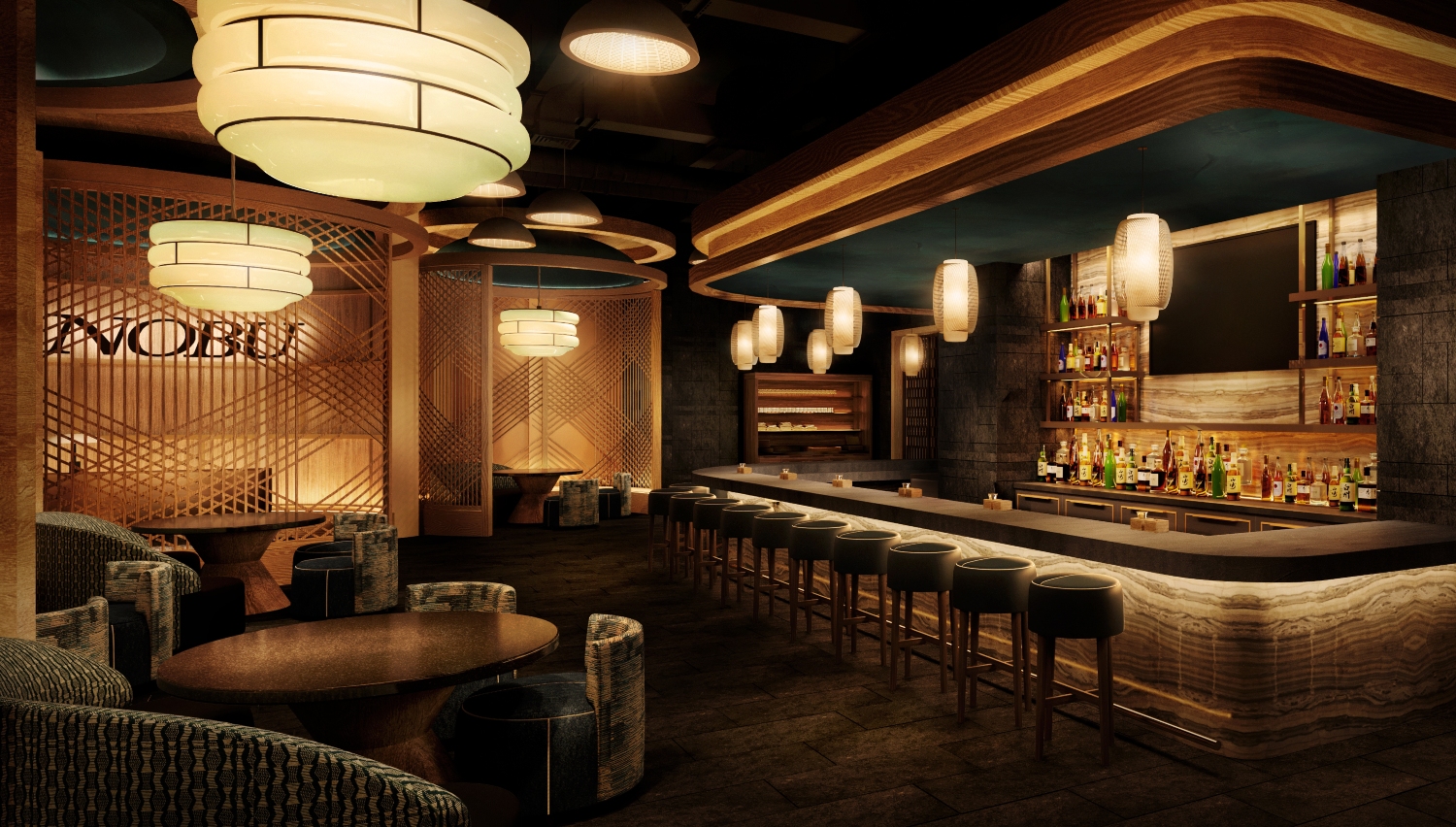 Occupying the newly reimagined Caesars Atlantic City, Nobu Hotel Atlantic City will further position the city as a leading travel destination on the East Coast. Designed by the Rockwell Group, the modern aesthetic draws inspiration from Japan and in select accommodations, dining venues and common spaces guests will enjoy panoramic views of the ocean and Jersey Shore coastline. 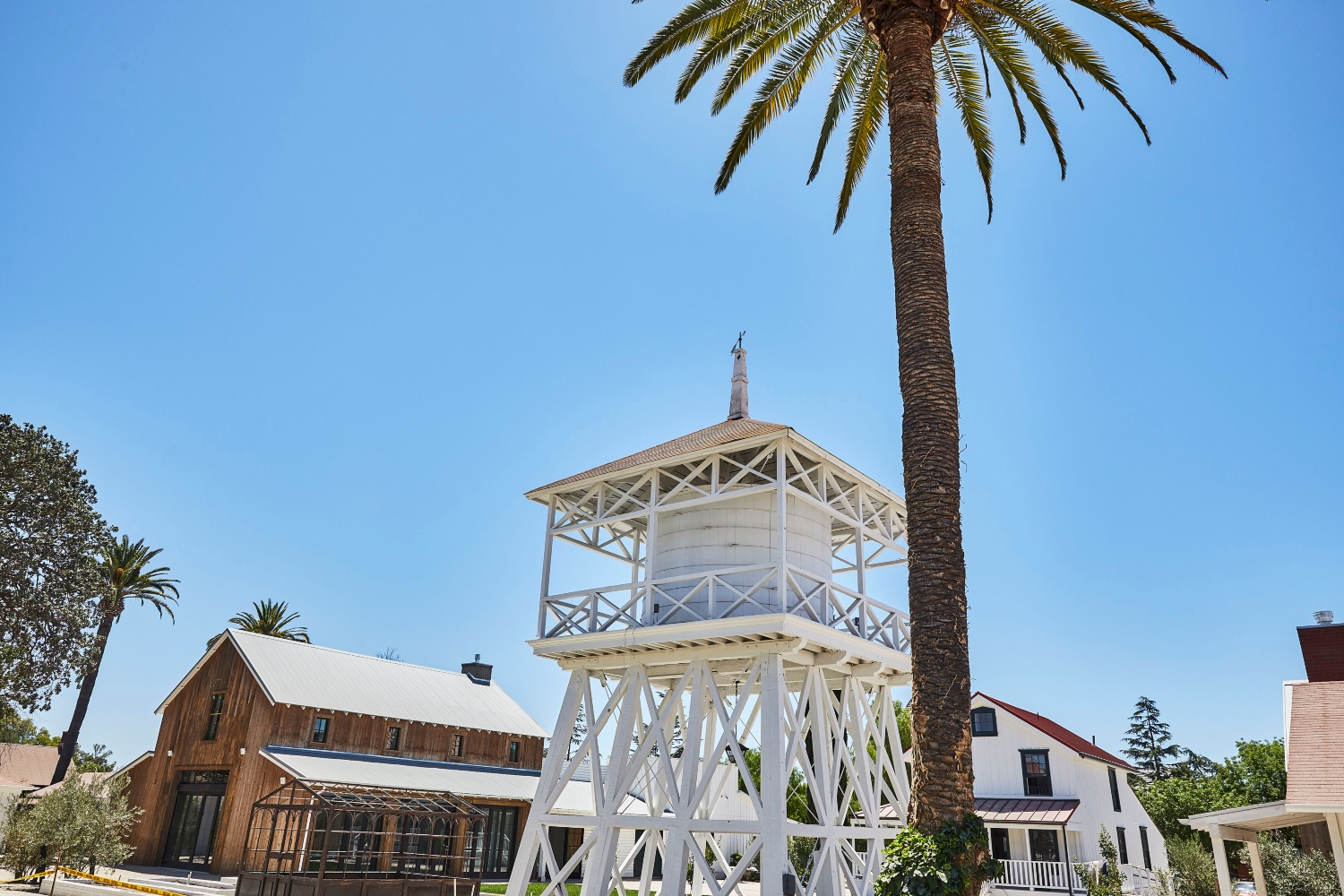 Located in the Santa Ynez Valley in Los Olivos, The Inn at Mattei’s Tavern reimagines its storied past as the once social center of the Santa Ynez Valley through the 1930s. The Inn will feature 67 luxury guest rooms and cottages that blend the simplicity of modern farmhouse design with the eclectic style of nearby ranch life and rich history. Along with an open-air destination restaurant, the Inn will include an outdoor pool with a welcoming poolside bar, cabanas and firepits, a signature spa, and modern indoor-outdoor event spaces. 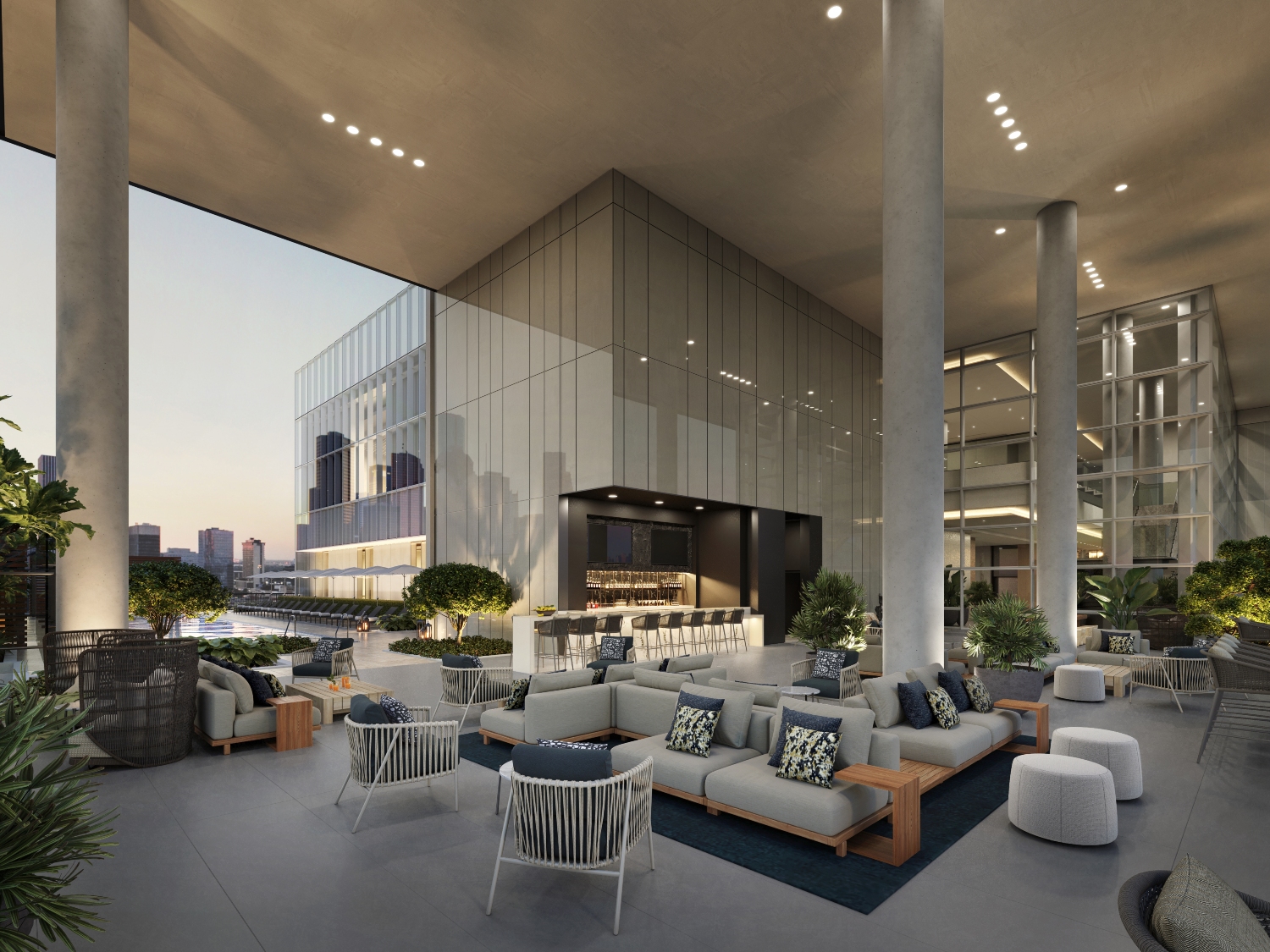 The chic 23 floor hotel is in downtown Dallas, at the epicenter of the city’s robust cultural arts scene. At JW Marriott Dallas Arts District, guests will be whisked up to the Sky Lobby on the 11th floor where the spacious lobby and cocktail lounge welcomes all. Along with three restaurants, meeting and conference areas, ballroom and a fitness center, the most eye-catching portion of the hotel is the luxurious mid-air pool and deck with 40-foot ceilings. 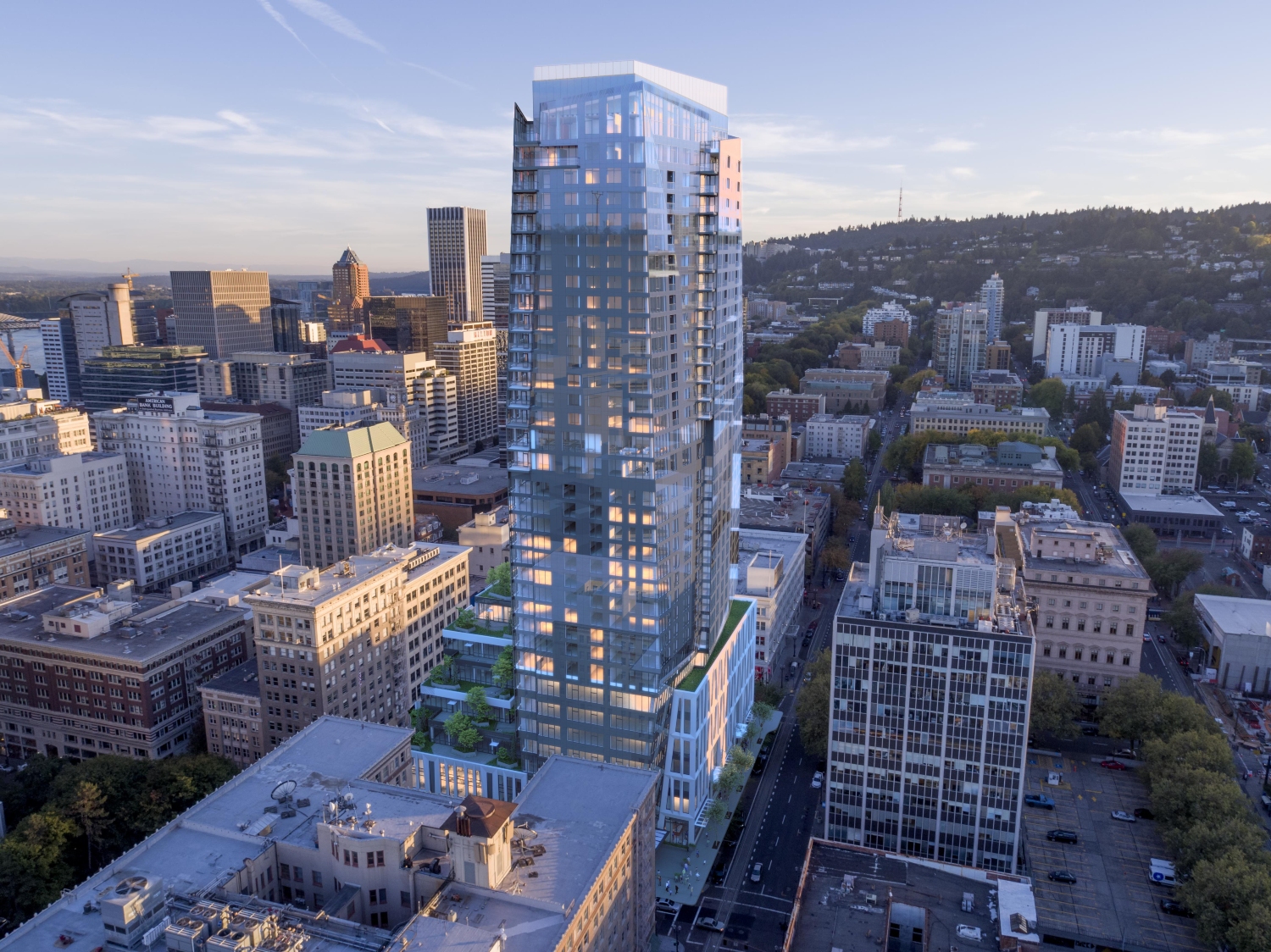 As the first property in the Pacific Northwest, The Ritz-Carlton, Portland is inspired by the region’s natural beauty. Making use of local materials and textures, designed to bring the outdoors in, the contemporary aesthetic can be seen throughout the common spaces as well as the 251 guestrooms. Taking up 15 floors of a 35-story tower in Portland, sweeping views of the city skyline as well as multiple culinary venues and a swimming pool overlooking the Cascade Mountain Range set this property apart. 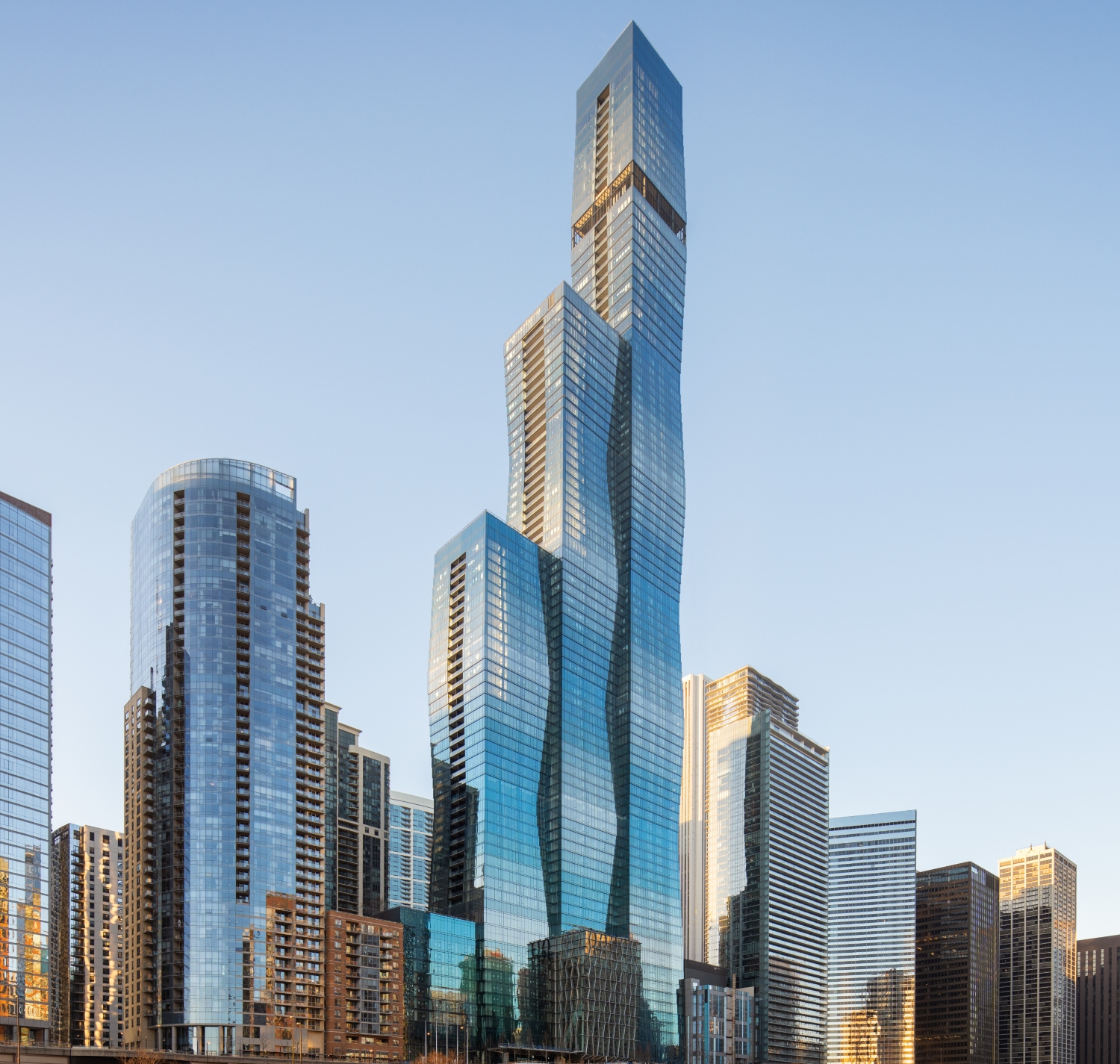 The St. Regis Chicago is located on 11 floors of the 101-story architectural marvel and third tallest building in Chicago, the St. Regis Tower. Geusts will be able to take in the stunning 360-degree views of Chicago and Lake Michigan, as the urban oasis will feature 191 guest rooms and several exquisite dining options including two from Lettuce Entertain You Enterprises. The curving glass tower was designed by award-winning architect Jeanne Gang of Studio Gang and is the tallest building in the world designed by a female. 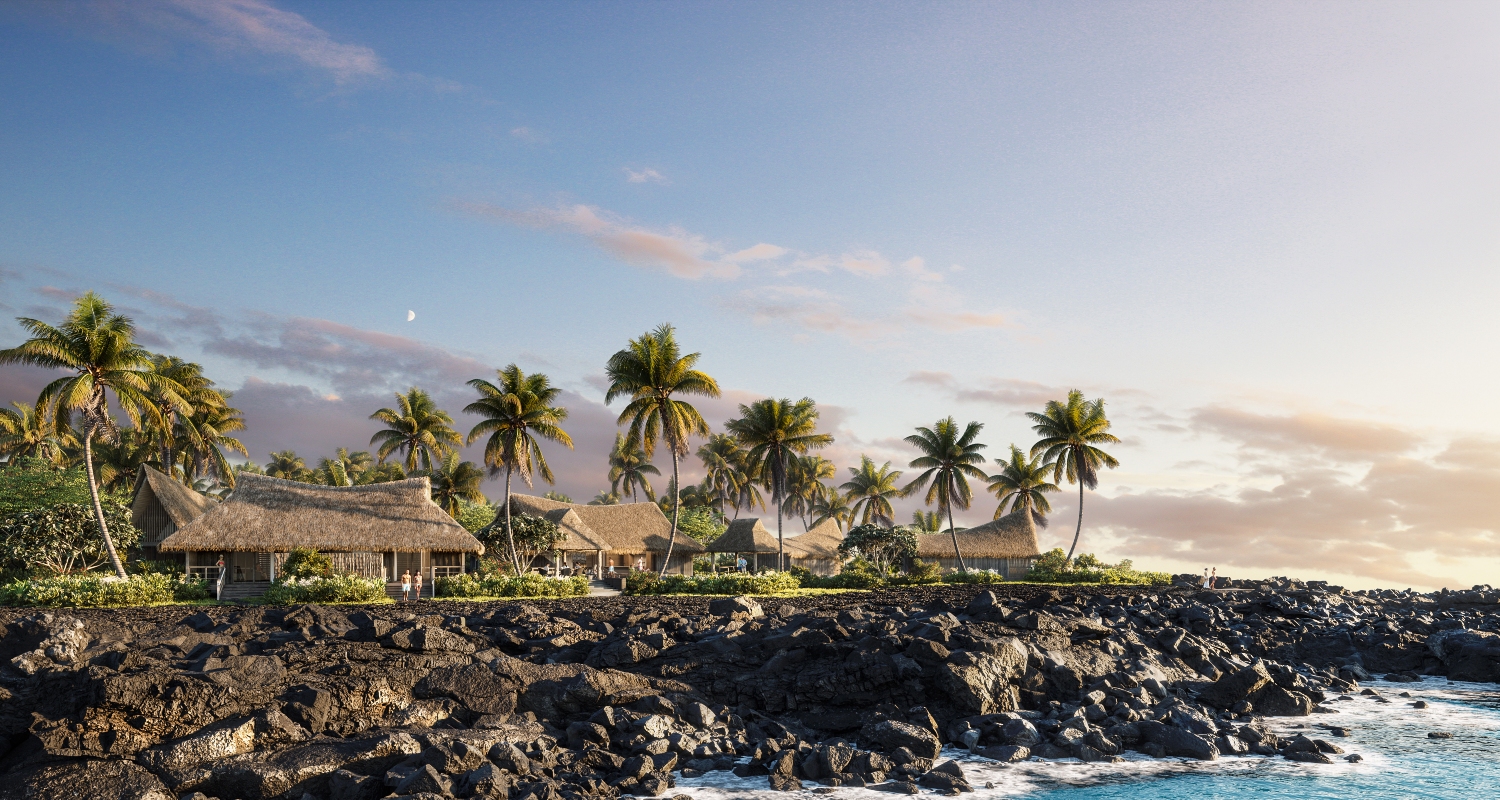 Located on the Kohala Coast of the Big Island of Hawai‘i, Kona Village, A Rosewood Resort spans 81 acres drawing inspiration from the history of the site, local culture, and natural elements. The property has been carefully curated to celebrate the quintessential elements of the original Kona Village Resort and its offerings will include 150 guest hales (a traditional Hawaiian structure, much like a refined beach bungalow); five restaurants and bars and a full-service Asaya, Rosewood’s integrative wellness concept. A commitment to sustainability is evident throughout the property’s design and function as the resort will be powered 100% by solar energy and uses local materials in its design. 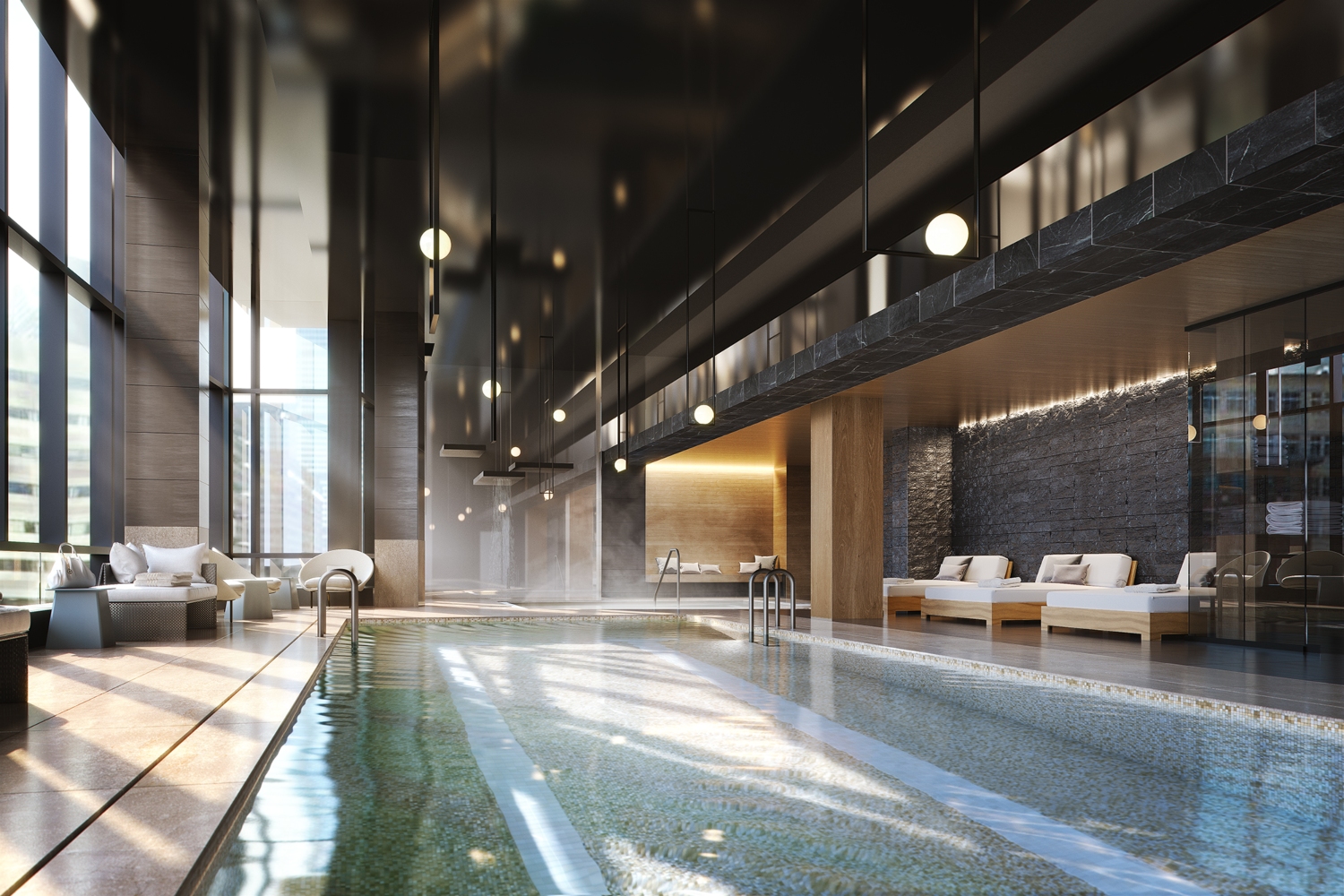 As the brand’s first mixed-use opening in North America, Raffles Boston Back Bay Hotel & Residences will showcase 147 guestrooms and 146 branded residences in a remarkable new 35-story building. Highlights include a three-story sky lobby perched high above Copley Square, a state-of-the-art Raffles Spa with a 20-meter indoor pool, and five distinct food and beverage venues; the project is destined to reinforce the Back Bay as a first-class international neighborhood. 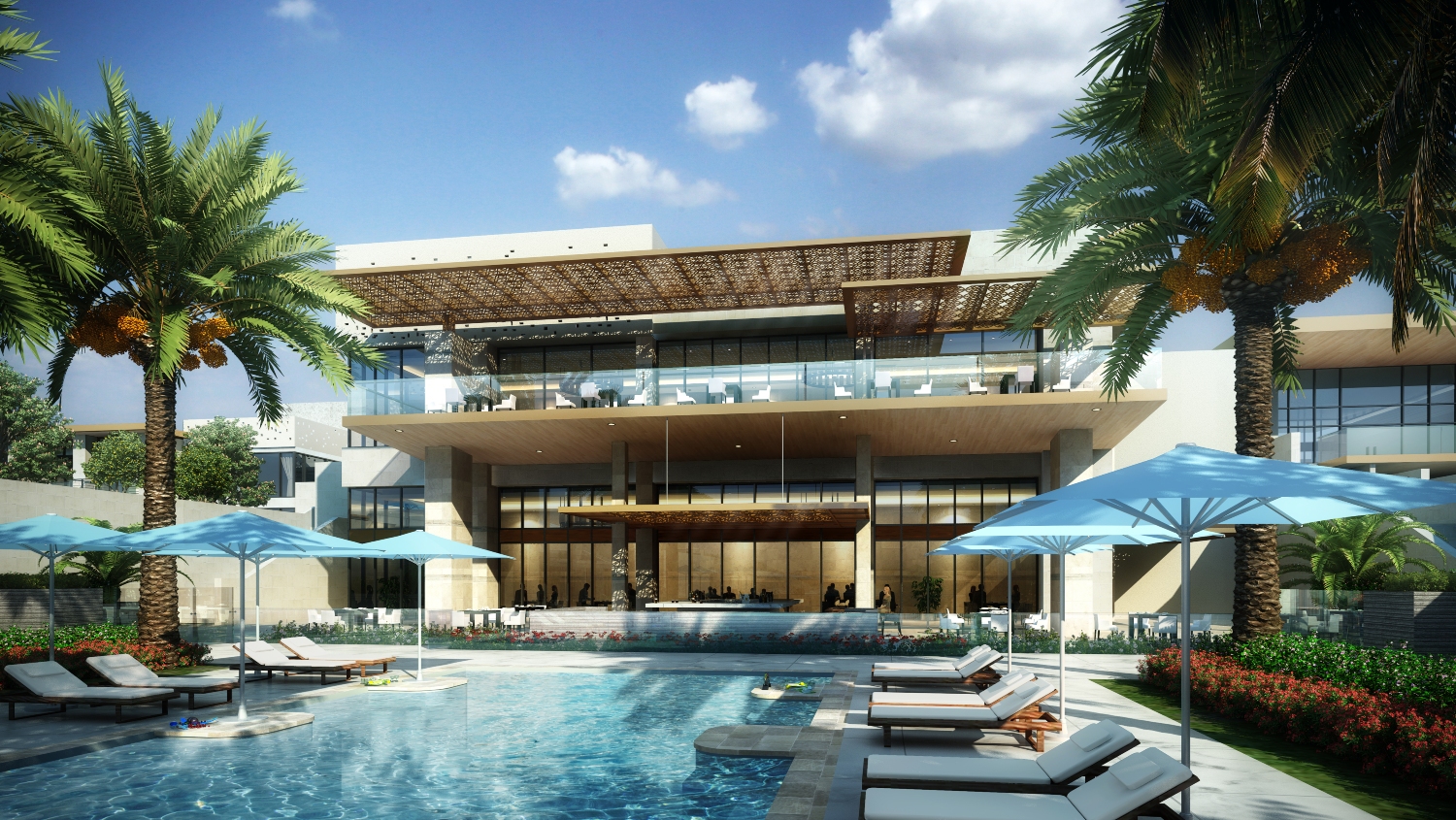 Tucked away in the heart of Scottsdale, The Ritz-Carlton Paradise Valley, The Palmeraie is an exclusive retreat set on 20 acres of lush cooling landscape. From their grand 400-foot swimming pool, two-story 14,000 sq. ft. spa to on-site citrus groves and secret gardens, the resort evokes a sense of escape at every turn. Offering a total of 215 guestrooms and suites, the opulent 7,400-square-foot Presidential Casita is ideal for entertaining or for multigenerational travel, featuring six-bedrooms and a private pool. 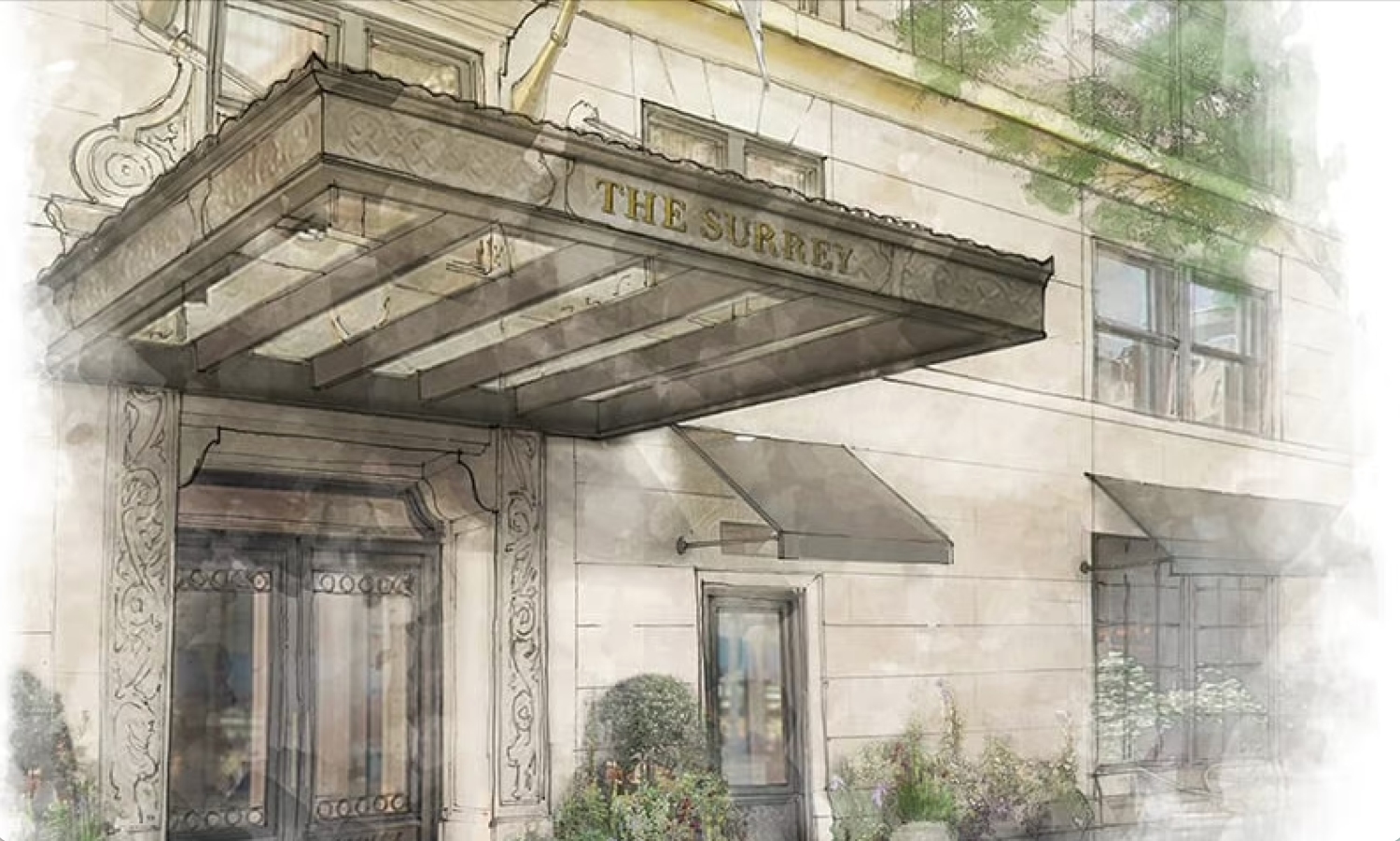 The London based brand is scheduled to open its first-ever North American property, Corinthia New York during Q4 of 2023. The famed Surrey Hotel on the Upper East Side is undergoing an extensive renovation bringing the brand’s impeccable design to the US. Food and beverage outlets will be managed by Casa Tua and interiors are designed by Martin Brudnizki Design Studio.