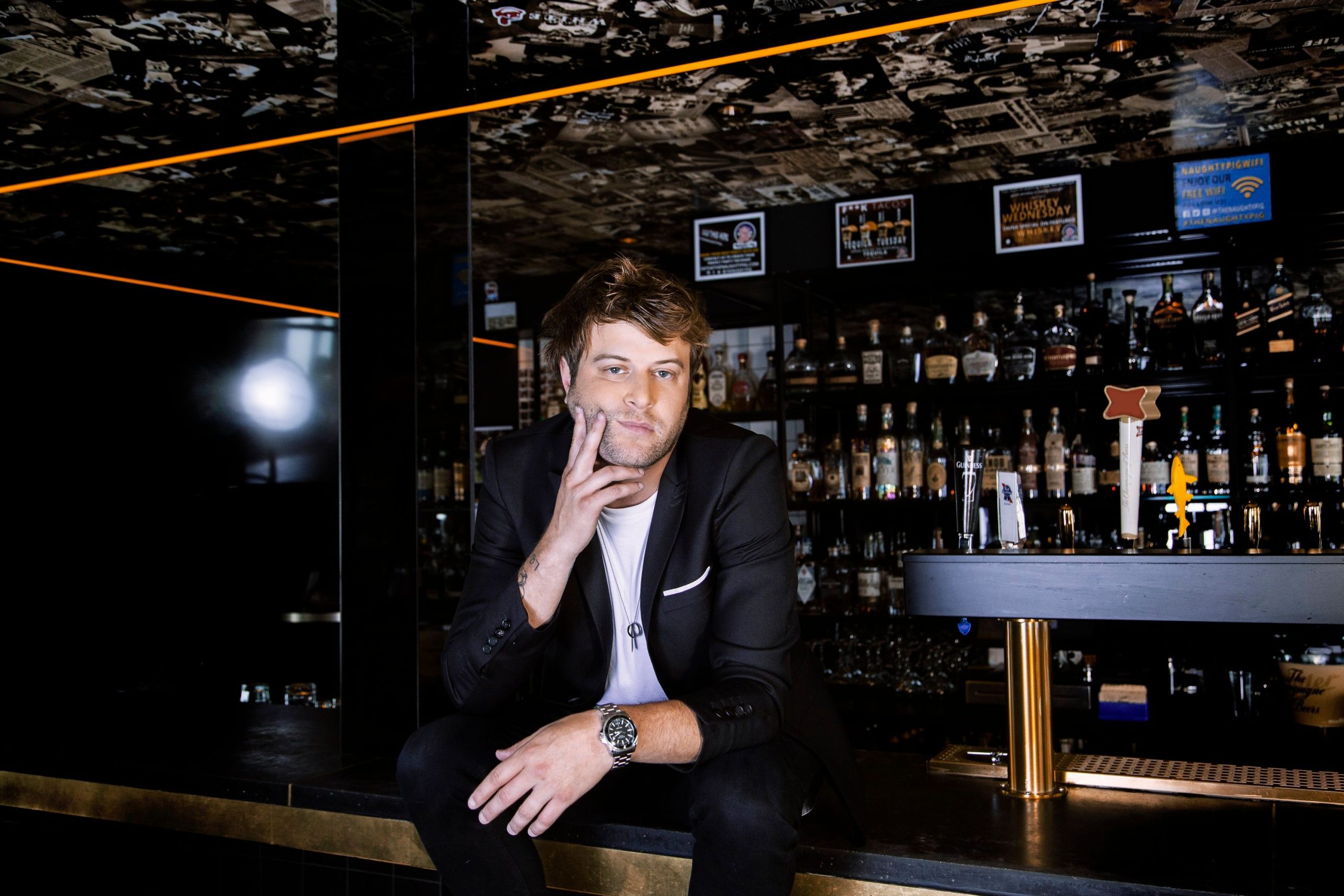 The Century Family Records. Alt.Pop artist Little Hurt is heading out on a co-headlining tour with Hembree to support his new single ‘Buttercup’ .

The song is a compact, clever nugget of pristine pop-rock perfection that features longtime friend The Ready Set on guest vocals. ‘Buttercup’ offers a frank confession of romantic uncertainty and insecurity — set to a funky backbeat, pulsing guitars, colorful layers of emotion and an instantly memorable whistled refrain.

Little Hurt (Aka Colin Dieden, former Lead Singer of The Mowglis) says “I wrote ‘Buttercup’ with my some of my best friends in the world (Ryon, Studaboi & Dan Geraghty) and it was one of those songs that I knew would be a single the second we finished the chorus. It hits everything I try to accomplish with the music I release: Telling a kinda sad story in a way that can make you smile, sort of like looking back at an old photo. We knew we wanted our friend Jordan Witzigreuter (The Ready Set) to jump in on production as we were writing it. Jordan and I had been trying to figure out a good collab song for what seems like a couple years at this point, and this one was just perfect for his voice, so we are featuring him as well. This is one of the songs I’m definitely most excited about releasing since I started Little Hurt.”

The Ready Set adds “Colin sent me the demo of ‘Buttercup’ to work on some additional production after they had already finished writing it and had the basic structure and parts there. He came over and tracked vocals with me and as I was working on it a few days later, I kept thinking this seemed like a potentially good song for a collab between the two of us. We have been writing together for years and have done some collaborative stuff between Little Hurt and my other project Onlychild, but we had talked about doing something for Little Hurt/The Ready Set forever, and the more time I spent with the song I started to feel like it definitely fit. When I added my vocals to the verses, everyone was into it’.

Dieden is a prolific songwriter who has been pumping out hit after hit since he debuted his solo project Little Hurt in 2019. Singles “Get Out Of My Life”; “Help Me Out”, and “Chelsea’s Coming Over”, have been released this year.  2021 was a good year for Little Hurt, with the “Every Second” EP receiving plaudits from several press outlets, including Billboard, Entertainment Weekly, Alternative Press, Pop Matters, American Songwriter, Music Connection, and more. He’s an in-demand cowriter and performer who was featured on the song “19” with New Dialog and “Lonely” with Twin XL and Rad Horror.

Little Hurt has seen rapid growth, with more than 38 Million cumulative audio streams since 2019.  Dieden had a breakout year in 2020 with “My Head Hurts” becoming an instantly memorable track that received Advanced Placement and regular rotation on SiriusXm Alt. Nation, as well playlist adds at Spotify, Apple Music, Pandora and Amazon Music. ‘Alaska’ was a hit during the summer, spending 4 weeks at #1 on SiriusXM Alternative Nation Top 18 Countdown, charting Top 35 on Alternative Radio nationally and placement on key Alternative playlists on all major streaming services. “Better Drugs” started off the year, and helped establish Dieden’s solo career after spending nearly 10 years as lead singer of alternative stalwarts The Mowgli’s.

An EP release is slated for the first quarter of 2023, with more touring being scheduled for later in the year.

Is this the best library Instagram in America?
James Cameron Has Avatar 6 & 7 Plans, Would ‘Have to Train’ Successor
Elon Musk listens to professional troll Andy Ngo and bans anarchist publisher from Twitter.
Twitter Under Elon Musk Leaning on Automation to Moderate Content Against Hate Speech
4 Essential Skincare Products Every Man Needs: Made Easy, Courtesy of Apricus