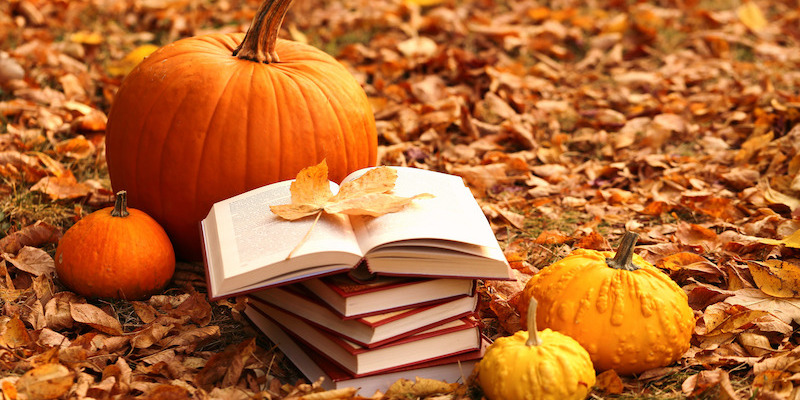 Celeste Ng’s Our Missing Hearts, George Saunders’ Liberation Day, Paul Newman’s The Extraordinary Life of an Ordinary Man, and Annie Ernaux’s Getting Lost all feature among the best reviewed books of the month.

Brought to you by Book Marks, Lit Hub’s “Rotten Tomatoes for books.”

“Stunning … One of Ng’s most poignant tricks in this novel is to bury its central tragedy…in the middle of the action. This raises the narrative from the specific story of a confused boy and his defeated father to a reflection on the universal bond between parents and children … Our Missing Hearts will land differently for individual readers. One element we shouldn’t miss is Ng’s bold reversal of the biblical story of the Tower of Babel. It is the drive for conformity, the suppression of our glorious cacophony, that will doom us. And it is the expression of individual souls that will save us.”

2. The Hero of This Book by Elizabeth McCracken
(Ecco)

“… soulful, melancholy … McCracken deftly evokes how so many of us feel about our mothers: that they are just there, and always there, and that any intimation that they were not always there or weren’t ever just as they are is an affront to the primacy of their connection to their child. Many children will never forget the moment they realized that their mother was a separate human being, who made mistakes and had faults and foibles all their own, separate from their own selves. This existential shock reverberates throughout McCracken’s book, coupled with the shock of that mother no longer being there … In this vivid composition, McCracken paints the final layer of the portrait of the mother she has so painstakingly drawn in the preceding pages … ‘Don’t trust a writer who gives out advice,’ McCracken warns in the first chapter. But the irony is, her words create an exquisite alchemy that makes a reader ready to follow her anywhere, believe every word she writes down. Is this book a novel or is it a memoir? It matters not at all. With every vital, potent sentence, McCracken conveys the electric and primal nature of that first fundamental love.”

“Acutely relevant … Let’s bask in this new collection of short stories, which is how many of us first discovered him and where he excels like no other … Saunders’ imaginative capacity is on full display … Liberation Day carries echoes of Saunders’ previous work, but the ideas in this collection are more complex and nuanced, perhaps reflecting the new complexities of this brave new world of ours. The title story is only one of a handful of the nine stories in this collection that show us our collective and personal dilemmas, but in reading the problems so expressed—with compassion and humanity—our spirits are raised and perhaps healed. Part of the Saunders elixir is that we feel more empathetic after reading his work.”

1. The Escape Artist: The Man Who Broke Out of Auschwitz to Warn the World by Jonathan Freedland
(Harper)

“Compelling … We know about Auschwitz. We know what happened there. But Freedland, with his strong, clear prose and vivid details, makes us feel it, and the first half of this book is not an easy read. The chillingly efficient mass murder of thousands of people is harrowing enough, but Freedland tells us stories of individual evils as well that are almost harder to take … His matter-of-fact tone makes it bearable for us to continue to read … The Escape Artist is riveting history, eloquently written and scrupulously researched. Rosenberg’s brilliance, courage and fortitude are nothing short of amazing.”

2. The Extraordinary Life of an Ordinary Man by Paul Newman
(Knopf)

“Newman at his best … The end product…is twice the book one could have dared to hope for, a narrative that is astute, introspective and surprisingly graceful … When we meet our heroes on the page, we want them to have something thoughtful to say—to make good on the admiration their outsize performances have won. Newman always seemed likely to pass that test, with his self-aware persona, storied marriage and generous charitable activities. Still, to see it come true in this rich book somehow imbues his characters’ pain and joy with fresh technicolor.”

“The journal is relentless in its presentation of her pain and abasement, but no less so in its effort to dissect what just happened. Here is the same deep probing for truth, the same fanatical quest for self-awareness to be found in all Ernaux’s work … Like most diaries—and quite unlike Ernaux’s usual meticulously concise prose—Getting Lostcontains its share of banalities, messy thoughts, inconsistencies, and unpolished sentences. It is often repetitious, and accounts of Ernaux’s dreams are no more exciting to hear about than anyone else’s ever are. But, to echo James Wood’s observation about reading Karl Ove Knausgaard—another writer consumed with his own intimate history—even when I was bored I was interested … What is remarkable—and what, for me, makes her work more engaging than much contemporary autofiction is her ability to appear removed from her first-person narratives, to be writing objectively about her subjectivity, achieving transparency and, at the same time, an almost forensic detachment … as a matador-writer Ernaux has always faced the bull’s horns. She is a master of close and graceful capework, and, as in any bullfight, it is the show of courage before danger and possible disaster that enthralls the spectator.”