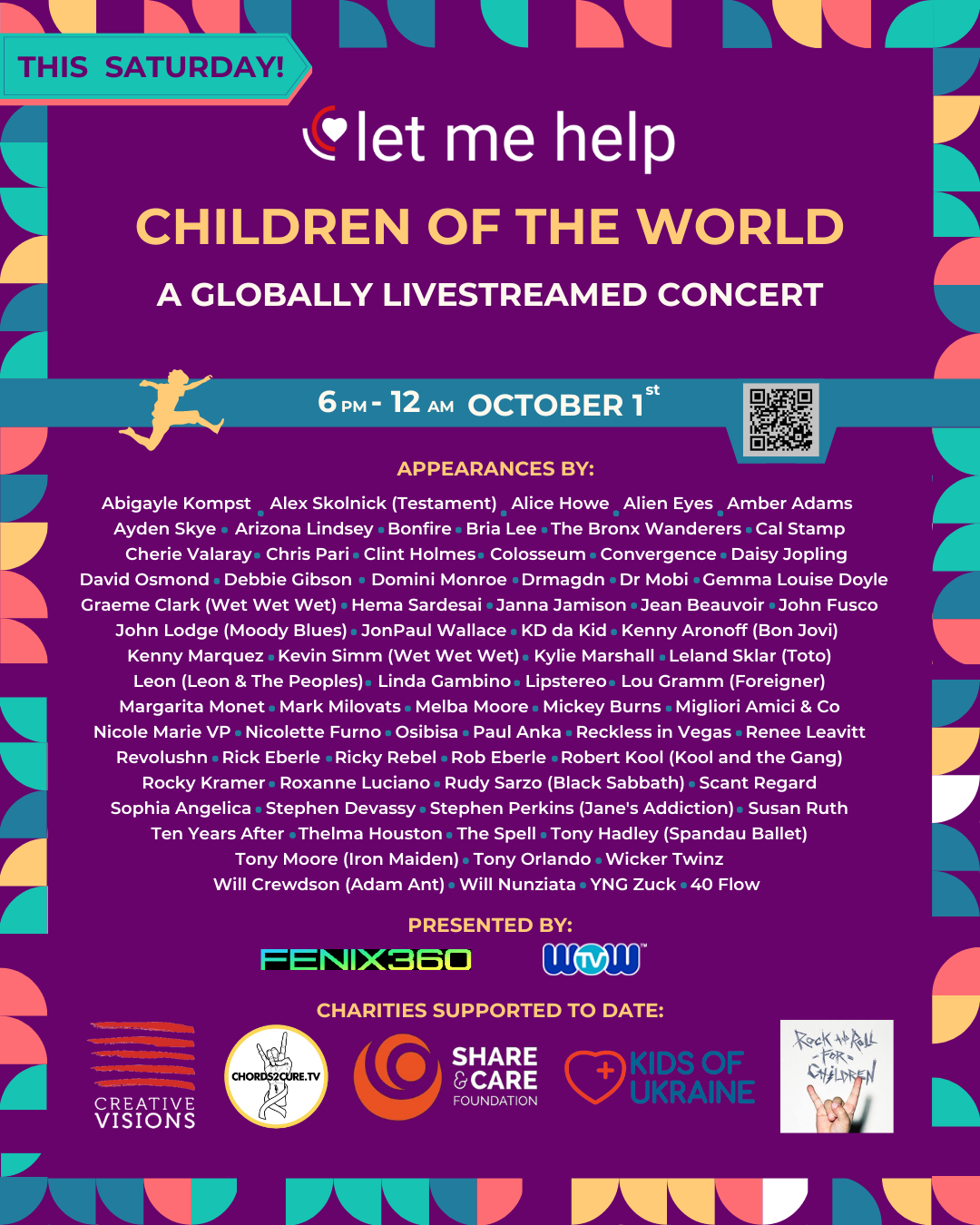 Lou Gramm rocks the Let Me Help, Inc “Children of the World” this Saturday October 1, 2022 from 6 PM ET – 12 AM ET.  Gramm is the lead singer of the iconic band Foreigner who are known for hits including “I Want to Know What Love Is”, “Waiting for a Girl Like You”, “Cold as Ice” and so many more. He is a singer/songwriter and started with the faction in 1977.

Hosted by SohoJohnny the founder of Let Me Help, Inc and produced by MD25, the concert promises to be the biggest virtual extravaganza this year and can be seen on WOW TV and FENIX360. Let Me Help, Inc was created after the passing of SohoJohnny’s mom from Covid. It is designed to help those whose lives and livelihoods have been affected in some way by an unforeseen circumstance or illness by raising money through the celebration of music, laughter and dance.

The link to the concert and to make a donation to watch this incredible charity benefit on the evening of October 1, 2022 may be found here:

The official website for Let Me Help, Inc may be found at