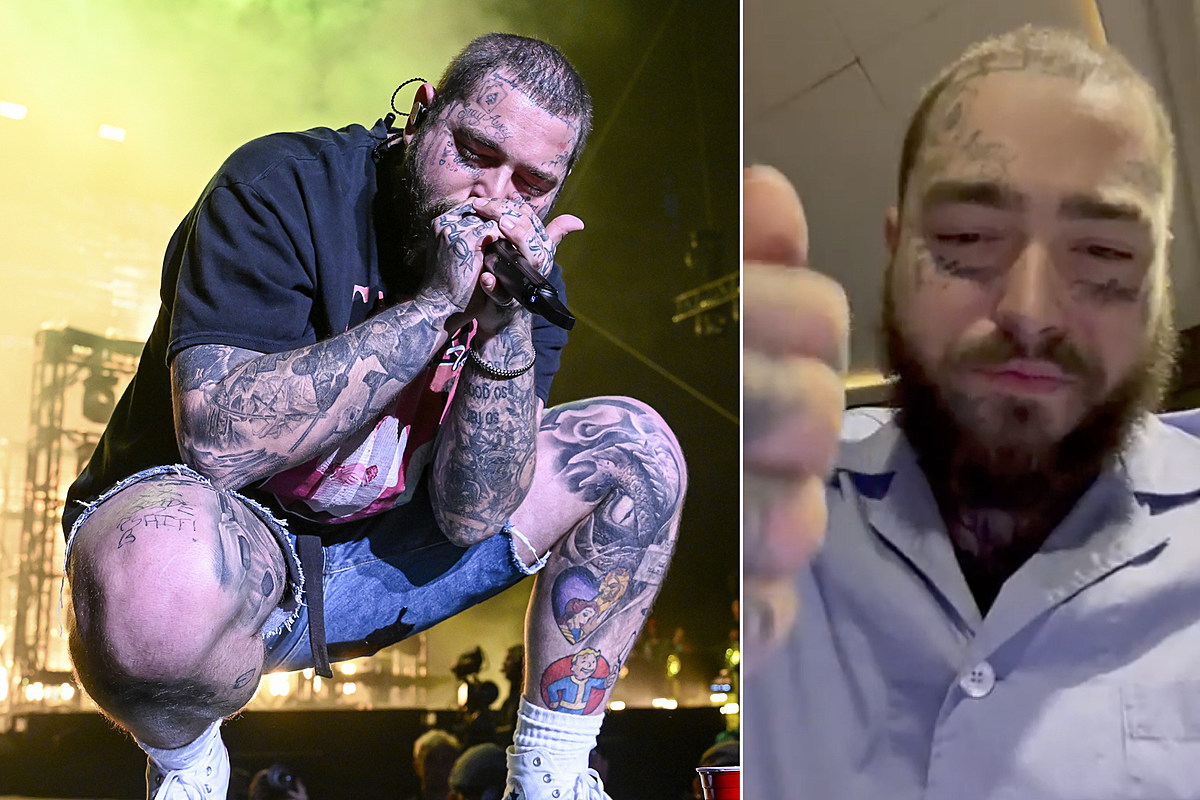 Post Malone apologized to fans in a video over the weekend after the rock-minded hip-hip artist experienced a nasty fall onstage during his “Twelve Carat Tour” performance in St. Louis, per KFVS 12.

Mid-song at Enterprise Center on Saturday (Sept. 17), Post Malone fell into a hole in the stage that was opened just moments before. The hole was part of the stage set that mechanically removed a guitar after an acoustic portion of the concert. Subsequently, in the singer’s video to attendees, the entertainer apologizes, saying, “Thank you for your love, and thanks for hangin’ around even though I got my ass kicked by myself.”

Watch the video down toward the bottom of this post.

“Hey, St. Louis — fuckin’ love you guys so much,” Posty says. “Thank you for putting up with my dumb ass. … Whenever we do the acoustic part of the show, the guitar’s on the guitar stand, and it goes down. And there’s this big-ass hole, so I go around there and I turn the corner and I bust my ass. … [It] got me pretty good.”

He continues, “We just got back from the hospital and everything’s good. They gave me some pain meds … so we can keep kicking ass on the tour. I just wanna apologize to everyone in St. Louis. I wanna say thank you guys so much for coming to the show.”

The singer adds, “Next time I’m around this way, we’re gonna do a two-hour show for you, so we can make up for the couple [of] missed songs that we missed.”

Before Post Malone’s video, fans showed concern for the musician due to the forceful impact of the fall, which concertgoers captured on video and shared on social media.

One Twitter user reported, “Post Malone made a few more die hard fans when he fell through a hole in the stage cracking 3 ribs. Fans said he came back out on stage after 10 minutes saying he was sorry & hurting so bad he was crying, then someone gave him a beer and he finished the concert.”