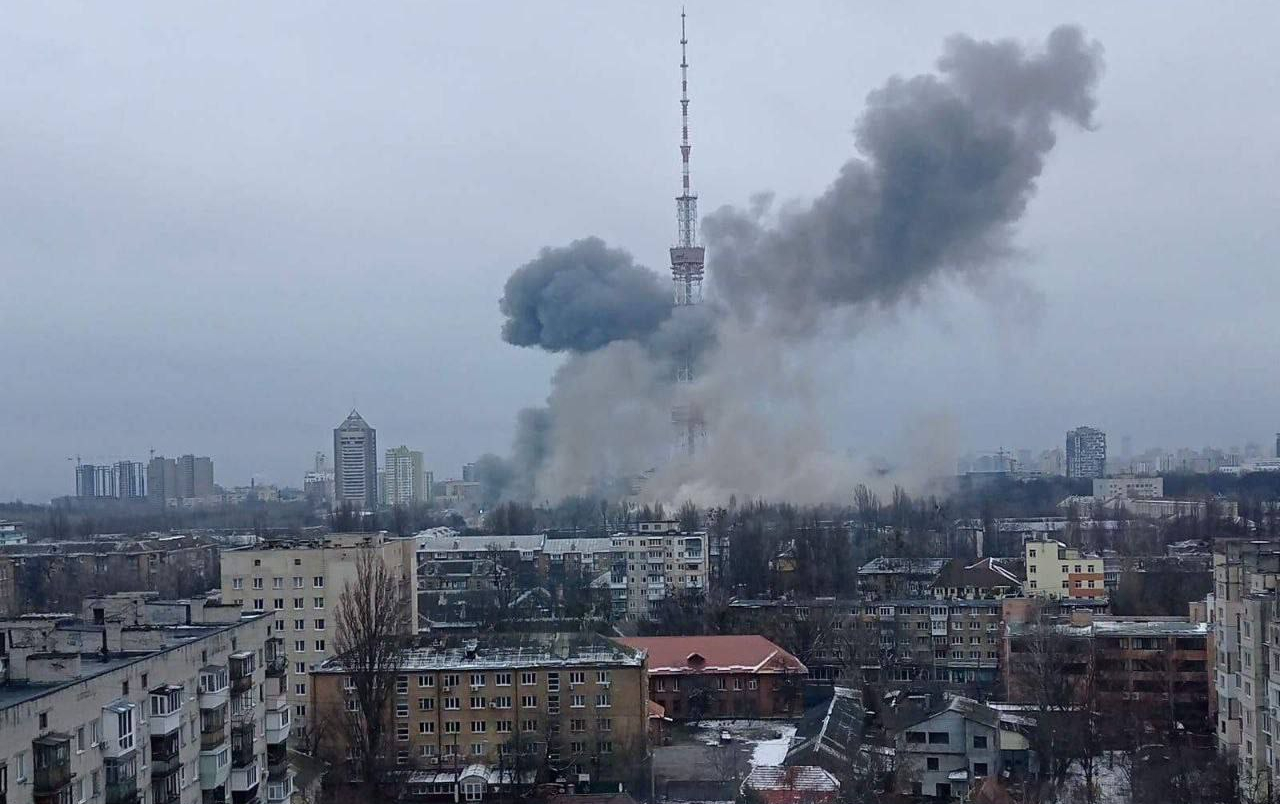 As the Ukrainian army continues to push back Russian forces in the east of the country, we spoke to Volodymyr Lutchenko, CTO of Ukrainian operator Kyivstar, about the challenges of keeping communications online in a country under invasion.

As the invasion started, was there a particular effort from the Russian military to target telecoms infrastructure?

Actually, our real photos from the fields can prove it. There is not any other logical explanation, only targeted explosives of telco infrastructure. There can be only one explanation.

How much damage did your masts and data centre infrastructure receive?

According to our statistics, after the liberation of the Chernihiv and Kyiv regions 35% of our sites were totally destroyed. There was nothing, we had to rebuild them from scratch.

Were there any precautions taken by telecoms and infrastructure firms prior to the invasion that mitigated some of that damage?

Actually it’s very difficult to make any preparation for mitigation of a single site loss. So that’s why our plan was much broader, much wider to include core size, to reconsider topology, transmission connecting sites, and then cities and towns in total. We were not focusing on redundancy for one single site, we were focusing on continuity of service. So it’s a totally different strategy and that’s what we’re focused on.

After the liberation of the Chernihiv and Kyiv regions 35% of our sites were totally destroyed. There was nothing, we had to rebuild them from scratch. 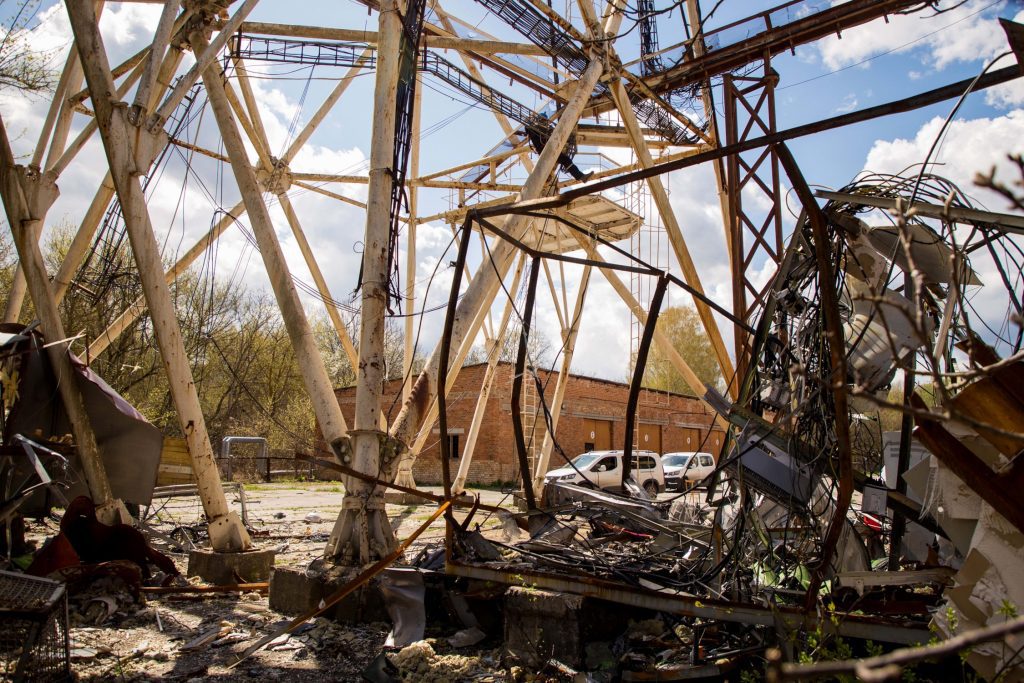 How did you go about repairing equipment and getting communications back online once the invasion had started?

The preparation for network reliability started in November, and the first thing it included of course was the core site. As a telco operator we have several core sites and we added one more in a very safe zone. Just to be on the safe side, we spent more than $10 million for this redundancy node. This included cloud solutions and on prem solutions, we actually reached almost 100% redundancy for our core services.

We had some days when up to ten fibre optic cables were damaged simultaneously.

For our databases there was a great project performed with the IT team with Ericsson, Cisco, Oracle, Microsoft and other partners who supported us during these activities. There was also redundancy preparation for fibre optic backbone damage. We had some days when up to ten fibre optic cables were damaged simultaneously. Standard practice, such as ring topology for telco backbone networks, won’t survive in such cases. But our networks are wide. There is a simple explanation – we were prepared. So, we added almost one terabyte of capacity for our key cities like Zaporizhya and Khakiv, and it helped a lot.

For critical transmission points we procured extra diesel energy generators. You can buy an energy generator and put it on but somebody has to refuel it. And here is where we had some great help from our military forces and local people such as farmers. They were taking their diesel and putting the fuel into our generators because they understood… Kyivstar was providing connectivity. 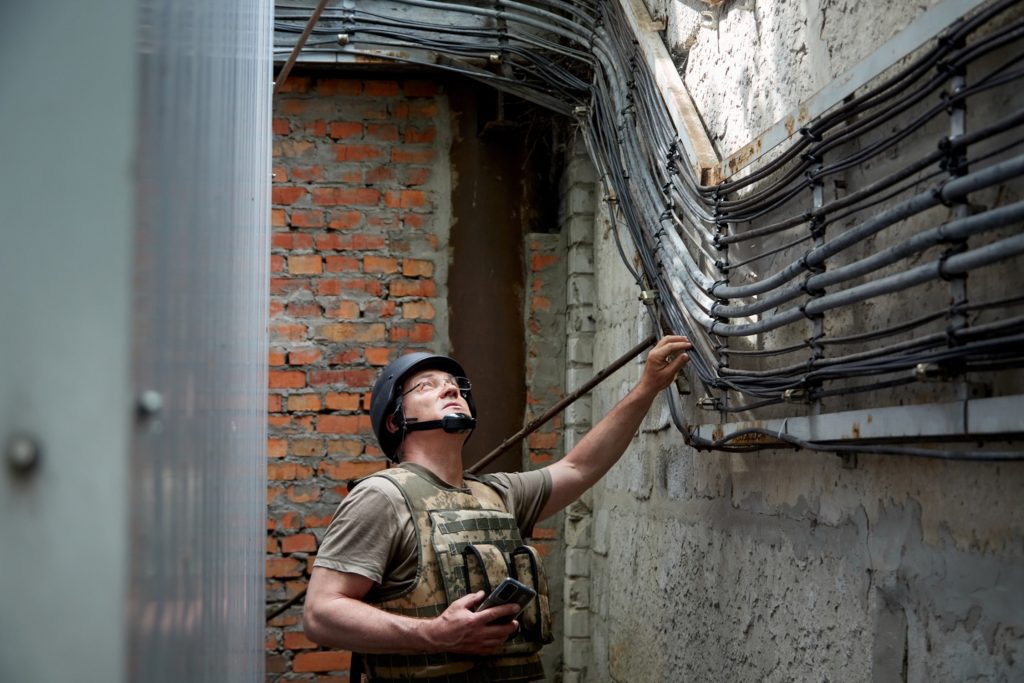 As territory is being retaken by Ukrainian forces, are you moving further in to try and get more damaged infrastructure repaired?

Of course, but it’s not immediate. You’re very close to the first line of military forces, obviously there are conditions to enter the cities – It should be checked for mines and hidden Russian troops.  And only after that we get permission to enter the city and to restore communication.

The first thing we are trying to find is the less damaged sites, and with the help of a generator or Starlink, make a fast connection and provide at least a minimum level of connectivity for the local people. I can feel almost everywhere there is absence of power. That’s why I like the generators, it’s the only the solution to make the power to connect the equipment.

You’re very close to the first line of military forces, obviously there are conditions to enter the cities – It should be checked for mines and hidden Russian troops.

So dangerous work for the engineers but hugely important that the liberated citizens can connect with one another again.

Yes, I can honestly say our field engineers are the most brave people I think in the world. 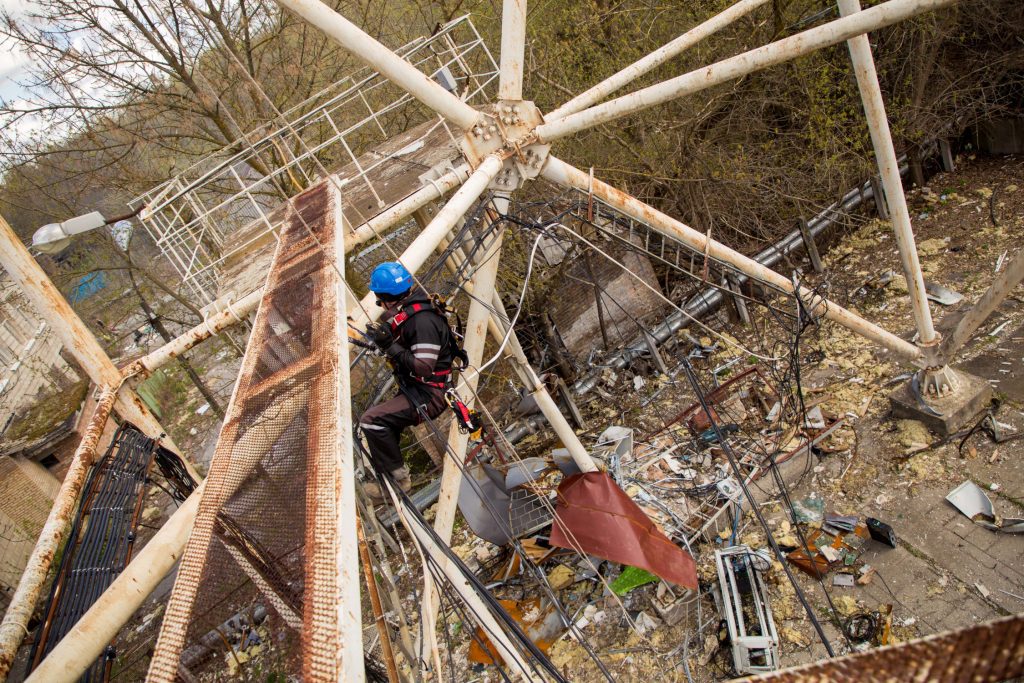 You must have a unique view of just how crucial a part telecommunications plays in a in a modern conflict.

Yeah, exactly. Actually I can tell you that during this war everybody understood the criticality of communications. Not only the people, but more importantly the government and military. So right now it’s a good time to make changes in behaviour or in law to have more support from the government for the telco sector. Less regulations maybe, less documents and permissions for the new site constructions because honestly in Ukraine it’s a really long, long procedure for new site constructions. If we do a greenfield site, it can take up to 18 months to build with all the permissions. So the really critical thing right now is to try to do everything to decrease that time for new site development for network extensions, to build fast and provide the critical service for the people.

It’s obviously impossible to predict unfolding events, but presumably the priorities for you are to continue trying to reconnect areas that are disconnected as you are able to move in?

Yeah, you’re totally right. In the last few days the Ukrainian military force did really a perfect movement in liberating areas in the Kharkiv region. We have almost 100 sites right now which were removed from the war zone to the liberated areas and we are waiting for permission from the military forces to enter and to start renovation of those sites. I think in two or three months maximum we will do the best our best to restore everything.

My family have returned to Ukraine, and right now I’m really the happiest father and husband I think in the world.

Almost 2 million of our subscribers left country and that was a really big problem. Because as Ukrainian refugees enter countries like Poland, Germany, Czech Republic they immediately receive the sim card of a local operator with free data and free calls to Ukraine. And what we noticed was a quarter of our subscribers became silent, so that means they all switched to their local number. [We launched a deal in which] the local tariff which you used in Ukraine you can use abroad as well without any changes. What we [then] saw is our SIM cards subscribers awakening… and what we see right now is people are starting to come back to Ukraine. For example, my family have returned to Ukraine, and right now I’m really the happiest father and husband I think in the world. 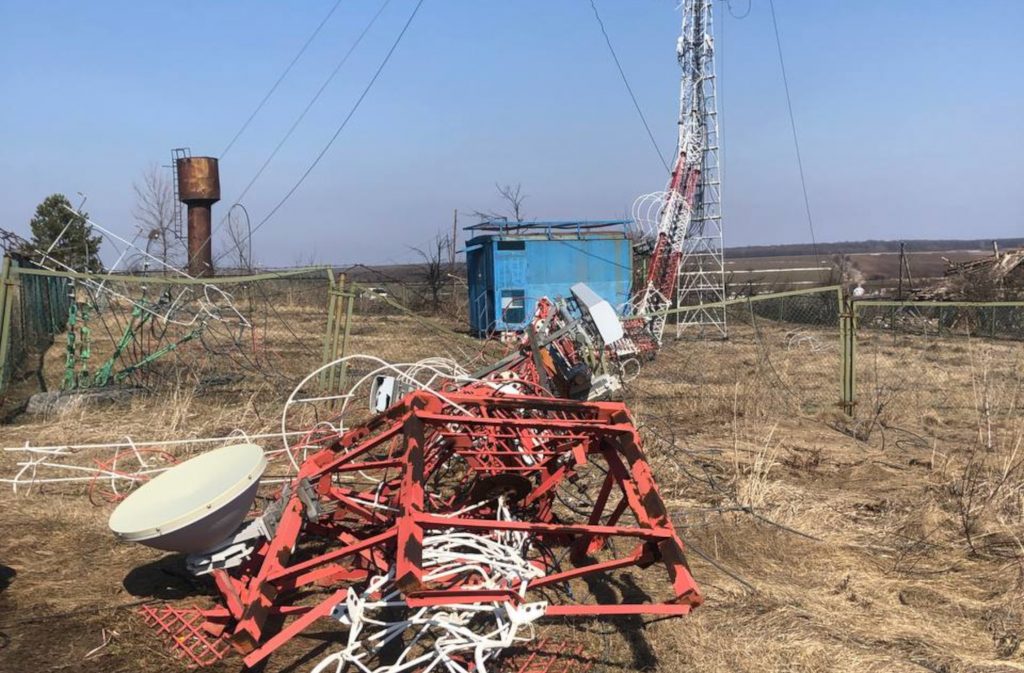 Katie Couric Reveals She Has Breast Cancer
23 Of The Best Minimalist Wallets That Will Keep Your Cardholders Modern And Slim (Updated 2022)
Trevor Noah and Dua Lipa Hug and Kiss Outside NYC Restaurant
Toonami’s Housing Complex C Is Off to a Slow & Steady Start
Going to Hong Kong? Get ready for a barrage of Covid tests