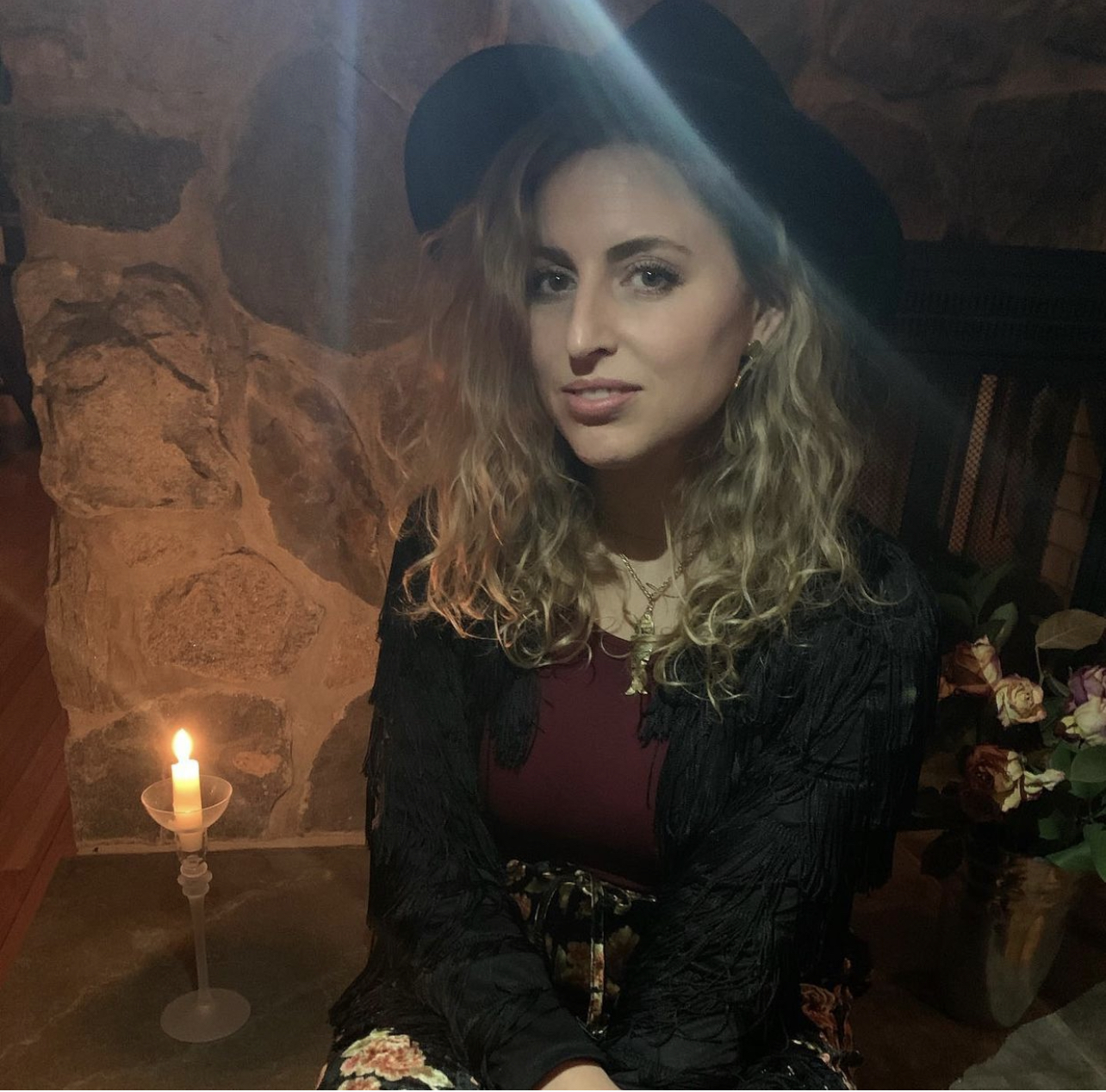 Dallin Applebaum is an alternative songwriter with a knack for melodic piano-driven songs with a dark-humored spirit. Originally based in New York City, she moved to Nashville in early 2022. Dallin has always been drawn to music- she began playing classical piano at a young age and started singing and writing songs as a teenager.

After attending college in New York, Dallin began touring with major pop artists among the likes of Ryan Star & Rachel Platten, in addition to working with recording artists such as Passion Pit, Phil Phillips, Matchbox 20 and many more. Among this success, she also won runner up for Best Folk Song in the John Lennon Songwriting Contest in 2009. . In 2013, Dallin started an electronic rock band called SKYES, who made their way through the Brooklyn indie music scene before she chose to move into writing music on her own. During this time Dallin also wrote and produced pop songs under the alias Alise Indall. Many of Indall’s songs can be heard on TV and film, and “I’m That Girl” was featured in the promotion for the  2018 USA Women’s Olympic teams.

In the process of building her new album, Grey Matters, Dallin began a songwriting club in New York as a place to get together with other songwriters and share ideas. It was through the club that she was able to create a space where she could work through and finish writing all of the songs for her album.

Grey Matters, due out in January 2023, explores extremes as a means to understanding and appreciating what’s between them. Dallin produced and arranged most of the record herself with the help of her husband & a few extremely talented friends.

She will continue to play shows in Nashville, New York and around the country. Until then, she will be releasing singles and music videos from the album. You can pre-save her first single, Des Res, out on Spotify and other platforms September 15th, 2022.

Let us in on your new music Des Res! When did you record it?

I recorded it during Covid, in a few different cities. I sent tracks back and forth to friends & musicians, who recorded in their homes and would send tracks back to me.

How did you come up with the title?

I came across a British real estate term “Des Res” which means “desirable residence”. It sounded cool & was easy to sing.

Any writing traditions you have that you set in place when you wrote this song?

Yes, I always do some free sensory writing on a particular subject after I come up with the central title/idea. It helps me organize my thoughts and really unpack an idea.

What challenges came with recording this music?

I had written and recorded songs before. I had produced and arranged before, but never an album like this, with a lot of live real instruments.

Covid, of course, made everything harder- not being in the room with people was challenging but also led to interesting decisions.

Who did you collaborate with in the studio?

On drums, Jon Epcar. Jon played in my band SKYES back in Brooklyn for many years. Jon was the first person I sent the song to. He’d come up with an idea, and send it, and we’d go back and forth for a while. He got to try some new home mic techniques, and I got to really hear and take my time deciding which parts really fit the song. That was a luxury we wouldn’t have had in the studio, one benefit of the covid-Dropbox recording era.

My husband Dean played electric guitar on Des Res. It was fun to get to use his toys (he has an incredible home guitar studio with a lot of nice gear). We tried different guitars and amps and pedals. We experimented with different mix techniques. It was fun and challenging.

We got to record horns at VHS studios in Brooklyn with Reed Black. Nathan Koci played French horn and trumpet. My friend Artie came and suggested we run the horns through a special delay. I ended up using a lot of those tracks for the segway track before Des Res.

Later when I moved from NYC to Nashville, I hired Michael Rinne to play bass. He nailed the part on the first take I think, so then we just spent some time experimenting with a few other ideas.

Any recording stories you have that you’ll remember forever from this music? Please share one with us!

Our old house in New Jersey was on a main road. It was hard to isolate vocals completely. If you listen very closely you can hear motorcycles revving on almost every song.

What are you most excited about with this new chapter?

I really feel proud of everything I’ve done with this album. The songs, the music videos, the cover art, etc.

What do you want fans to appreciate about your artistry when it comes to this new music?

The stories in the lyrics, and hopefully how the music helps tell them.

After the new year we typically forget about our resolutions, have you kept yours when it comes to your music making?

I thought this album would have been released in 200, so not really. But a lot of life has happened (Covid, moved like 3 times, got married, got a puppy!) so I can’t be too hard on myself.

Out on all platforms Thursday 9/15. Here’s the link:

Thank you for chatting with us! Where can our audience go to follow and support your stellar music journey!