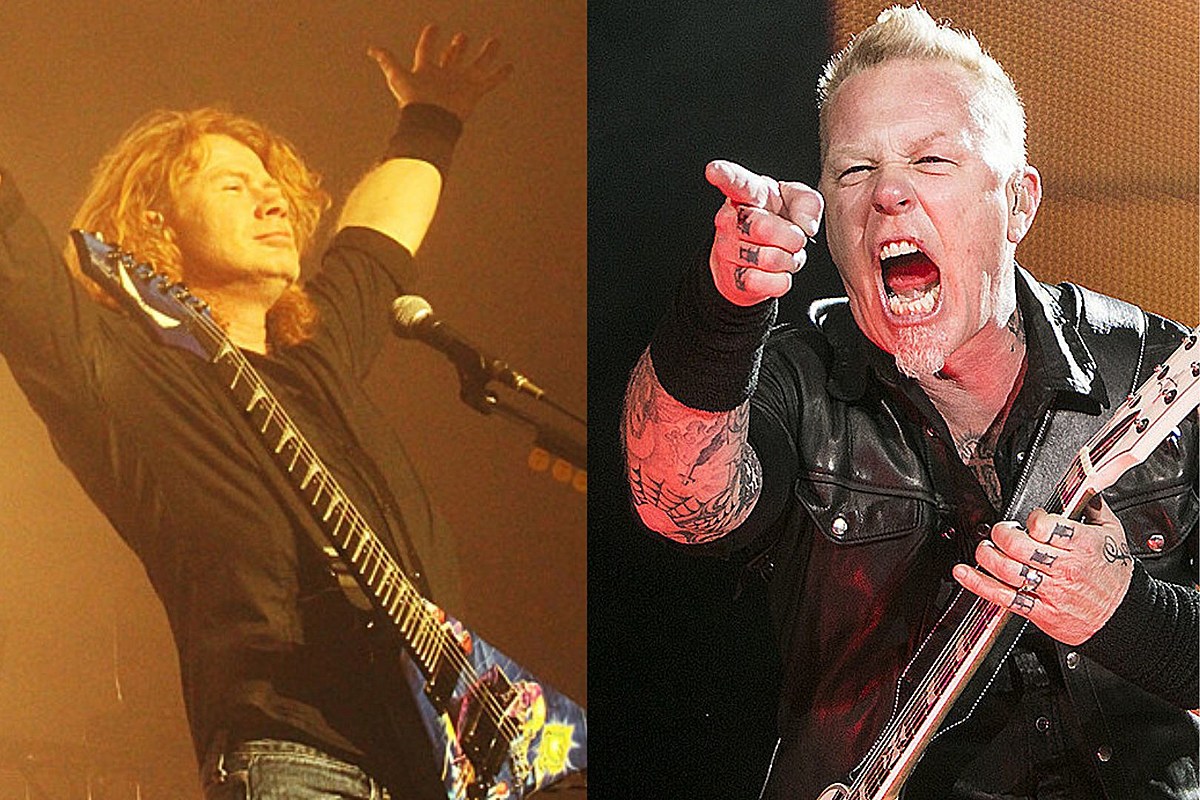 Megadeth frontman Dave Mustaine didn’t mince words while discussing the personality dynamics in his old band Metallica, saying that he was “clearly the alpha male” in the group. Mustaine fired that off while talking about Megadeth’s latest album The Sick, The Dying… And The Dead! in an interview with Classic Rock magazine.

In the transcript of the interview published today (Sept. 9,) Mustaine delves into his tumultuous childhood and early adult life – growing up with an alcoholic dad, drug use and how music was his escape. The interviewer, Paul Elliott, also presses him on statements he’s made about his relatively short time in the early years of Metallica.

Elliot noted that Mustaine said (in his autobiography Mustaine: A Heavy Metal Memoir) that he was “leader of (Metallica), and that that was an odd thing to say.” Mustaine asks “why?” Elliot responds because ”James Hetfield and Lars Ulrich are such alpha males.” “Oh, no,” Mustaine disagrees. “I am clearly the alpha male between the three of us. Why did I have to do everything when I was in the band? Why did they always ask me talk to the promoters and collect the cash? Why was I the one who had to do the fighting? Why did I have to talk in between songs?”

Despite that polarizing comment, when the interviewer asks whether it’s difficult for Mustaine to talk about Metallica, Mustaine says no. “I really don’t give a fuck. And you know what? I love those guys. I sent a text message to James just a couple of days ago after he admitted onstage that he was insecure about his guitar playing,” stated Mustaine. ”I said: “James, I love you and I really like your playing.’ He didn’t answer. Of course not. Why would he? The point is I wanted him to know that I’ve had those feelings too, but I don’t now.”

Then Mustaine pivots again when he talks about the departure of bassist David Ellefson from Megadeth and the temporary replacement with Testament‘s Steve DiGiorgio. Mustaine says he was uncomfortable with making DiGiorgio permanent, comparing that to Metallica snatching bassist Cliff Burton from the band Trauma. “He would have been a great player for us to have, but the active poaching of guys from other people’s bands doesn’t sit well with me,” he explained. “When Metallica did that with Cliff… that was a real shitty feeling for me, and I never forgot that. I know I wouldn’t like it if somebody came and took one of my band members out.”

And on the “sense of betrayal” he felt when he was kicked out of Metallica? Mustaine responds, “How can you expect a boy who’s 20 and the guitar player in one of the biggest new things in the world to have a grasp on reality? Everything from that point forward was a fucking feud. Everywhere I went it was: ‘So, how’s everything going with Meta… er, Megadeth?’”

In the face of all that history, Mustaine wants team up with Metallica and the other Big Four metal bands to share their experiences to help mentor young musicians, noting “how much better things would have been if we would’ve all tried a little bit more within The Big Four.”

Mustaine is bullish on the future of Megadeth, stating on Full Metal Jackie’s radio show that the latest record is “one of many to come.”