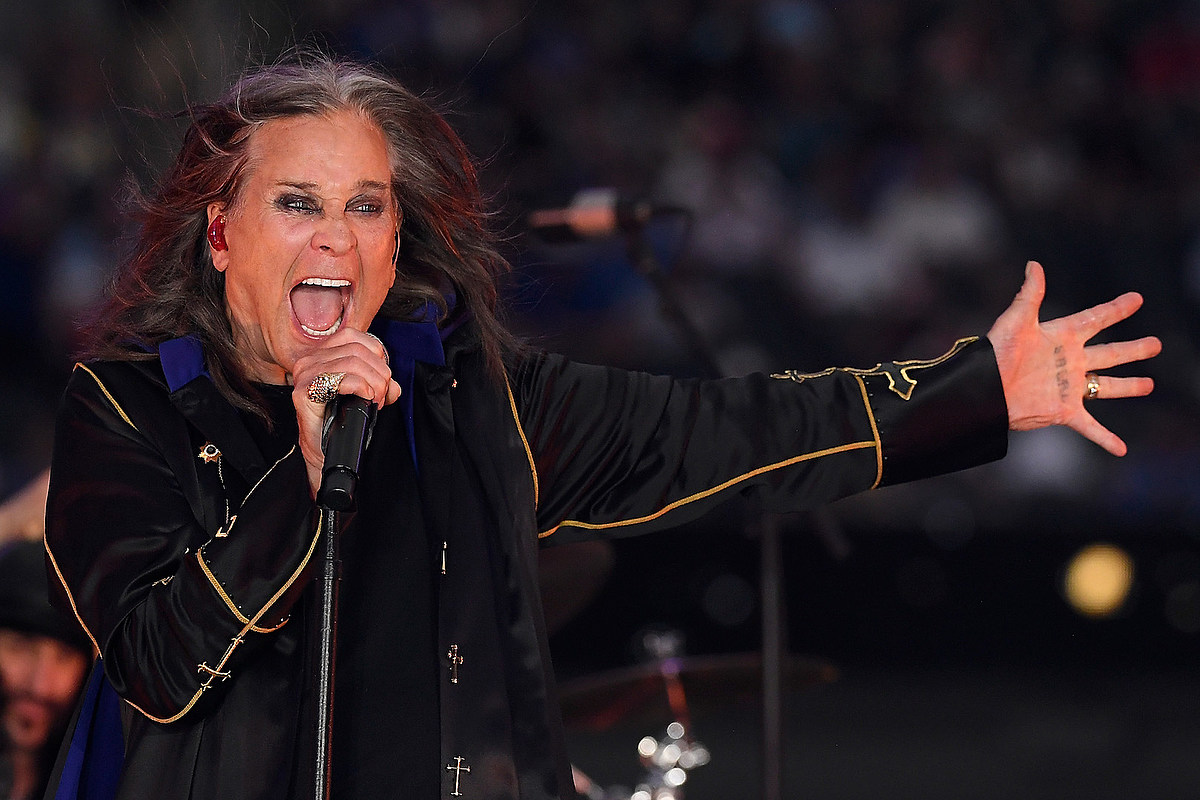 Making a special live appearance, Ozzy Osbourne performed at halftime of the first game of the NFL season featuring the Buffalo Bills vs. the defending Super Bowl champions, the Los Angeles Rams.

It was a special moment for a number of reasons, only one of them being the fact that Osbourne release his new album Patient Number 9 on Friday (Sept. 9), making the timing of this all too perfect.

Ozzy opened with the title track to the new record, flanked by producer Andrew Watt on guitar, Chris Chaney on bass and Tommy Clufetos on drums. Zakk Wylde then joined them onstage to play “Crazy Train.”

Watch the performance clips, uploaded by fans in attendance, below.

After undergoing major surgery earlier this year to realign pins in his neck and beck, heavy metal’s beloved “Prince of Darkness” returned to the stage with Black Sabbath bandmate Tony Iommi to close out the Commonwealth Games in Birmingham, England last month. For many, it was a shock to see the legend so ready and able so soon after the procedure.

Now, with the news that both Ozzy and his wife and manager Sharon are moving back to the U.K. (all of which is being documented in a forthcoming reality TV show), nobody really knows if or when the singer will ever perform live on U.S. soil again following the high-profile set amid the NFL game at SoFi Stadium in Los Angeles.

Osbourne, however, has remained hopeful that he can return to the stage in a greater capacity than sets comprised of only a couple songs at major events. He even expressed a desire to venture out on another tour after failing to finish the intended farewell tour that began years ago and endured setbacks due to medical issues as well as the pandemic. “If I have to go up there and die on the first song, I’ll still be back the next day,” he joked regarding the potential run.

Ozzy Performs at Halftime of Rams vs. Bills NFL Game

The Real Names of Over 50 Rock + Metal Icons

Hundreds of authors signed a letter in support of libraries’ digital rights.
Letitia Wright Reveals What Drew Her to The Silent Twins
Anti-Asian hate crimes are scaring Chinese travelers away from the US
Le Narcisse Blanc Hotel & Spa, Neighbour To Seine And Parisian Museums
Watch ‘Beavis & Butt-Head’ Set Guinness Record for Largest Nachos