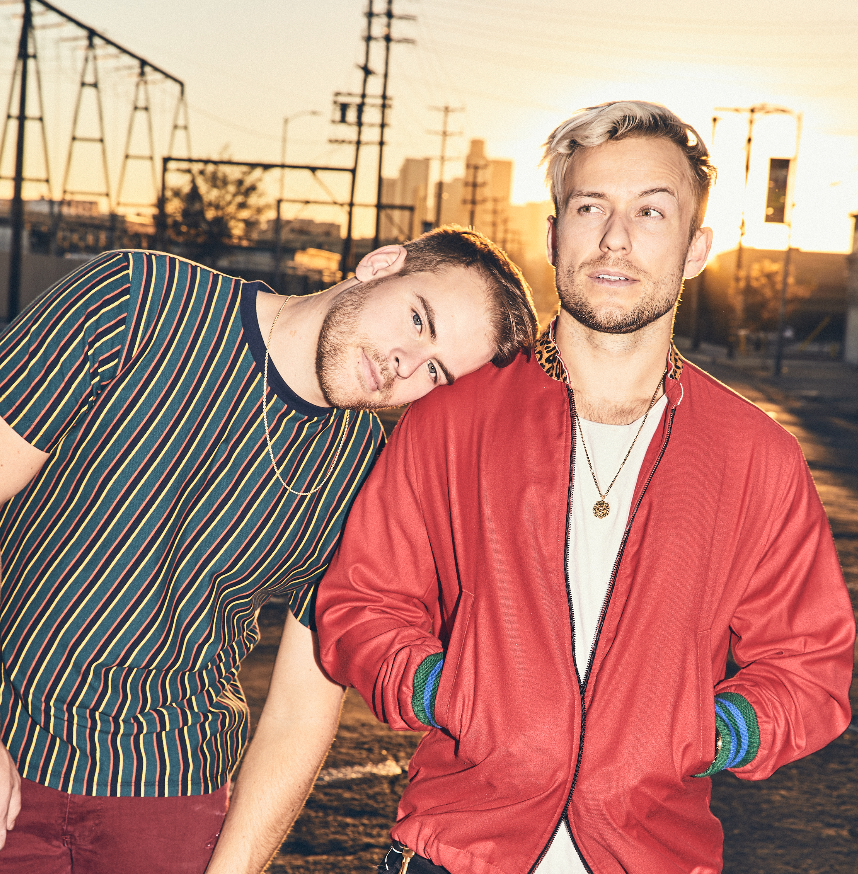 During the final day of the Electric Zoo festival in New York City I got the opportunity to sit down with one of the hottest rising dance music DJ’s globally. SIDEPIECE the duo comprised of Party Favor and Nitti Gritti played Electric Zoo’s Morphosis stage before the closer AC Slater shutdown the stage on the final day of the festival later that night. I spoke with the duo 1 hour before they were set to perform and without further a-due we jumped right into it.

You guys are going on your US tour Kiss and Tell Second Base at the end of September. Tell me about how the first tour went?

I think first and foremost the first tour for us when we started this project we always believed in it. We knew that it had something special but I think to play those big rooms every room was just over 2000 or more it was amazing to see that many fans wanted to come see us. Everything was sold out. It really solidified that we are doing something right. It was a really humbling awesome experience and we are really excited to do it again.

What’s the most off the wall thing you guys saw at your first show?

We just played in Chicago. Lollapalooza was incredible but we played an after party at the midway and it was like the most OG house feeling show. People were off the walls.

READ: SIDEPIECE’s Management Breaks Down What It Took To Bring Jim Peterik Out For Lollapalooza

When you guys get to last base what happens after that?

Well our careers over after that. We are just going to add bases after that.

If you guys could never make electronic music what would you make?

For me it would be in the rock realm, pop punk I could do that all day.

Talk to me about the creative process behind Supersonic with Lee Foss, how did that record come about?

I always remember we started it after one of our first red rocks shows and we were in this cool house and before the set we just made it. Maybe 6 months later we had the demo, met him and we were like hey man check this out and he was like I really like this. He started adding all these cool synths and stuff that sounds like him. We never really met in the studio with him we just did it all online. Lee definitely gave it a life that it didn’t have before.

What’s in the works next year?

The tour is really exciting for us. We have 2 singles coming out before the end of the year. And we are really excited for these songs to come out. We probably have 20 songs right now in the pipeline.

Who are your top 3 artists to watch next year?