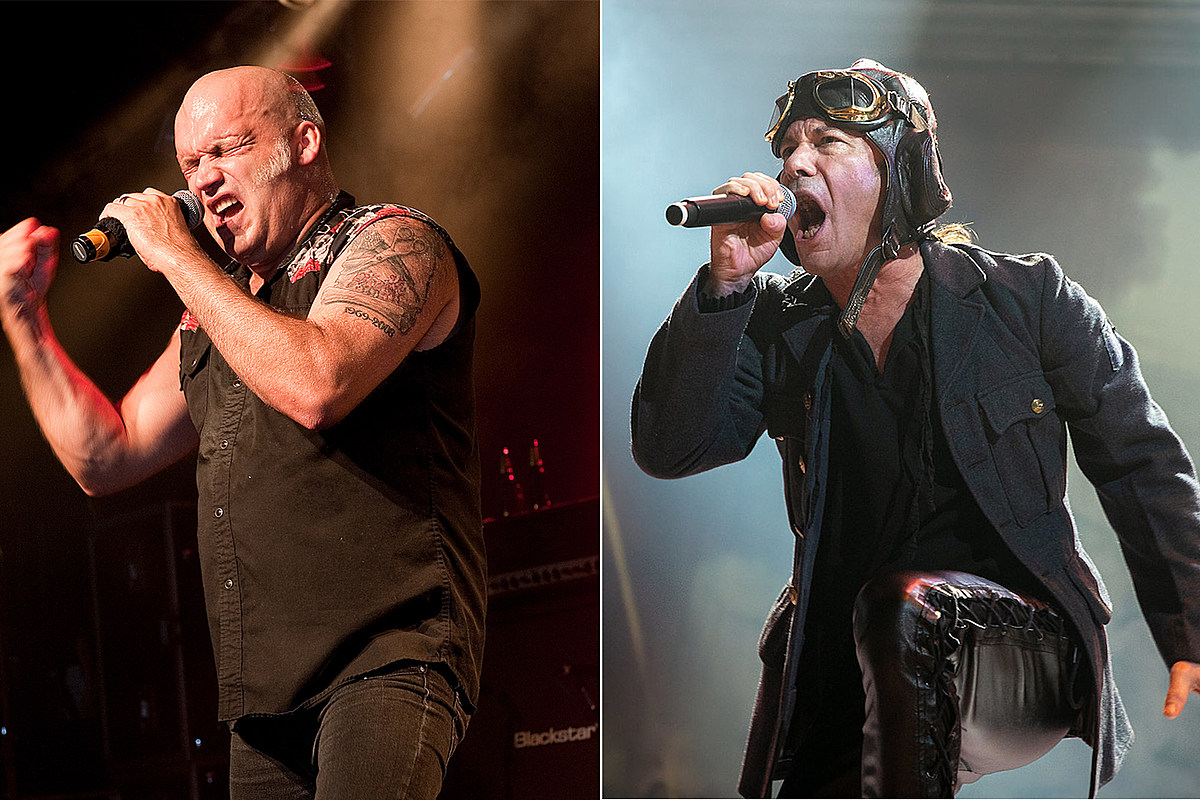 Music fans may have been shocked when Iron Maiden reunited with vocalist Bruce Dickinson in 1999, but the biggest surprise might have been for Blaze Bayley. The singer famously filled in the gap for six years when Dickinson quit the heavy metal giants in 1993 to pursue a solo career, but Bayley admits in a new interview he “never” feared that Dickinson would return.

Speaking with Rolling Stone’s Andy Greene for the “King For A Day” series that interviews fill-in singers who have replaced prominent vocalists, Bayley said, “I never had that fear because I thought there were eras of that band. Clive [Burr] and Paul [Di’Anno] were one era. Then there’s Bruce and Nicko [McBrain]. That was another era. And I really thought that the third record with Maiden with me would be the charm.” Bayley only took part in two releases with Iron Maiden (1995’s The X Factor and 1998’s Virtual XI) before Dickinson returned for 2000’s Brave New World.

Bayley also told Rolling Stone, “I thought, ‘We’ve done these two records. And now with the ideas I’ve got, the writing experience and everything. I have things on my dictaphone and lyric ideas…’ I thought, ‘When this third album comes out, that is going to change the hardcore fans and put them back with us. We’re going to get going, and this is going to be rolling, and we’re going to be getting somewhere.’ I absolutely believed in my heart that would happen.”

Though he admits he was “gutted” by the development, Bayley also noted that his exit was handled well and with respect from all sides. “I was very well treated by the guys, absolutely. And I can’t blame them for anything that happened to me afterwards. … They did the proper thing. We had a meeting with everyone around the table [and they said], ‘With the greatest respect, everyone is doing this. It’s a huge deal. We’re sorry. We can’t carry on.'”

Bayley recalls that he asked in that meeting if Dickinson was coming back and was met with momentary silence. “That decision had been made quite a while ago. I was totally unaware of it. They said, ‘Yes, he is.’ I said, ‘OK. We don’t have anything else to talk about. I thank you for everything. And I will never say a bad word about this band because I’ve been treated very well.'”

Of course, Dickinson has remained with Iron Maiden ever since, releasing six albums in the new era including the latest, 2021’s Senjutsu. The heavy metal icons are currently on the road with the Legacy Of The Beast 2022 World Tour. Find tickets here.

There’s less than a third of Iron Maiden’s total catalog that has never been played live.

Is this the weirdest American book-banning yet?
Slash/Back Trailer Teases Battle Against an Alien Invasion
Coolio Was Supposed To Film ‘Wild ‘N Out’ Episode Week Before Death
T-Mobile US introduces off the shelf 5G solutions for industry niches
Giovannie and the Hired Guns Drop Tuba-Featuring Song ‘Overrated’