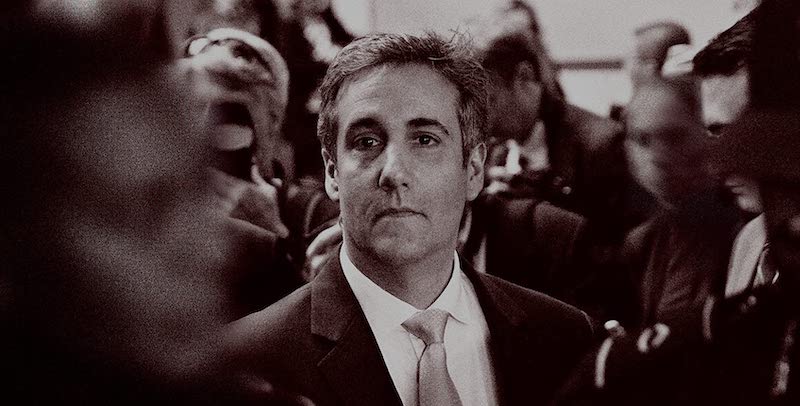 In the confusing haze of time that is 2022, it seems like both yesterday and eons ago that former Trump attorney Michael Cohen published Disloyal, a tell-all about his time with, as the publisher’s copy for the book describes it, “the racist, sexist, homophobic, lying, cheating President.” (No arguments there.) Now, he’s coming out with a new book in October titled Revenge: How Donald Trump Weaponized the Department of Justice Against His Critics, his new publisher Melville House announced today.

Disloyal was published by Skyhorse, the publisher distributed by Simon & Schuster that has become infamous for picking up projects from authors accused of sexual assault (namely, Woody Allen and Blake Bailey), those who spread scientific misinformation during a deadly pandemic (Dr. Judy Mikovits), and Trump apologists whose efforts contributed to the rise of white supremacy in America. (Shockingly, it seems that it’s also a pretty terrible place to work.) The book came out in 2020, as Cohen finished out a three-year prison sentence in his home after being convicted of perjury and campaign finance crimes.

Melville House publisher Dennis Johnson said in a statement that author John Dean had introduced him to Cohen and “impressed upon me that since Michael has come over from the dark side, he’s taken quite a beating for doing so, and from both sides.” He added, “This strikes me as an important story to tell, so we’re proud to throw in with him as he continues to reveal first-hand how an authoritarian president can lastingly corrupt a government—and as he fights the continuing perniciousness of Trumpism.”

Meanwhile, with the release of the Steele Dossier, Cohen also found himself battling endless news reports citing the Dossier’s claims that he’d had clandestine dealings with Russia — reports that only mounted despite his exoneration by the Mueller Report. In a story now being echoed in recent breaking news stories about IRS persecution of other Trump foes such as former FBI head James Comey and others, Cohen details — in his inimitable blunt language, with absolutely no holds barred and naming names — his attempt to clear his name and tell the truth about Donald Trump. Chillingly, he also makes clear what happens when you try to speak truth to power, and the power knows no bounds.

Whether or not we need another book from a former Trump associate, it’s on its way: Revenge comes out October 11.

Tom Hanks is publishing a novel, and it sounds exactly like a Tom Hanks movie.
Southwest Airlines hired a record 3,000 flight attendants so far this year
Will Laroca Drops Addictive, Pop Oriented House Track, “Holy Ones”
Zeke on ‘Wizards Of Waverly Place’ ‘Memba Him?!
Telecom Bill Likely to Be Implemented in 6-10 Months, IT Minister Ashwini Vaishnaw Says