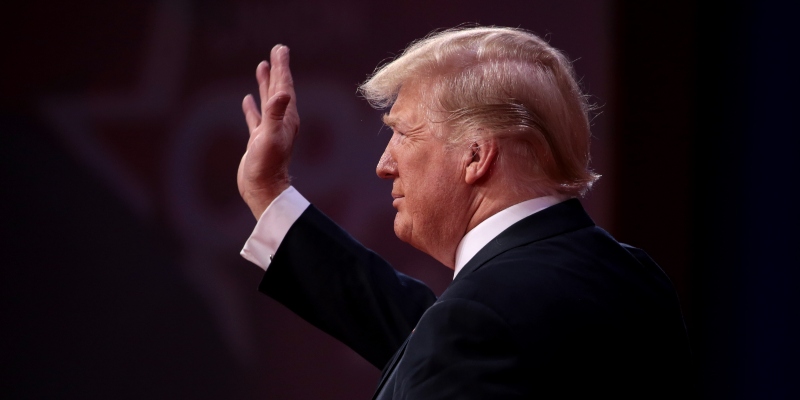 Wow. According to this excerpt posted at The New Yorker this morning, General Mark Milley, chairman of the Joint Chiefs of Staff under Donald Trump, was genuinely worried that the then-president was using Hitler as a role model for acquiring and consolidating power. The following is from Susan B. Glasser and Peter Baker’s The Divider (9/20, Doubleday):

Two nightmare scenarios kept running through Milley’s mind. One was that Trump might spark an external crisis, such as a war with Iran, to divert attention or to create a pretext for a power grab at home. The other was that Trump would manufacture a domestic crisis to justify ordering the military into the streets to prevent the transfer of power. Milley feared that Trump’s “Hitler-like” embrace of his own lies about the election would lead him to seek a “Reichstag moment.” In 1933, Hitler had seized on a fire in the German parliament to take control of the country. Milley now envisioned a declaration of martial law or a Presidential invocation of the Insurrection Act, with Trumpian Brown Shirts fomenting violence.

Yup, “Trumpian Brown Shirts.” As I’ve pointed out before, no matter what comes of Trump’s political aspirations over the next few years, he is already responsible for mobilizing and abetting a whole generation of violent culture warriors, ready to attack public libraries (or Capitol buildings) at the drop of a hat. Godwin’s Law almost seems quaint at this point, as the excerpt goes on to reveal just how much Trump looked to Hitler as a role model. In this section, he laments his own generals’ lack of Nazi-like loyalty:

But Trump’s love affair with “my generals” was brief, and in a statement for this article the former President confirmed how much he had soured on them over time. “These were very untalented people and once I realized it, I did not rely on them, I relied on the real generals and admirals within the system,” he said.

It turned out that the generals had rules, standards, and expertise, not blind loyalty. The President’s loud complaint to John Kelly one day was typical: “You fucking generals, why can’t you be like the German generals?”

“You do know that they tried to kill Hitler three times and almost pulled it off?” Kelly said.

But, of course, Trump did not know that. “No, no, no, they were totally loyal to him,” the President replied. In his version of history, the generals of the Third Reich had been completely subservient to Hitler; this was the model he wanted for his military. Kelly told Trump that there were no such American generals, but the President was determined to test the proposition.

This should be chilling to Democrat and Republican alike. Whether or not he runs for president in 2024, we are still in the Trump Era of Political Discord… Truly dangerous times for American democracy.

Will Laroca Drops Addictive, Pop Oriented House Track, “Holy Ones”
Why Alice in Chains’ ‘Dirt’ Is One of the Greatest Albums Ever
Hit the Lights’ Kyle Maite Has Died, Band Issues Statement
Motez teams up with Scrufizzer For Blistering House track, “Get It Done”
Deutsche Telekom hopes to cash in on Ethereum Merge