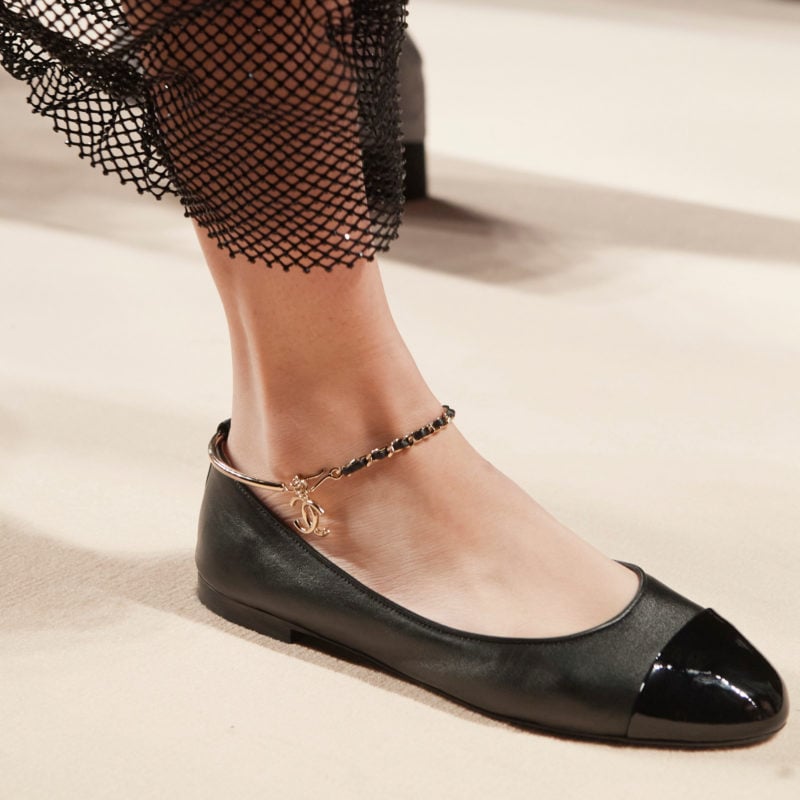 Podiatrists warn against them. Vogue has unlovingly referred to them as “grandma shoes.” Their mere existence is enough to warrant dissertations on the internet. All things considered, it would seem nothing good can come from wearing flats. But that hasn’t stopped fashion from bringing them back.

On the runway, designers have been signalling the return of the contentious shoe for some time, with brands like Miu Miu, Chanel and Simone Rocha putting their own spins on the classic design. Recent street style shots show celebs like Lindsay Lohan and Jennifer Lopez making the case for the no-frills footwear, while stars Alexa Chung and Zoë Kravtiz have long had a penchant for ballet shoes.

For a number of seasons, fashion has favoured chunkier soles, leading flats to be, as far as “trends” are concerned, sartorially outlawed. In spite of it all, the age-old shoe has risen above its modern-day critics and re-entered fashion’s good graces. But public opinion remains largely divided, which should come as no surprise.

The ballet slipper has been around for centuries as a staple in dancer uniforms. In the ‘90s and early aughts, the shoe ascended to fashion statement status thanks to trend-setters like Kate Moss, who famously paired them with her everyday outfits. Since then, the minimalist footwear design has fallen in and out of popularity. And it’s not hard to see why.

Unlike sneakers or heels, flats don’t exactly do much to accentuate body features. Because of their shapelessness, they can make legs look shorter and feet look wider (ideal!). Not to mention, the very utterance of the shoe most likely drudges up dreaded visuals of “toe cleavage.” And when it comes to structural support, there is none. Their deflated soles and tendency to squeeze toes together like a pack of sardines are, as it turns out, not so great for your feet. But, as I’m sure all the ballerinas say, that’s showbiz baby.

Despite their design defects, ballet flats have landed back on the fashion map thanks to a mix of aesthetic subgenres currently thriving on TikTok. They are the obvious footwear choice within the balletcore trend and a staple of the cutesy Tumblr-era Twee style. Ballet flats also capture the dainty Parisian fashion of the viral french girl aesthetic.

While they represented sleek, modern style in the 2000s, today, they garner nostalgia — be it from dance class, school librarians or your grandmother’s shoe closet. Of course, with each new trend revival, old styles are updated. In the case of flats, designers are introducing contemporary tweaks like chunky soles, grungy buckles and built-in anklets. Among these modernizations, though, the simple back-to-basics flat has also regained its cult fashion following.

As the world opens up, the lightweight shoe has become the perfect commuter choice. Whether it’s trips to the office, school or (well-deserved) nights spent partying, flats are a portable option for hitting the road in a rush. And with their no-hands-required application, they’re the epitome of easy-access footwear. Subjective blandness aside, their meek design means they work with almost any outfit. As such, the appeal of this librarian-esque footwear becomes quite clear.

With very little padding between your foot and the floor, flats offer an air of polished sensibility and functionality. They’re an apparent antithesis to the chunky footwear trends du jour, like Crocs and Versace platform pumps. While extremist how-high-can-you-go soles are made for imaginative dressers, the classic ballet flat presents a humble alternative. Are they the most groundbreaking shoe ever invented? Not by a long shot. But do they really have to be? In the age of maximalist footwear, it’s refreshing to see a shoe that knows exactly what it is: not much of anything at all.