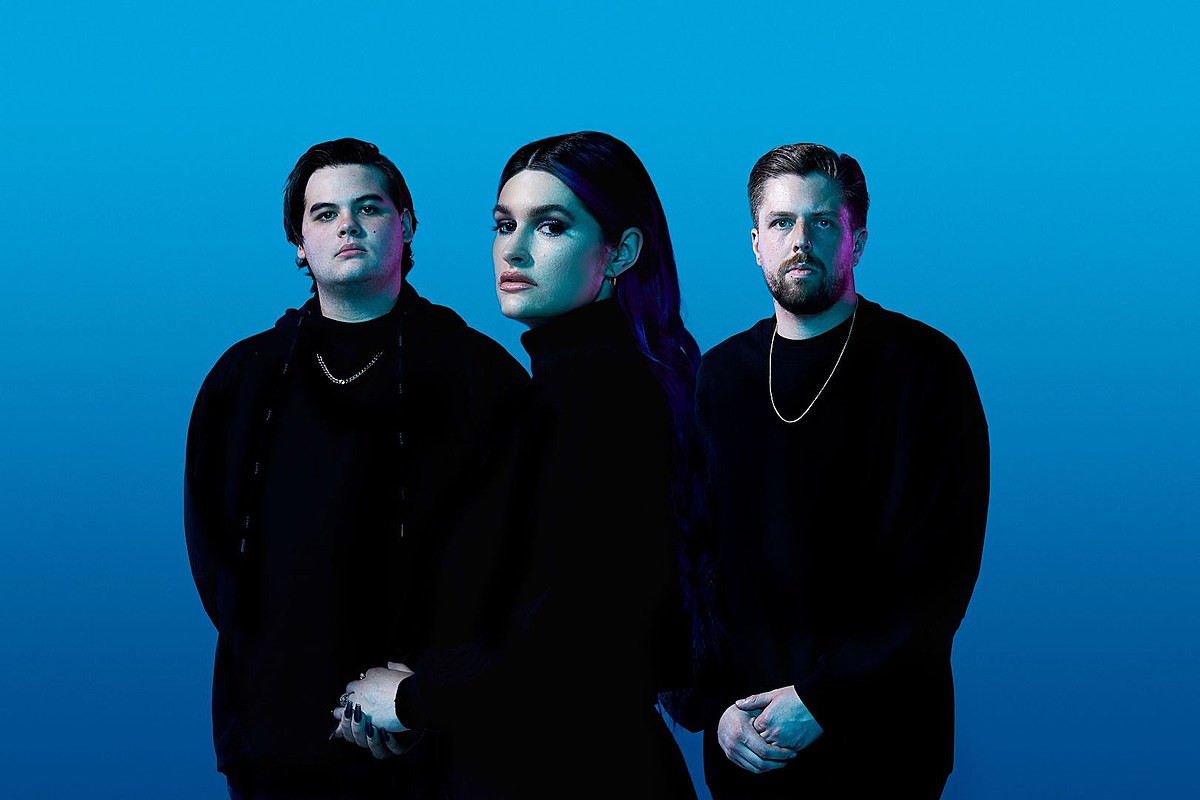 Spiritbox are opening up the lid on one of their exclusive new merch designs. This time, it’s a real “Spiritbox,” and judging by their preview on Twitter, it’s a pretty trippy collector’s item. When turned on, this box emits an eerie glow and some haunting noises to really set the mood for a night of playing records – or Ouija.

The Canadian trio is set to release an anticipated graphic novel called “Eternal Blue” later this year, and with it, fans can choose to buy the accompanying “Spiritbox” on its own or as part of a bundle. Each box comes numbered as part of a limited-edition run.

Announcing that the release of the graphic novel has been delayed to November 2022 (originally slated for June) due to the industry’s ongoing production issues, the band offered this exclusive look to tide people over.

“Production delays unfortunately pushed the release of our graphic novel back to likely the fall. In positive news though, we just got a glimpse of the actual Spiritbox and it’s amazing,” the act posted on Twitter, along with some pictures and a video that give a fully dimensional view.

Get an inside look at Spiritbox’s actual “Spiritbox”

“Eternal Blue” is being released by Z2 Comics that offers a synopsis of the graphic novel on its website: “Eva is a popular painter on the verge of unbelievable acclaim and success, but her inability to reconcile the public perception of who she is, versus her actual self, allows the Spiritbox to transport her to a surreal world, where she finds herself trapped in the realm where all our false shadows become real and dangerous.”

There are standard editions of the book available in both hard and soft covers, as well as a deluxe bundle that includes the novel signed by singer Courtney LaPlante, along with a slipcase, three-piece art print set and a bonus print, four enamel pins, a virtual meet and greet and of course the special “Spiritbox.”

One fan we bet who already has it on pre-order is likely 10-year-old America’s Got Talent star Harper who slayed judges on the show with a cover of Spiritbox’s “Holy Roller.” She posted a take in the studio that has upwards of 240,000 views on YouTube.

Spiritbox are on tour now with Ghost and Mastodon.

Solving the mysteries behind the monikers.