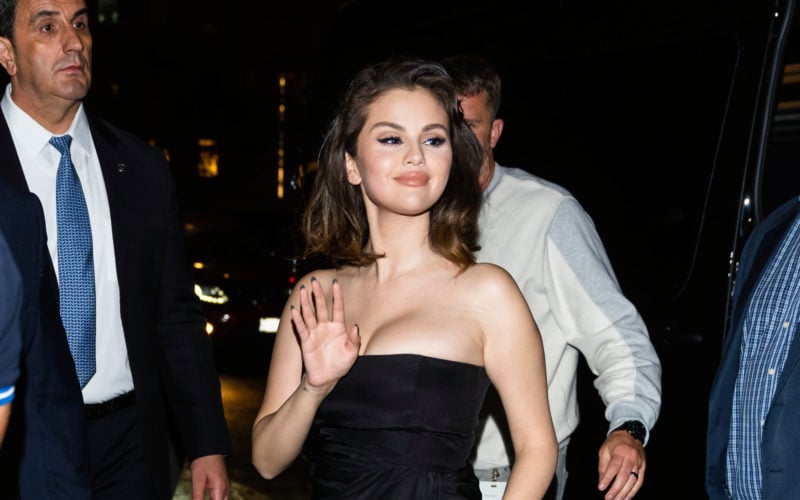 From Disney Channel royalty to beauty mogul, we look back on the multihyphenate’s greatest hits in honour of her 30th birthday.

Thirty, flirty *and* thriving? Jenna Rink from 13 Going on 30 may have been on to something, and if you need proof, look no further than Selena Gomez.

Those of us who grew up watching the “Lose You to Love Me” singer make YouTube videos with Demi Lovato, date a Jonas Brother (her appearance in the “Burnin’ Up” music video was a zillennial cultural touchpoint) and cast spells on Wizards of Waverly Place can attest to her glow up. From Barney & Friends to Disney Channel royalty to pop princess to beauty mogul, she’s done it all!

But her most admirable trait? Selena Gomez knows who she is, and this is perhaps best seen in her sense of style. Even as she’s changed careers, Gomez’s red carpet fashion has stayed more or less the same — that is, feminine glamour with a touch of edginess. And we say, if it’s not broken, why fix it?

So, in honour of her 30th birthday, we look back on the best Selena Gomez style moments, from 2007 through to today.

“Pirates of the Caribbean: At World’s End” World Premiere, 2007

Los Angeles Premiere Of “Only Murders In The Building” Season 2, 2022 in Michael Kors

The great unrest: How 2020 changed the economy in ways we can’t understand yet
Europe won’t charge for entry just yet
Gilligan Moss Unveils “The Destroyer” via ODESZA’s Family Foreign Collective Imprint
Beyond by Four Seasons, An Exclusive Driving Journey Through Tuscany
How this abandoned Italian house became a dream home