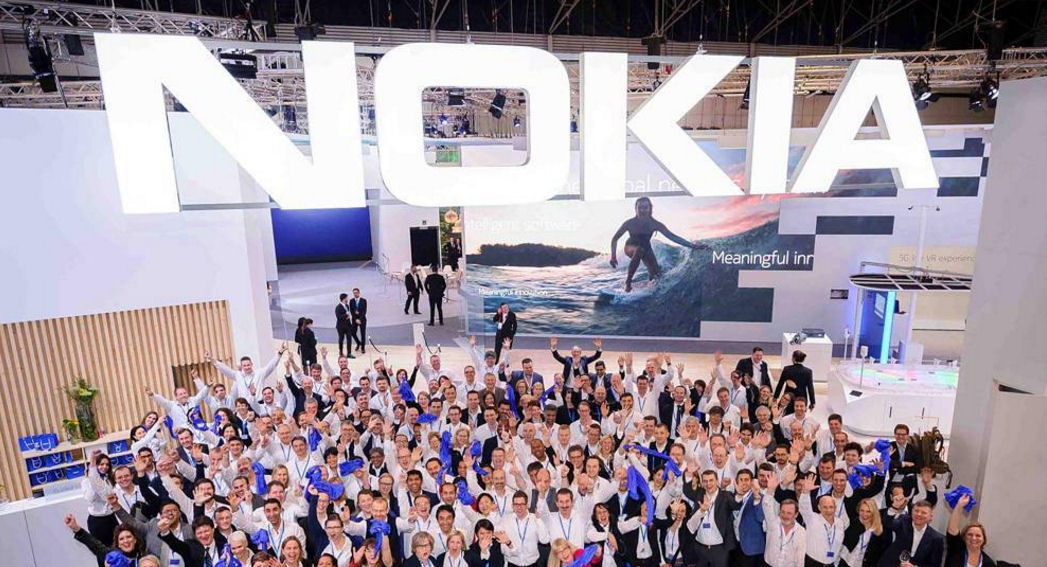 Sales at Finnish kit vendor Nokia didn’t grow much in Q2 22, and gross margin declined, but profit was up and consequently so is its share price.

Net sales were only up a bit year-on-year but there were a few exceptional factors keeping that number down. We improved net sales growth to 3% in constant currency despite ongoing supply chain constraints,” said Nokia CEO Pekka Lundmark.

“We delivered another quarter of robust profitability with a 12.2% comparable operating margin, slightly down year-on-year due to timing effects of contract renewals in Nokia Technologies and a one-off software deal last year. Excluding these factors, we can see continued strong improvement in the underlying profitability of the business.” 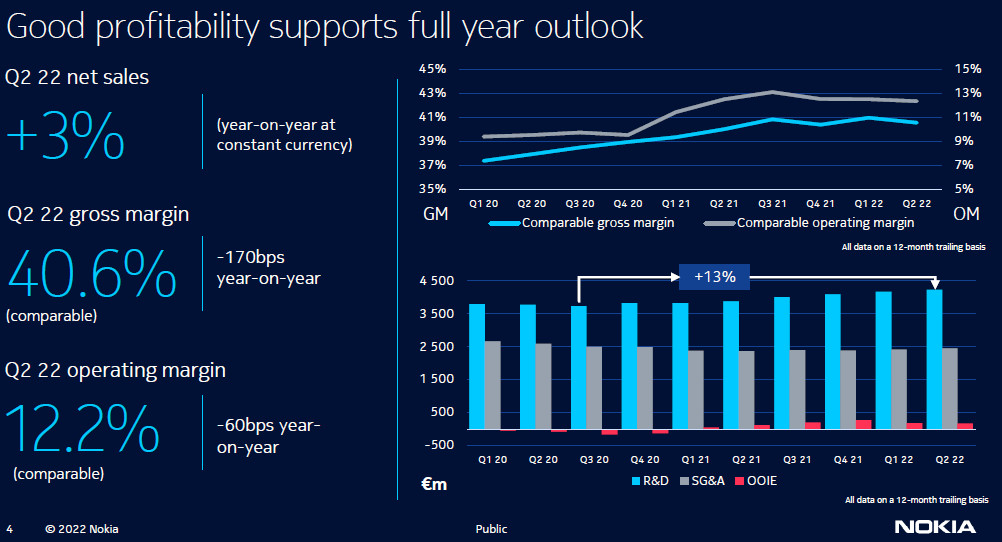 The resulting profit of €714 million was significantly higher than analysts had been expecting and, as a consequence, Nokia’s share price was up around 8% at time of writing. This stands in stark contrast to its Swedish rival Ericsson, which was punished by investors for falling short of their expectations last week. It should be noted that Nokia’s gross margin slipped from 42.3% to 40.6% this quarter, while Ericsson’s gross margin is 42.2%.

A return to growth for the Mobile Networks business, while small, was also welcome. It contributes an even greater of total revenue than the Network Infrastructure division, which has been doing much of the heavy lifting in recent quarters, so you can see why investors are pleased about that direction of travel. Technologies is a relatively small contributor but it was still down almost €100 million for the quarter, which is a significant sum.

“Network Infrastructure maintained its strong growth momentum with net sales up 12% in constant currency more than offsetting the decline in Nokia Technologies,” said Lundmark. “I was pleased to see Mobile Networks returned to growth with a 1% increase in constant currency despite supply chain constraints, while Cloud and Network Services was stable year-on-year.” 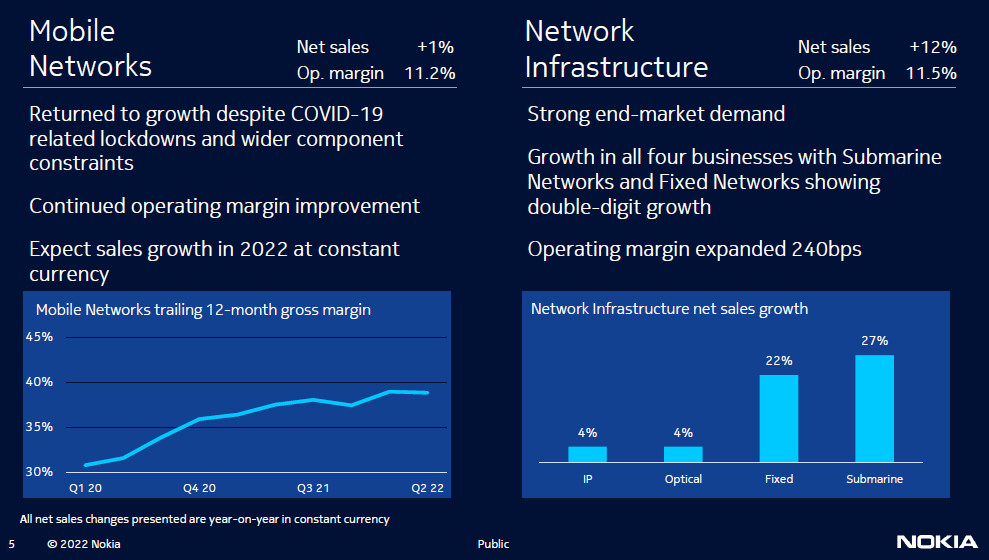 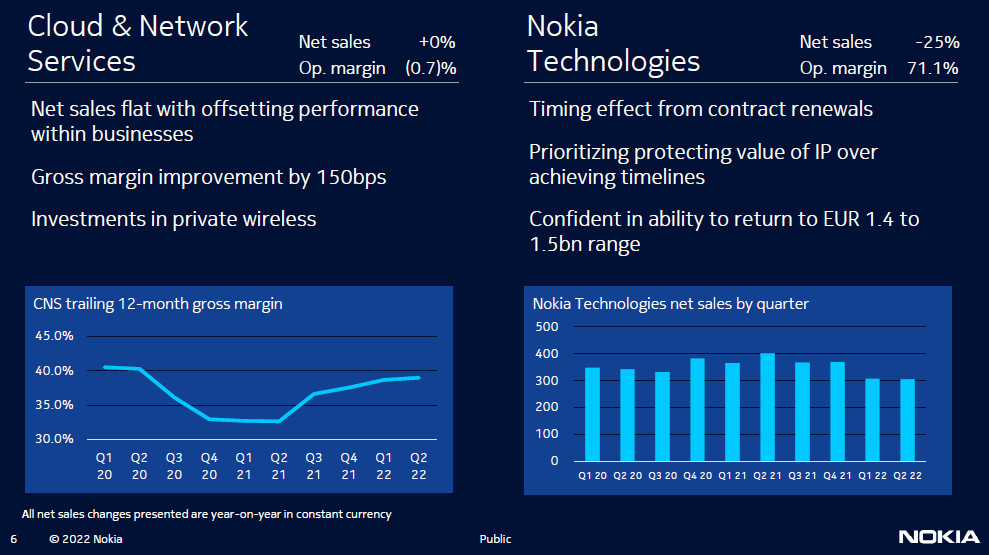 “We have had a strong first half and with our renewed competitiveness, we are well placed to deliver our full year 2022 guidance,” concluded Lundmark. “There remain risks around timing of Nokia Technologies’ contract renewals, potential COVID-19 lockdowns and the supply chain which remains challenging but is showing signs of improvement.” 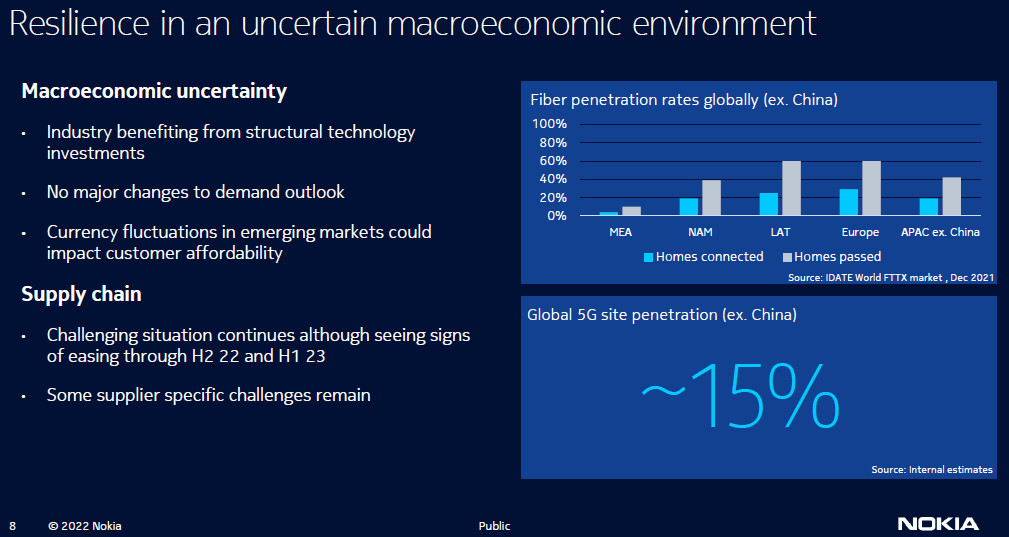 Resilience is about the best that can be hoped for from any company right now. There’s so much strange, unpredictable stuff going on around the world right now that merely navigating it relatively unscathed is a relative win. But life still goes on, as does business, and with nearly all shares having taken a kicking so far this year, it seems investors are receptive to any company that seems to be coping well.

15 Of The Best Sweatsuits For Men That You Could Actually Leave The House In (Updated 2022)
Air travel system is ‘very brittle,’ Buttigieg says. DOT wants to hear traveler complaints
“Big Reveal” by Coco O’Connor
12 Of The Best Hair Putty Options to Get You Through 2022
iPhone 14 Pro Models Said to Offer 128GB Storage, Same as iPhone 13 Series