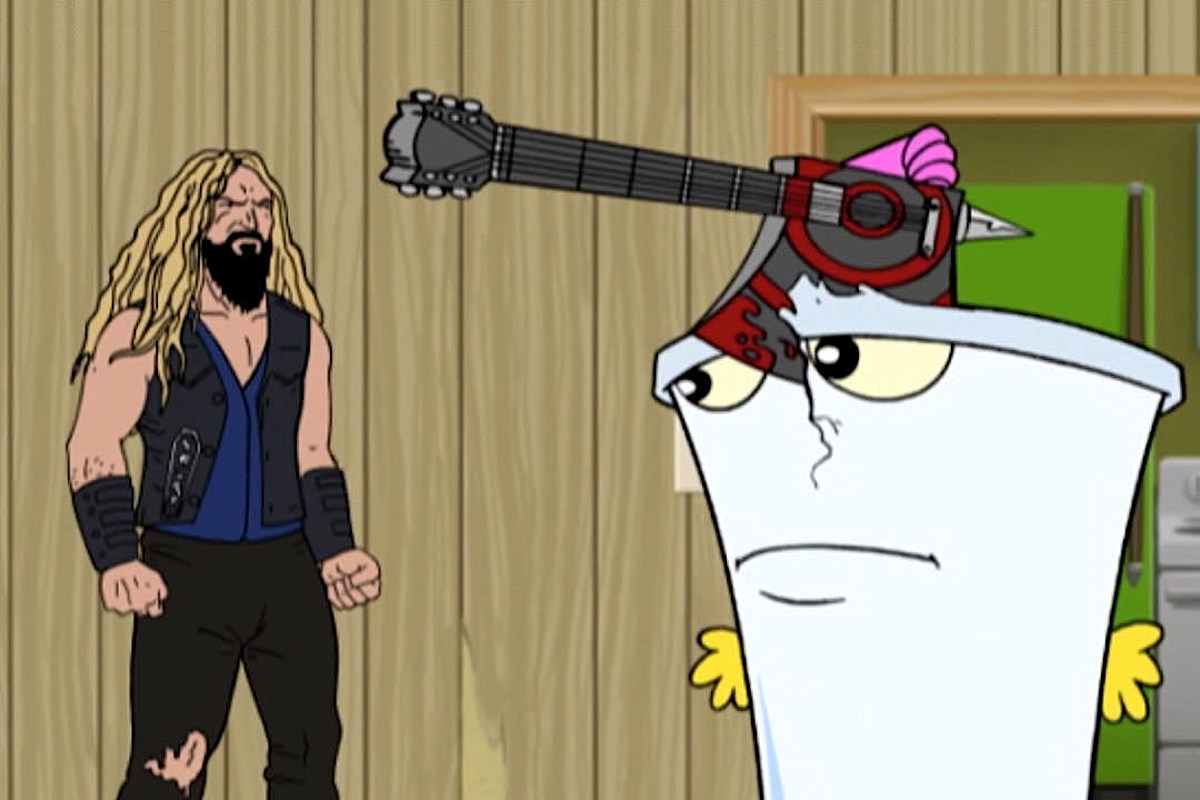 Aqua Teen Hunger Force may be the most gleefully bizarre and irreverent program on Adult Swim, which is truly saying something.

Ostensibly, it follows three anthropomorphic fast food products – Meatwad, Frylock and Master Shake – who live together and thwart villains. In reality, however, the trio spends each episode getting into hilariously surreal and stupid mishaps with equally eccentric side characters.

Like many of its network brethren, the show frequently displays a huge love for metal culture, too, via comical artist cameos, badass song cues, outlandish action scenes and the like.

With 11 seasons and one film under its belt – as well as another movie, Plantasm, on the way – there’s plenty of ludicrous genre goodness to go around.

Thus, we decided to break down the 10 most metal Aqua Teen Hunger Force happy meals that masterminds Matt Maiellaro and Dave Willis have served up thus far.

Lit Hub Daily: August 12, 2022
Dragon Ball Super: Super Hero Review: The Best Dragon Ball Movie Yet
Everything Announced at the THQ Nordic Showcase 2022
16 Of The Best Beard Products To Use In Every Step Of Your Grooming Regime (Updated 2022)
8 Of The Best Colognes Under 50 To Keep You Smelling Good Without Breaking The Bank (2022 Edition)