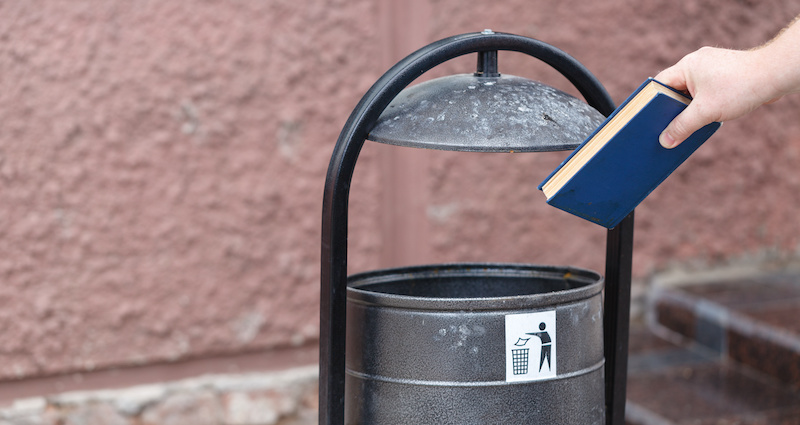 Remember that exhausting parade of Trump insiders and ex-staffers getting book deals for dishy tell-alls? Turns out no one’s really interested in reading them. Politico went digging around NPD Bookscan (which reflects about 70 percent of sales) to get the receipts:

(For comparison, John Bolton’s Hamilton fanfic The Room Where It Happens has sold 680,949 copies, and James Comey’s weed memoir A Higher Loyalty has sold 626,810.)

Peter Navarro did the best of the bunch, selling 80,218 copies of In Trump Time, those as Politico notes, that book, “unlike the others, is less a revelation about life inside the former administration than an ode to Trump’s approach to governance.”

“It’s boring people cashing in by saying the same things they’ve been saying all along,” an anonymous “publishing world insider” told Politico. “If you don’t have big news nuggets, and you’re not telling MAGA what they most want to hear, you’re wasting your publisher’s money. The amazing thing is that Conway, Barr, Birx, and Esper got over 5 million [in advance money] between them.”

“Since he left office, the Trump memoirs have not done great,” another anonymous “top publishing executive” told Politico. “Each of the people who have written a book so far was telling stories that we pretty much already knew.”

Ezra Miller Adds Burglary to Their List of Controversies
‘Succession’ Star Alan Ruck Says Trump Drama Is Crazier Than His Show
Someone Actually Made a Functioning Guitar Out of IKEA Furniture
Alice in Chains Announce Huge ‘Dirt’ Box Set for 30th Anniversary
Snap Reportedly Plans to Lay Off Employees, Managers Discussing Job Cuts for Their Teams