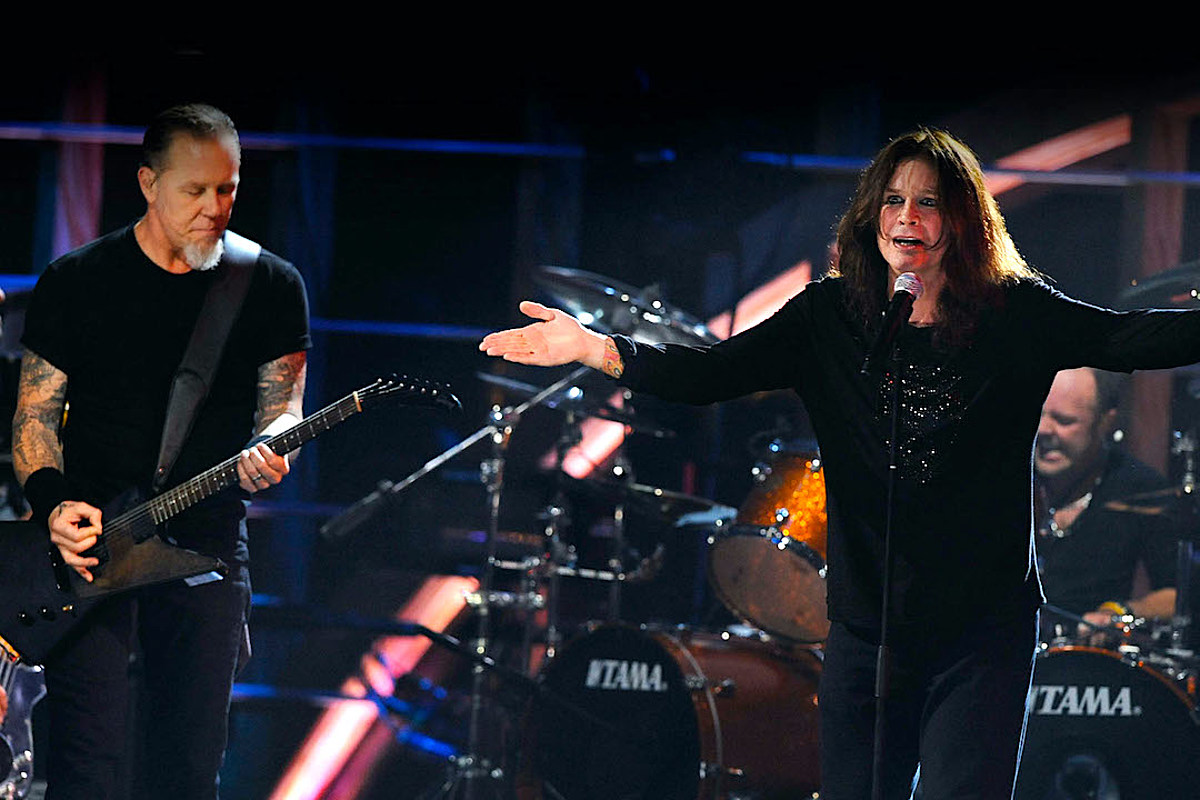 Ozzy Osbourne remembered first encountering Metallica when he took them on the road in 1986. The Black Sabbath legend and heavy metal singer shared what it was like meeting the metal band who were then up and coming, giving thoughts on their ascent.

But he shied away from stories surrounding rumors of Metallica’s hard-partying ways. Osbourne called them a “nice bunch of guys” and mentioned Metallica singer-guitarist James Hetfield‘s many skateboarding mishaps when he talked about their time together.

Metallica opened for Ozzy on the first American leg of his solo “The Ultimate Sin Tour” in 1986. For Metallica, it was the opening leg of their 1986–87 “Damage, Inc. Tour.” Perhaps the joint portion of the trek could’ve been called the “Ultimate Damage Tour,” alas, Osbourne didn’t divulge any debauchery or destruction.

Instead, when asked what Metallica were like, he gave an amusing tale to Metal Hammer. “I remember walking past the dressing room,” he said. “They were playing Black Sabbath. I had no idea they were big fans. I thought they were taking the piss!”

Osbourne continued, “While we were on tour, I’d keep seeing James hanging about like he wanted to ask something. Eventually, he walked up and said, ‘We want to play [Black Sabbath’s] ‘Paranoid’ with you,’ and we were like, ‘Sure!’ Then they showed just how big Sabbath fans they were. [Late Metallica basisst] Cliff [Burton] had a massive smile on his face the whole time.”

Osbourne added, “Of course, it all came back around, when I got up to do it with them at the Rock and Roll Hall of Fame [in 2009], which was brilliant too. … To us, they were just a nice bunch of guys! The wildest we had from them was James, who must have broke his arm three fucking times on that tour skateboarding.”

Injuries aside, Osbourne could sense Metallica were going to be huge. “You could tell just from how the crowd reacted every night,” he said. “But you know, they’re a great band. I remember it all really took off when they put out ‘The Black Album.'”

As luck would have it, current Metallica bass player Robert Trujillo would later perform with both Ozzy and Metallica. The onetime Suicidal Tendencies bassist joined the former in the late ’90s. He became a member of the latter in 2003 to replace Jason Newsted.

“Rob has always been a great friend of mine,” Osbourne said, offering some insight into Trujillo’s switch from Ozz to Met. “He’s a great bass player and a great guy. He’s the only guy who, when it came time to move, did things the right way. I always ask that the guys who play with me, if they get another offer and want to move on, that’s fine, just don’t drop me in the shit, give me time to get a replacement. Rob’s the only guy who ever did things right by me for that.”

In recent Ozzy news, Osbourne tested positive for the coronavirus, as did his wife, media personality Sharon Osbourne. Around the same time, their daughter Kelly Osbourne confirmed she’s pregnant with child with her partner, turntablist Sid Wilson of the metal band Slipknot. Last week, Metallica were surprised to learn a baby was born at one of their concerts. Hetfield called to congratulate the mother.

It’s unclear when the Metallica-focused Metal Hammer interview with Ozzy was conducted. Relive Metallica’s 2009 performance with Ozzy in the video below.

Was You’ve Got Mail Trying to Warn Us About the Internet? (Or Telling Us to Give Up?)
Singapore’s air travel is rebounding despite China’s border restrictions, transport minister says
How Austin Butler Resurrected Elvis
10 of the Best Poems about Ambition and Aspiration
Lit Hub Daily: May 20, 2022