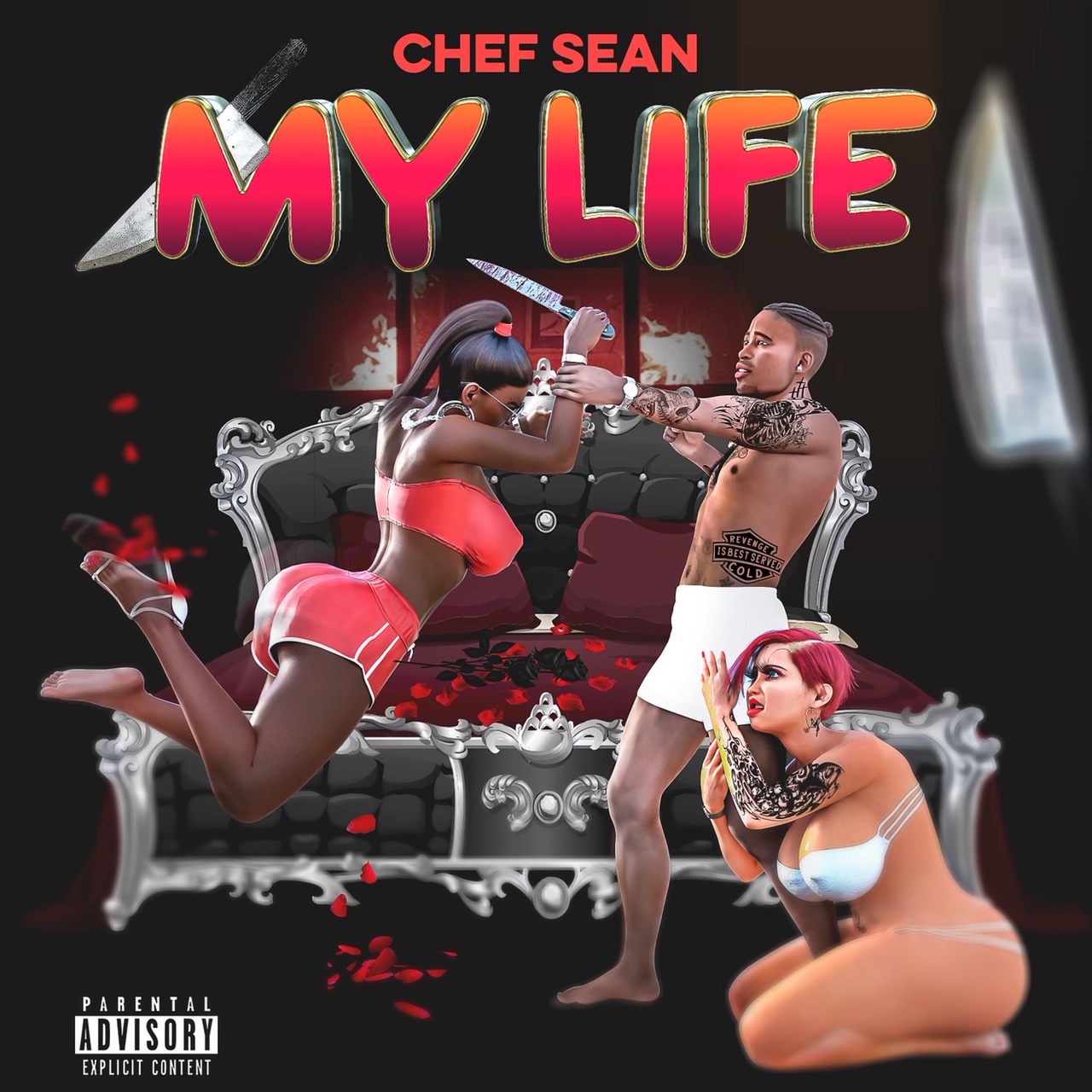 In this debut LP, Chef Sean fearlessly showcases his trademark creativity, mixing various production and music styles to keep his audience on the edge of their seats. For this project, the rapper reached out to ASCAP award winner Rodney “Lil Rod” Jones. The producer of Benihana has worked with Mary J. Blige, Ice Cube, and Jack Harlow. He is the musical mind behind Chef Sean’s “Shake,” “Walk,” and “Groomed Different” – all tracks on this solo album.

Songs like “Runaway” deliver a wizkid-type Caribbean rhythm. “Good Dope” offers the hard-hitting sound of South Side Chicago alongside the up-and-coming artist OkDeazy, currently burning up the underground streets.

Fans will also recognize “Oh My God,” an instant favorite on constant rotation by top SIRIUSXM DJ’s. The pumping single can be heard on Shade 105’s “L.A. Leakers” with Justin Credible, The Heat’s “Mina’s House” with Minasaywhat, and the Music Choice channel.

Features include Atlanta artist OG Maco, known for the breakout single “U Guessed It” which weighed in on Billboard’s “Hot 100.” Fans of rapper Blake Kelly, most recently noted for collaborations with Justin Bieber, can also look forward to more of the hard-hitting bars they love.

The Ukrainian producer Luvre gives two songs on this album an international flair: “Accomplished” and “You.” With much regard, Chef Sean and the Robstar Music team send out a special prayer to him and his family.

He has been recognized as Core DJ’s Artist of the Year with nationally syndicated radio airplay. To discover more about Chef Sean, follow @TheRealChefSean on Instagram.

To hear “My Life”

Guess Who This Smarty Pants Turned Into!
Chart-Topping Rapper Lil Tjay in Surgery After New Jersey Shooting
‘Staying afloat’ is the priority of a quarter of UK SMEs – Vodafone
15 Of The Best Tank Tops For Men To Meet Every Seasons Needs (2022 Edition)
Teach Julie Otsuka’s books in schools, cowards!