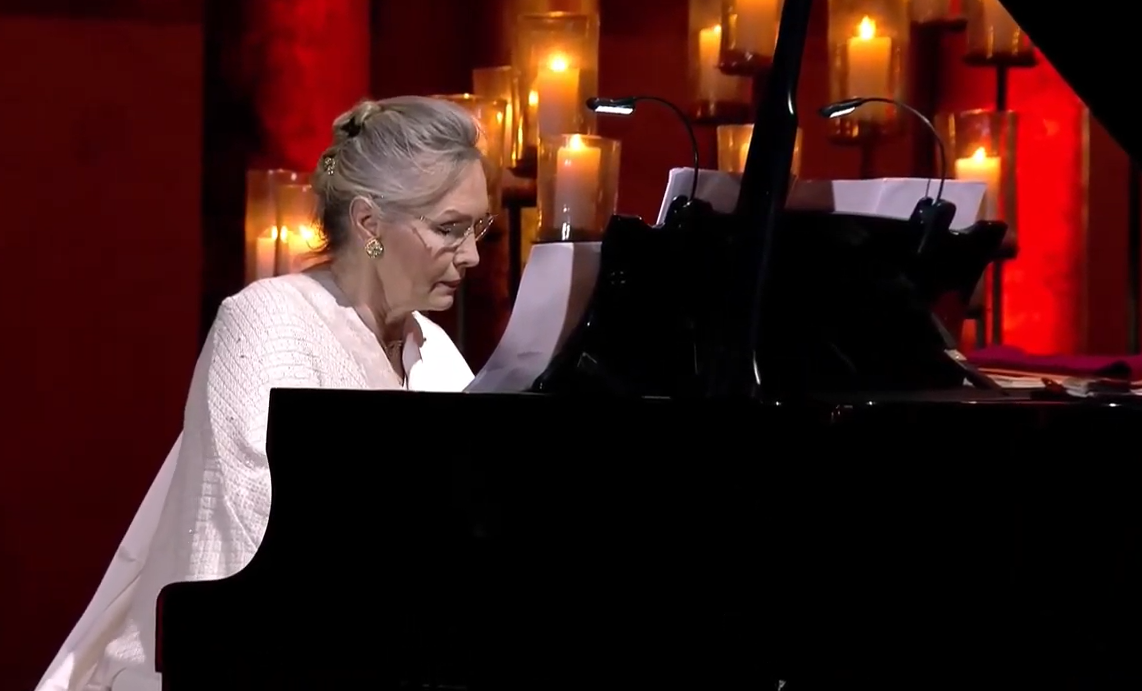 From the opening selection “Nocturnes, Op. 9 No. 1_No. 1 in B-Flat Minor” to the closing “Nocturnes, posth._No. 21 in C minor” French pianist Elizabeth Sombart tickles the ivories with refinement in her 21-song album, Singing The Nocturnes. Sombart cultivates Frederic Chopin’s masterpieces into a splendid experience. It’s been said and it sounds cliché, that music is the universal language. So is love. Coincidence? Chopin (1810-184 grew up in Warsaw, Poland, lived during the Romanticism age (not to be confused with the New Romantics era that emerged in the UK in the late 1970s featuring such artists as Duran Duran, A Flock of Seagulls and Boy George). Certainly the worldview and the culture is nearly recognizable to us living today, but what hasn’t changed are the goose pimples you feel listening to the cascading piano keys or the savory rhythms.

Rousing just enough to pepper into the midnight air, these ‘nocturnal’ pieces are considered Chopin’s opus. Sombart embarks on a sonic journey that many have challenged, but few can capture the ethos. I can’t begin to count the number of practice hours and studying the former Strasbourg Conservatory student and first-prize at the National Piano and Chamber Music Awards’ winner has dedicated to mastering these works. It’s staggering to think of the talent needed to capture the wispy moments that factor just the same as the faster-charging arrangements. Sombart, who studied under such notables as Argentinian Bruno Leonardo Gelber, German-born and London-based Peter Feuchtwanger and Austria’s Hilde Langer-Rühl is the rudder to the ship. She never lets the listener go off course or feel off balance. Each piece is like a linear movement that expands into an introspective charted course.

Listening to the entire album, all 21 pieces, might scare off some listeners. It shouldn’t. I would also suggest this song to introduce young listeners to classical music. It has moments of euphoria and rare beauty that pop music can never achieve. Young piano students, too, will find Sombart’s playing style inspiring. She certainly has set the bar very high. Maybe it’s time to bring back Romanticism – only this time it will be a pop culture movement based on Chopin’s work with Sombart at the helm. His masterpieces are in great hands.