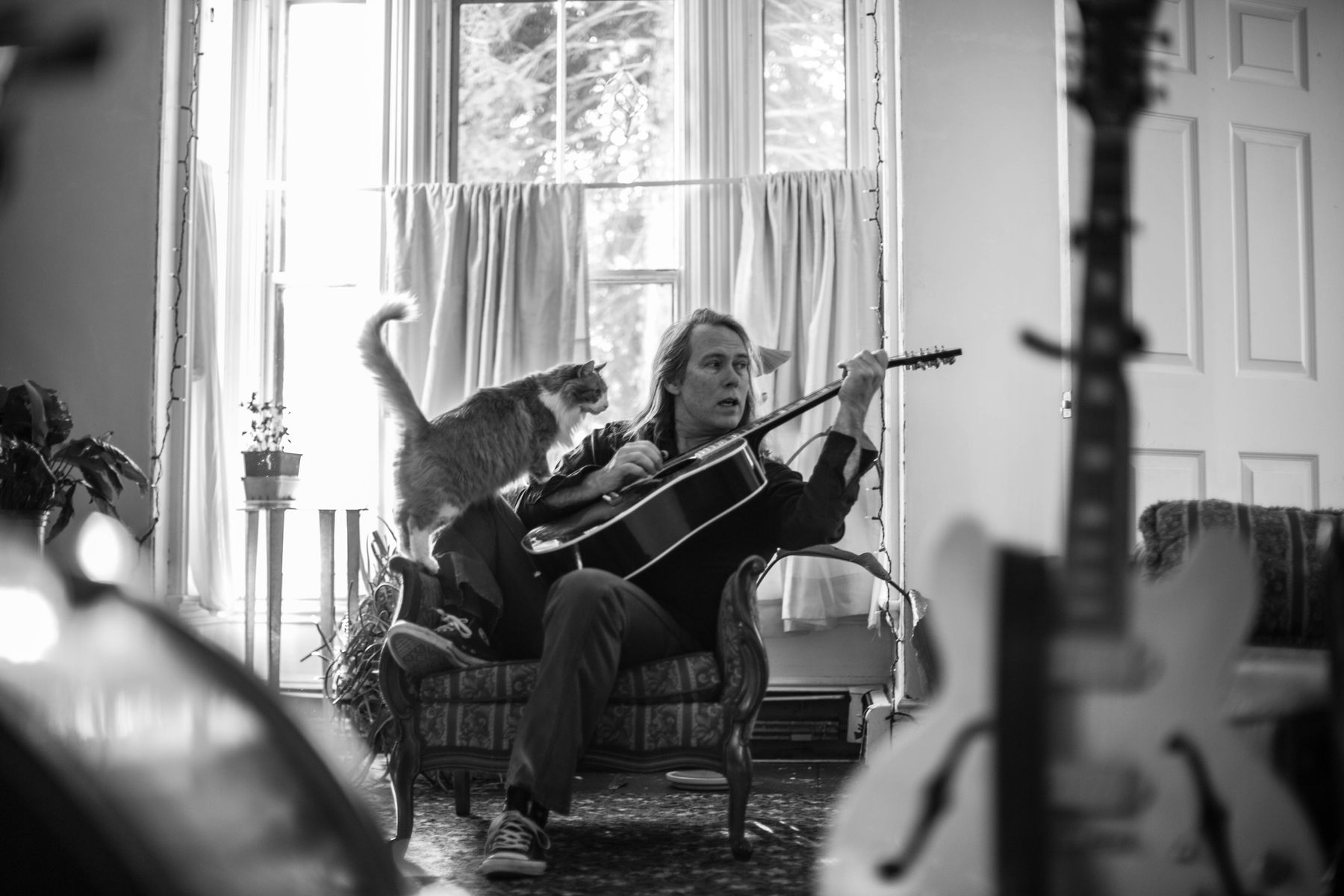 Striking folk-rock is starting to feel like the “it” sound of 2022, despite the fact that the year hasn’t even arrived yet, and artists like indie player Eric Colville are absolutely the reason why. Colville doesn’t ask for permission to dive deep in his new album Philadelphia; he cuts into the core of his own soul right off the bat in the title track, effectively setting the tone for everything that we hear in the following songs. Philadelphia poses questions to the listener that its singer rhetorically answers with his moving poetry, and despite the insularities of his lyrical style, this is nonetheless a really relatable LP – and one that I can listen to a couple of times through without feeling sonically jetlagged.

Colville isn’t the type of artist to get hesitant when he has something he wants to say, and songs like “End of War” and “The Dash” prove as much every time I hear them. He pushes himself when there’s a compositional wall to climb, and I get the idea that he’s actually going out on a creative limb with a lot of this material if for no other reason than to see what he can express when everything is on the line. To my delight, his efforts produce some evocative content on the other side of every push of the play button in Philadelphia, and this isn’t something that can be said for every singer/songwriter album currently out and making a splash with the underground at the moment.

I love how confident Eric Colville sounds no matter what the speed of his singing happens to be, and “Shadow of a Doubt,” “Afraid to Dance,” “Remember to Forget,” and the stoic “Be Alright” would have made a perfectly acceptable EP for this very reason. Though I’m not about to say that Philadelphia is oversized, it definitely has the feel of two records combined into one – in the best way possible, mind you. There’s nothing that this guy is going to withhold when he’s at the helm of a project, and if he had any doubts about what he could do in the right circumstances ahead of recording this LP, I don’t think he’ll be lacking in swagger when he realizes how amazing a work this really is.

There are no two ways about it – I can’t wait to hear more from Eric Colville as he gets his foot inside of the mainstream door and depending on the kind of radio presence this record ends up cultivating, I can see his transition from the indie circuit to the big leagues a lot sooner than some of his contemporaries are going to. He has everything going for him in Philadelphia, and if you haven’t experienced what he can do for yourself just yet, this is an album that you’re going to need to get your hands on before being relegated to the dreaded ‘bandwagon fans’ category of listeners that no one who loves music ever wants to be deemed a part of.

Karl Urban on Learning from Anthony Hopkins and Xena: Warrior Princess
Mission Impossible 7 & 8 Director Reveals Reason for Dead Reckoning Name
Why the Babydoll Dress is a Timeless Summer Staple
Bodies Bodies Bodies is a Vicious Parody of Online Culture and a Tight Little Murder Mystery
Bharti Airtel reportedly has plans to hook up 5G in 5000 towns by 2024