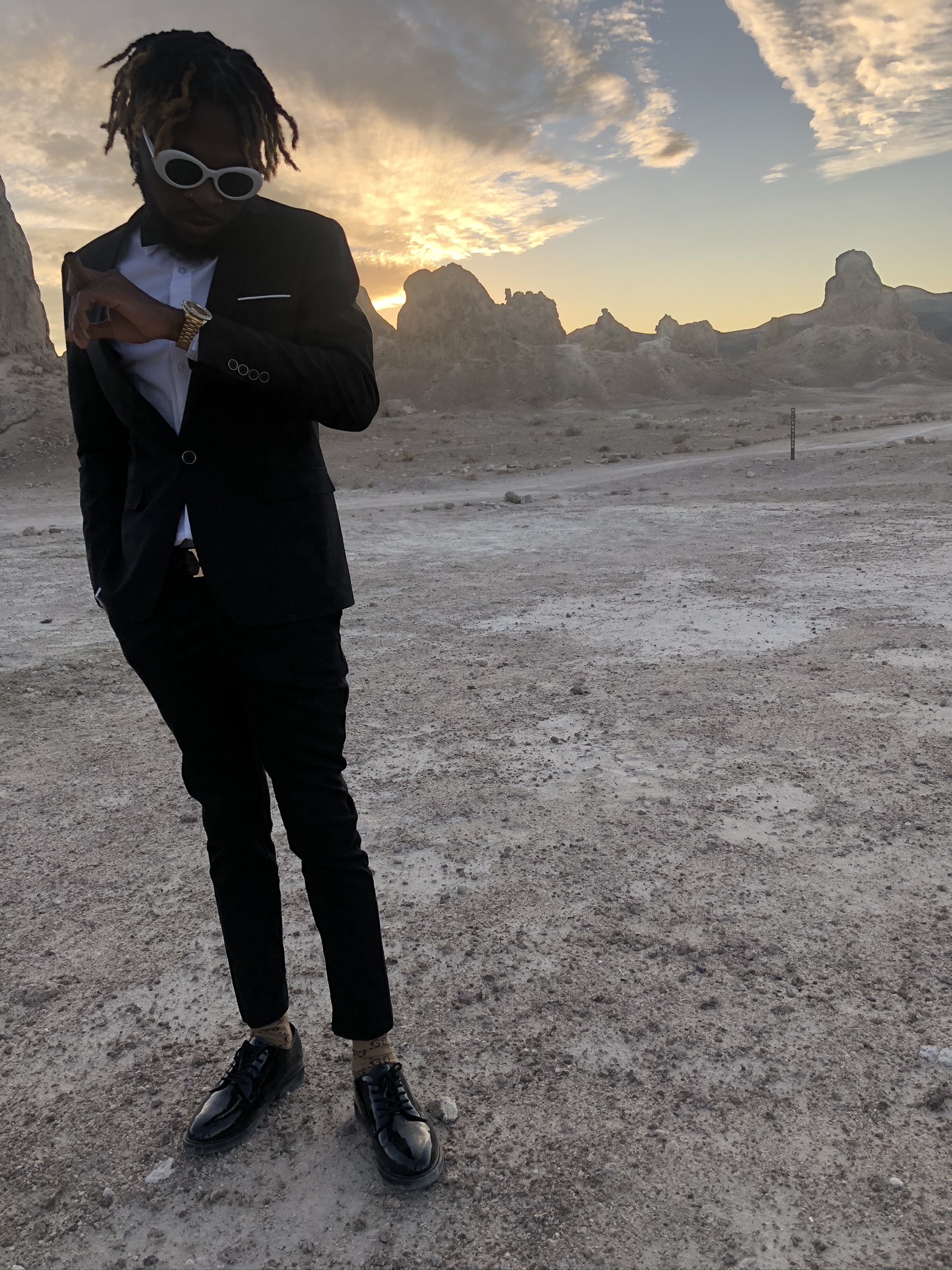 It is not hard picturing a young Vikki SOTA daydreaming before sleep or during school about a day when he’d have the money to buy a nice pair of shoes or entertain thousands upon thousands like his musical heroes. His dreams became his goals and that is what motivated him. He clutched the proverbial bull by its horns and steered life in the direction of his choosing.

It led him to the California sun and, specifically, the Hollywood area. He established his own recording studio in the area two years ago. The studio should be considered, at least in part, SOTA’s way of giving back to his professional community. He is frequently offering promotional efforts designed to stir up business, of course, but likewise conceived with the idea of aiding other musicians and performers as much as possible.

I enjoyed his recent single “Run Up My Bands” and expect that his new EP, Genesis, will also be a hit. It’s refreshing for me, however, encountering a wildly talented performer who fits into few of the customary boxes we expect with their counterparts. Music is, without any doubt, a huge part of SOTA’s life and love, but it is not the complete man. Many others, removed from the familiar world of music and performance, seemingly wither on the vine but not SOTA. He draws energy from the recognition and surges on.

I believe this enriches his worth as a musical performer and songwriter. The man appearing in the video and taking over during the recording sounds like he has been doing this for decades, yet wakes up every morning with the same eagerness to perform. In music, in business, in life, SOTA loves what he does and when that is the case, people cannot help but respond positively.

Highly driven people such as SOTA often come across as distant or even unapproachable. There is nothing about his public persona or art, however, that suggests he’s anything less than a relatable and well-grounded human being.

He is blessed with potent talents few of us know and uses them with a deft and confident hand. His ride from childhood to the present likely means he has the sort of mentality capable of handling wide mainstream success rather than wilting under its glare. Vikki SOTA’s visibility grows by the day; it will be nothing less than shocking if this Minneapolis native isn’t a household name within the next five years or less.

“Panic” EP by Australian Mary Broadcast
Daftar Situs Slot88 Gacor Gampang Jackpot Terbesar
The One and Only Dici, is at it Again
SAN DIEGO REFUGEE STAR2 IS NEXT HIP HOP STAR
Actor Linda Collins Turning Heads Around Hollywood and Beyond